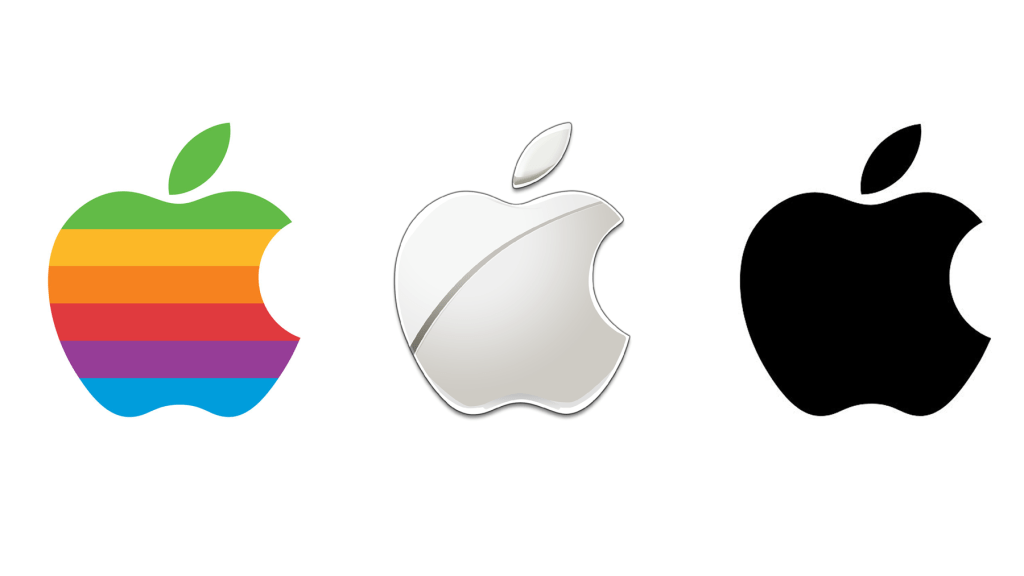 There can be very few companies that have had the same kind of impact on the modern world as Apple. From ushering in the age of true smartphones to making wearable tech that has already saved people’s lives, there’s plenty that Tim Cook and crew can be proud of as the company looks towards its 50th birthday in a few years’ time.

To celebrate the end of the decade, we’ve put together a timeline of the major milestones in the story of Apple. 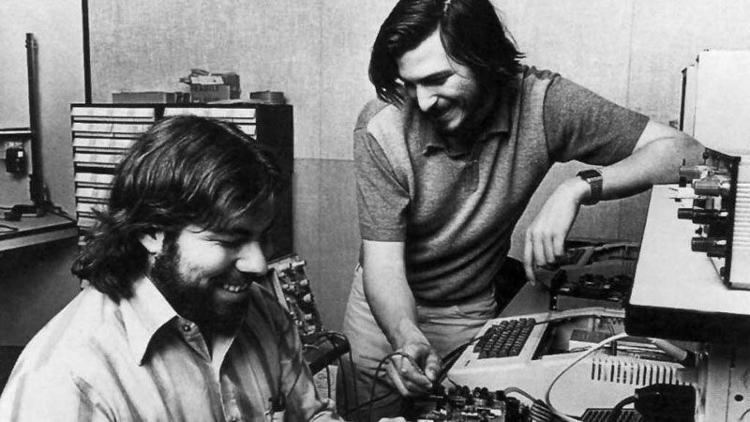 April 1976 – Apple Computer Company is formed by Steve Jobs, Steve Wozniak and Ronald Rayne. The latter would sell back his share a couple of weeks later, but the two Steves carried on with the release of the Apple I PC in July of the same year.

This initial model came as a motherboard, with users needing to provide a keyboard and monitor, and build their own case! 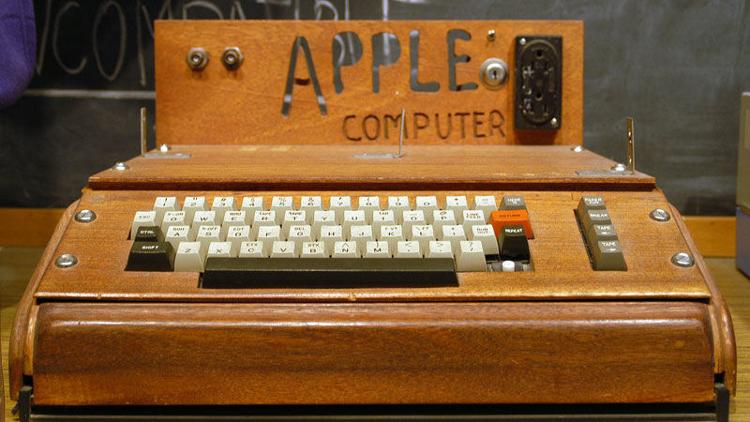 June 1977 – The Apple II is introduced at the West Coast Computer Faire.

June 1979 – The Apple II Plus is released, replete with the Microsoft authored Applesoft Basic. 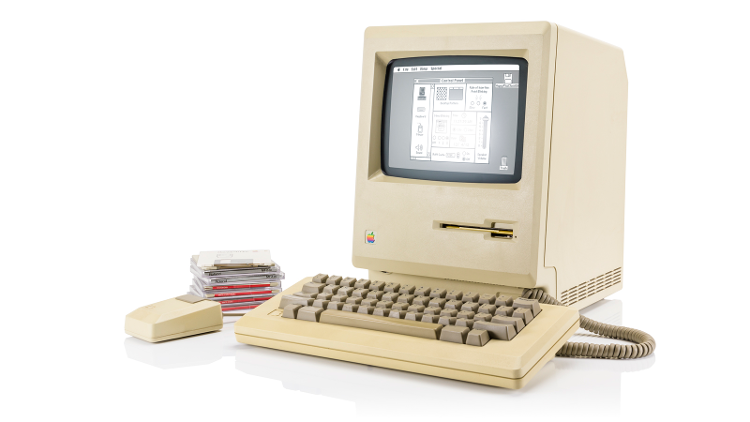 April 1983 – Steve Jobs hires Pepsi-cola President John Sculley to become Apple CEO by challenging him with the question ‘Do you want to sell sugared water for the rest of your life? Or do you want to come with me and change the world?’.

February 1985 – Steve Wozniak leaves Apple, remarking that the company ‘had been going in the wrong direction for the last five years’.

September 1985 – After a boardroom battle with John Sculley, Steve Jobs resigns from Apple and goes off to found NeXT Inc.

January 1986 – Macintosh Plus is released with more RAM and power than the 1984 breakthrough model.

September 1989 – Apple closes out the decade by introducing its first laptop in the shape of the Macintosh Portable. 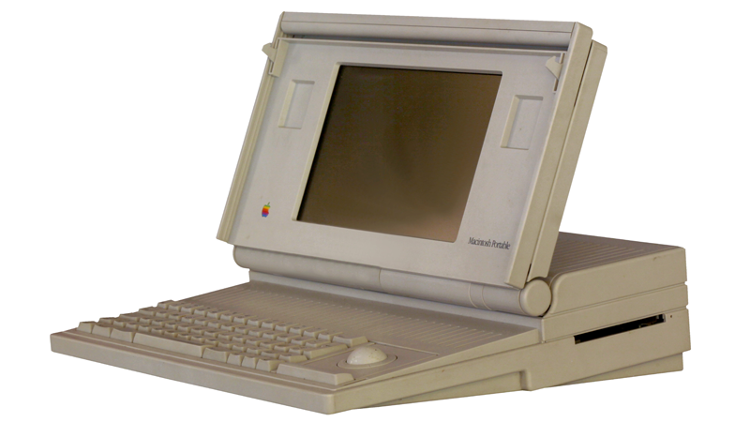 August 1993 – The Apple Newton MessagePad is released. This Personal Digital Assistant (PDA) debuted with a stylus and handwriting recognition software. The device proved moderately successful and was followed by several other models, some of which were worked on by Jony Ive. 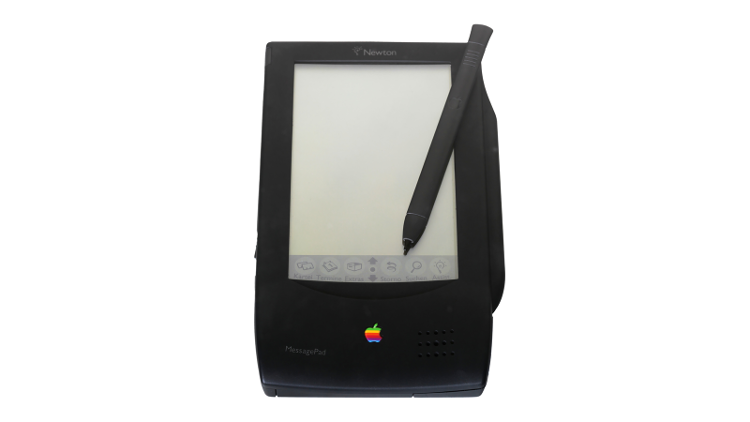 February 1997 – After years of stagnation and falling revenue, Apple buys NeXT computers to acquire its operating system. Steve Jobs returns to Apple as part of the deal. At this point Apple is almost bankrupt.

September 1997 – Steve Jobs is named Interim Chief Executive of Apple, putting him back in charge of the the company he started. Jony Ive is promoted to senior vice president of industrial design.

August 1998 – The Jony Ive era begins with the introduction of the colourful, modern iMac G3. Designed by Ive and Danny Coster, the iMac took the computer world by storm as it breathed life into an otherwise beige landscape. 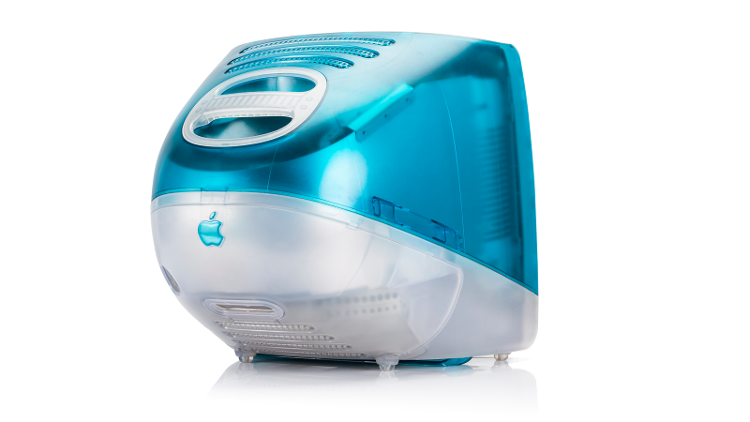 July 1999 – Apple close out the decade by giving its laptops and towers the Ive treatment with the debut of the iBook G3 and shortly afterwards the Power Mac G4. 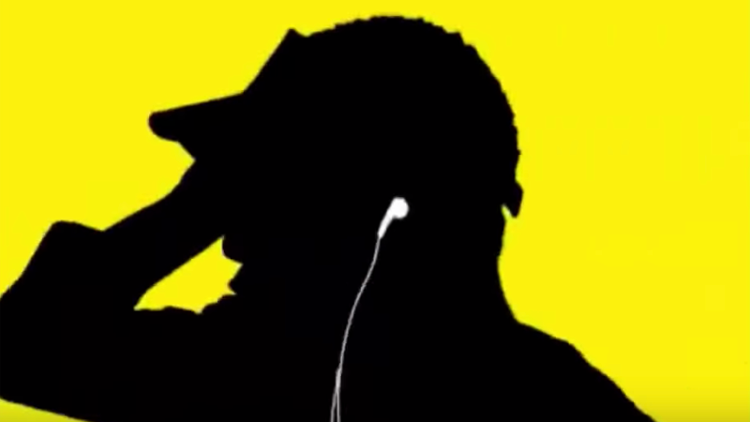 May 2001 – First Apple Stores are opened

October 2001 – Steve Jobs unveils the iPod, with the classic tagline ‘1000 songs in your pocket’.

January 2002 – iMac G4 arrives with its beautiful angle-poise-lamp style design. Still one of the best-looking devices Apple ever made. 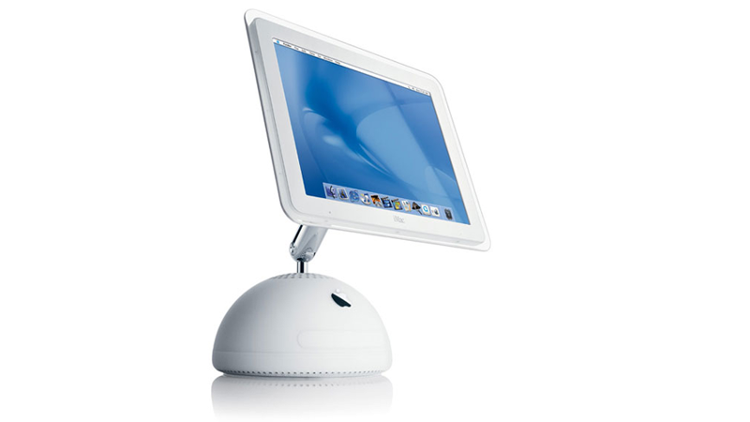 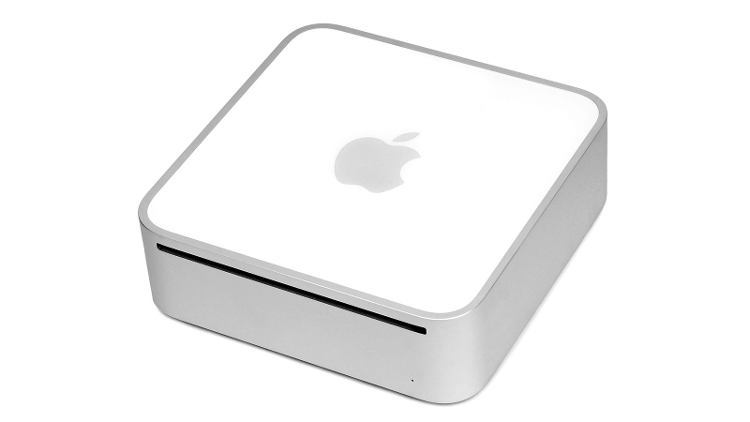 September 2005 – iPod Nano is added to the lineup, followed a month later by 5th Generation iPod that brought with it video playback capabilities for the first time.

January 2006 – Apple replaces the iBook with a new MacBook. The name would also transfer later this year so that PowerBooks became MacBook Pros, replete with aluminium chassis and MagSafe connectors.

May 2006 – Get A Mac advertising campaign begins, with sketches starring John Hodgman and Justin Long. Such was the popularity of the ads that over 60 were made and the series ran until 2009.

June 2007 – The moment when Apple changed the tech world forever. The iPhone is launched. 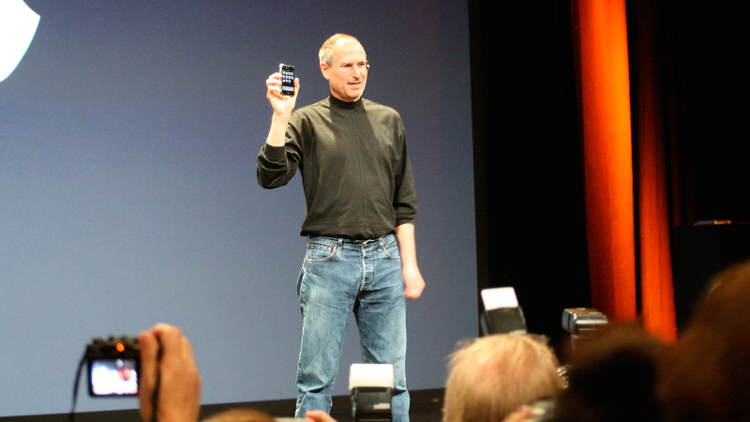 Image by Noboyuki Hayashi under a Creative Commons license

September 2007 – Following in the touchscreen steps of the iPhone, Apple launches the iPod Touch.

January 2008 – Steve Jobs, in a moment of exemplary stagecraft, pulls the new MacBook Air out from inside an envelope and a legend is born.

July 2008 – The iPhone is updated to the new iPhone 3G model which boasted increased network speeds thanks to the eponymous 3G capabilities. Apple also launches the App Store, bringing with it expanded capabilities for the iPhone and a revenue stream that would continue to grow to this day.

January 2009 – Apple announces that after coming to agreement with the various records companies, all tracks sold on the iTunes from this point on would not contain DRM protection, making them usable on devices other than those made by Apple.

Steve Jobs also told Apple that he would be taking a six-month sabbatical for health reasons. A sad portent of what was to follow.

July 2009 – iPhone 3GS is launched. The last of the plastic phones for a few years. 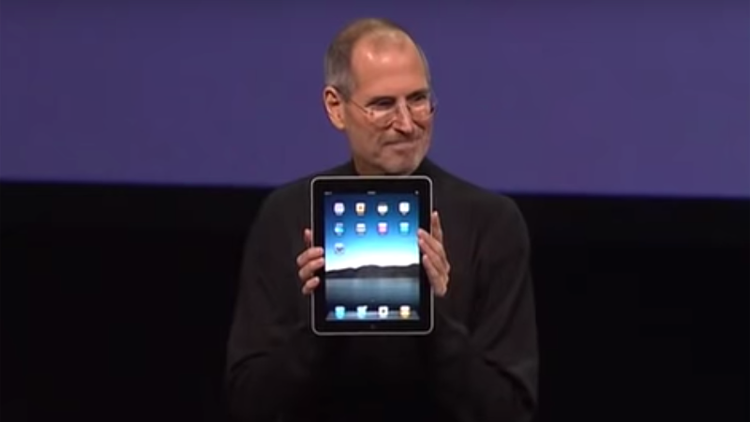 April 2010 – Apple practically invents a product category and then goes on to dominate it for the next decade. The era of tablets begins with the iPad.

June 2010 – Jony Ive continues to raise the standard for the tech industry as the gorgeous iPhone 4 is revealed to the world. 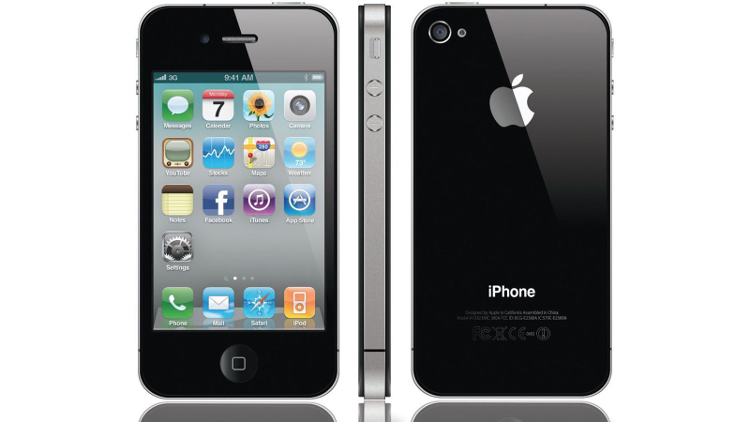 June 2011 – iCloud is launched, with Steve Jobs taking to the stage for one final time.

October 2011 – iPhone 4S is revealed, featuring the new HD Retina display. The launch is overshadowed though by the news that Steve Jobs, the man who started Apple and then returned to save it, died the next day from pancreatic cancer. 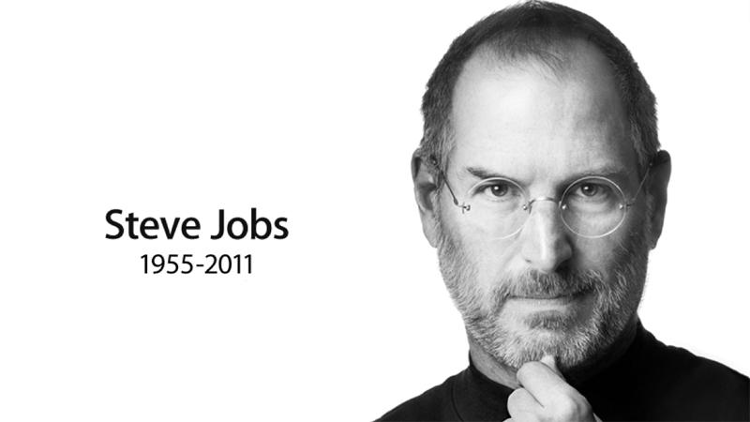 March 2012 – The iPad 3 makes its debut, featuring a retina display. Curiously, it would be replaced only six months later with the more powerful iPad 4 that also saw a switch to Lightning connectors.

September 2012 – iPhone 5 is launched with a taller 4in display, marking the first change in the screen size of iPhones, and the new Lightning connector. 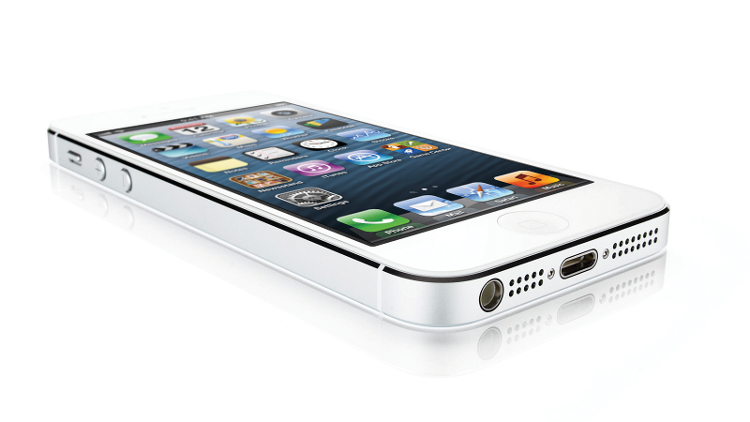 November 2012 – iPad Mini is launched, while the iMac (Late 2012) appears with a new slim-line unibody design that remains practically the same on today’s models.

September 2014 – For the first time Apple releases two iPhones in new sizes. The iPhone 6 came with a 4.7in display, while the iPhone 6 Plus had the comparatively huge 5.5in screen. 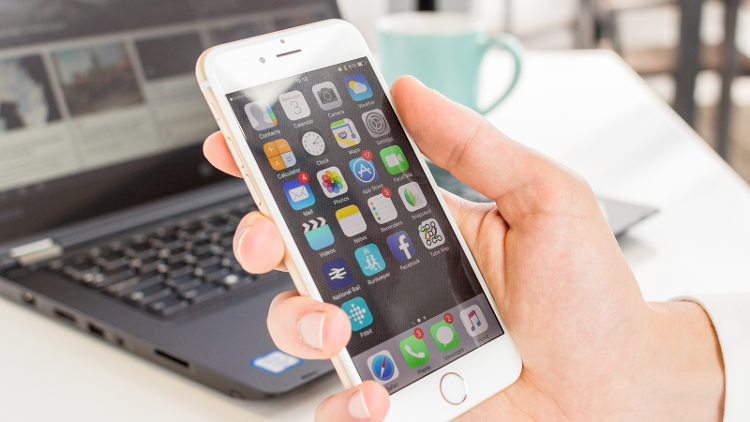 October 2014 – Apple updates its tablet range with iPad Air 2 and iPad Mini 3 both of which feature Touch ID. It also releases the hugely impressive iMac with 5K Retina display.

April 2015 – The Apple Watch is launched as is the new ultra-slim MacBook featuring the controversial butterfly keyboard. 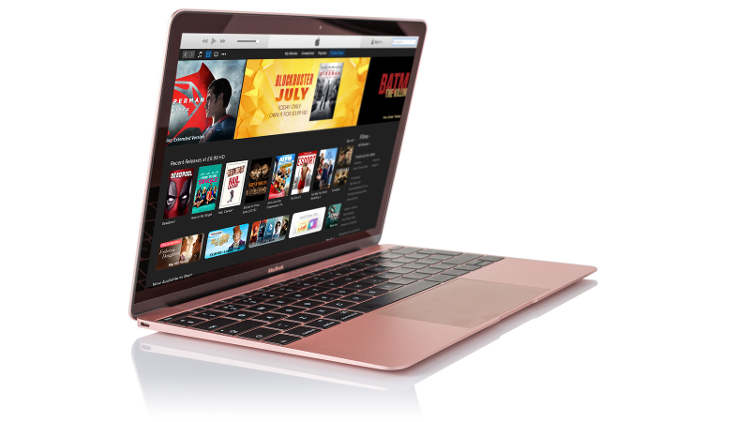 March 2016 – iPad Pro 9.7in joins the family and Apple surprises everyone with the introduction of the rather wonderful iPhone SE. 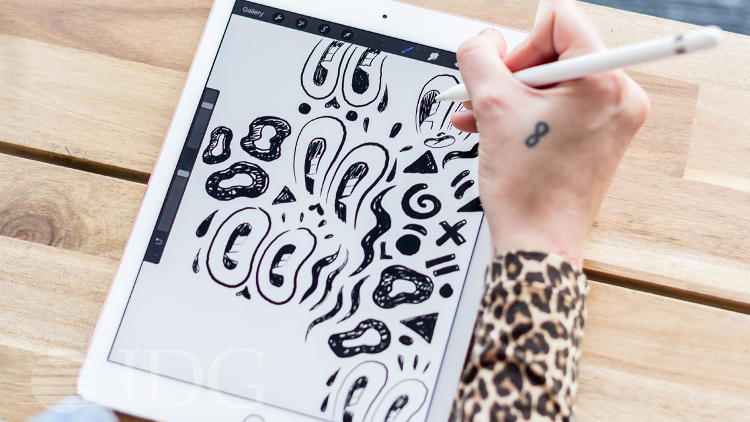 December 2016 – Apple end the year by pulling the covers off its new wireless earbuds, the now ubiquitous AirPods. 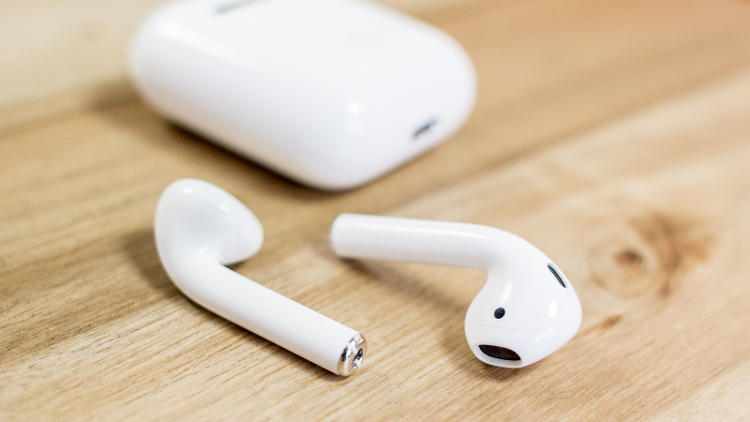 March 2017 – A new, cheaper iPad is launched followed a couple of months later with an update to the iPad Pro 12.9in and the introduction of a new size with the iPad Pro 10.2in.

September 2017 – The new Apple TV 4K brought streaming into sharper clarity, while the Apple Watch Series 3 saw the introduction of LTE connectivity, and the iPhone 8 and 8 Plus models added wireless charging to the smartphone’s bag of tricks. 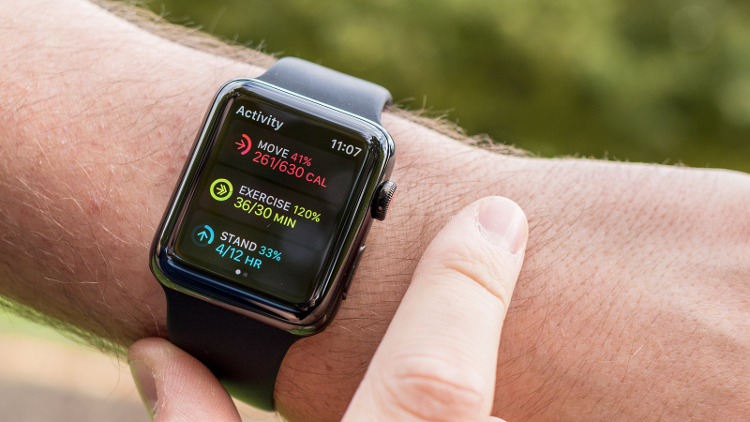 October 2017 – To celebrate a decade of iPhones, Apple pulled out all the stops and presented the iPhone X to the world. Hugely expensive and equally impressive. Face ID, gesture control, and oh yes, the notch.

December 2017 – But that was not all, as Apple snuck in the release of a little thing called the iMac Pro before Christmas. Black was back. 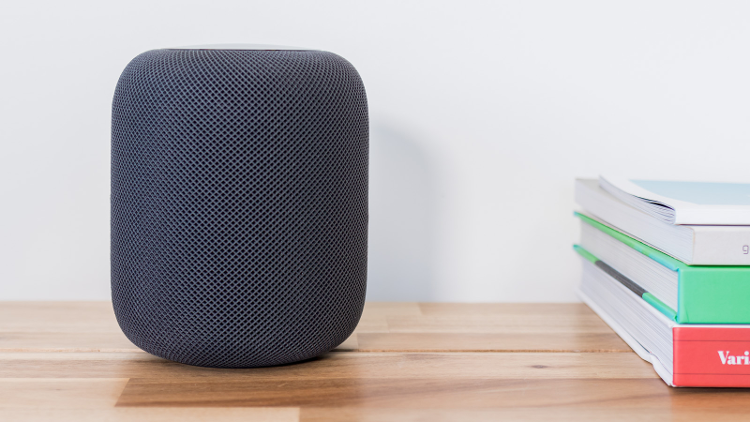 September 2018 – A large display graced the Apple Watch Series 4, while the iPhone Xs and iPhone Xs Max brought the splendour of the iPhone X to different sizes. These were swiftly followed by the marginally cheaper iPhone XR.

November 2018 – Not satisfied with all these riches, a new Apple Pencil was thrust upon the unsuspecting public, as where the pricey but very nicey iPad Pro 11in and iPad Pro 12.9in. Plus there were redesigns for two stalwarts, as the MacBook Air and Mac Mini made a comeback. 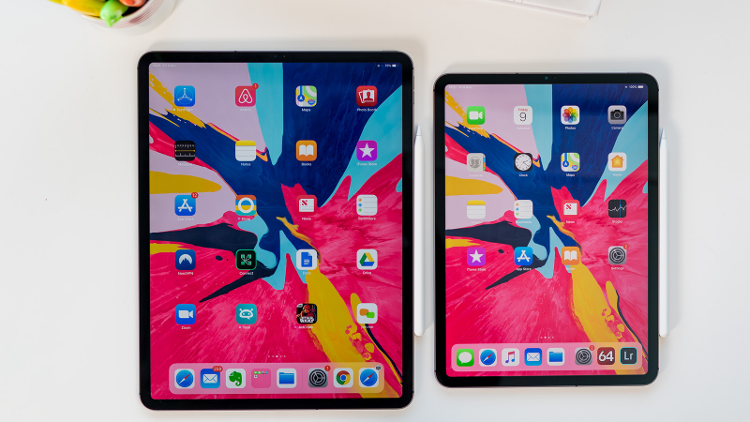 March 2019 – As the 2010s drew to a close Apple went on a charge to update an innovate. A new iPad Air was launched, bridging the gap between the budget iPad and expensive Pros, while the AirPods got an update to include wireless charging.

June 2019 – Jony Ive announces that he will be leaving Apple before the end of the year to start his own independent design company. 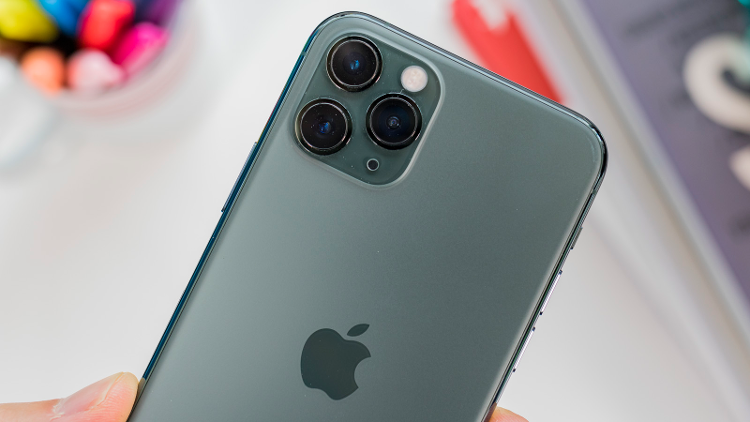 November 2019 – In what feels like an unintended tribute to Steve Jobs, Apple had one more thing before the decade ended. The AirPod Pros made their way to the stage, with noise cancelling technology, IPX4 waterproofing, an adaptive EQ, and price that made the standard AirPods look cheap.

Now as the 2020s begin, we wonder what Apple will add to its impressive tally? Take a look at our New Apple product predictions for 2020 to find out.