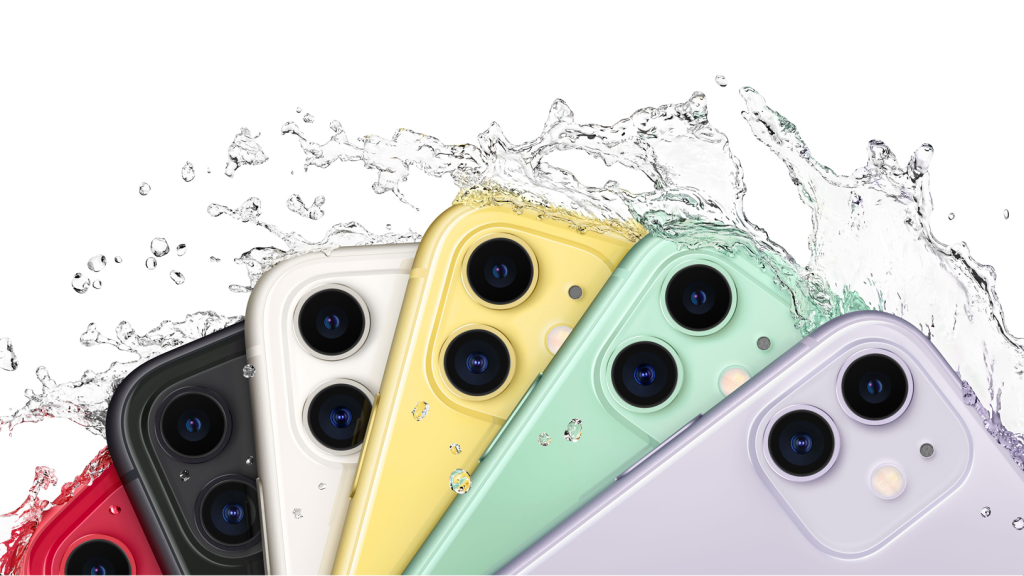 It’s considered normal now for smartphones to survive tumbling into bathtubs, heavy rain fall, or in some cases even swimming in the sea. But, not all waterproofing is the same and getting it wrong can be disastrous. Here’s our guide to how waterproof your iPhone really is and where it is safe to venture.

Are all iPhones waterproof?

No. Waterproofing is a relatively new addition to iPhones, with the first IP Rating (that’s the industry standard which certifies how much water a device can endure) appearing on the iPhone 7 and iPhone 7 Plus.

So, if you have any model before those two, we suggest keeping it well away from precariously balanced cups of tea or any waterparks.

Can I take my iPhone in the sea?

Ah, well, that’s another no. You see IP Ratings are on a scale, with different tiers representing the level of protection from liquids. Some merely mean devices can be out in a light rainfall, while others assure you that underwater photography in pools is perfectly safe.

To make things simpler we’ve broken down the various IP ratings below along with the iPhone models that qualify. The codes are made up of two numbers, with the first representing dust-proofing and the second waterproofing.

All iPhones with an IP rating are completely dust-proof, with a rating of 6, so assume that as read when looking at the codes below.

Warning before you begin

While these ratings are a good guideline, Apple states that ‘Splash, water, and dust resistance are not permanent conditions and resistance might decrease as a result of normal wear. Liquid damage is not covered under warranty, but you might have rights under consumer law.’

The laws in question differ from region to region, so be sure to read up on them before taking your iPhone out for a dip. If your iPhone is a few years old, then by Apple’s description it seems possible that the IP Rating it began with might no longer apply. Sadly, there’s no way to test this except for getting it wet. Not ideal.

Apple outlines on its site a number of situations to avoid if you want to prevent water damage on your iPhone. These include the following;

Note that Apple was fined by the Italian competition authority for misleading customers about waterproof iPhones. The group said that Apple “tricked customers” by not covering the iPhones if they received water damage.

IP67: Dropping a phone in a sink filled with water or spilling your pint

This rating signifies that your iPhone can survive total immersion in liquids for depths of up to one metre and a maximum of thirty minutes.

So, it would be reasonable to assume that washing the device by running it under a tap if it gets dropped in the mud would be safe. As would any spillages, accidentally dropping it down the toilet or getting drenched in the rain.

It would also seem reasonable that taking it in the shallow end of a pool for a short period wouldn’t have any adverse effects, but the disclaimer from Apple outlined above does make this seem precarious. The sea is a much riskier prospect, as the salt-water and unspecified depths pose more of a danger.

Here are models with this rating;

This IP68 rating certifies that a device can be immersed in up to 2 metres of water for up to thirty minutes.

Obviously, this isn’t much of an improvement over the IP67 rating explained above but does mean that dropping it in a shallow river or swimming pool might not as fatal as it first seems.

The models with this rating are as follows;

Yes, we know that this is the same rating, but curiously there are sub-ratings within larger ones. With a couple of iPhones, the IP68 rating means that they can be submerged in up to four metres of water for a maximum of thirty minutes.

This is true for the following models;

The iPhone 12 and iPhone 12 mini, iPhone 12 Pro and Pro Max are also splash, water and dust resistant with a rating of IP68 (IEC standard 60529). But they go one better than the 11 Pro models – with a maximum depth of six metres up to 30 minutes.

Apple does specify that: “Splash, water and dust resistance are not permanent conditions and resistance might decrease as a result of normal wear. Do not attempt to charge a wet iPhone; refer to the user guide for cleaning and drying instructions. Liquid damage not covered under warranty.” 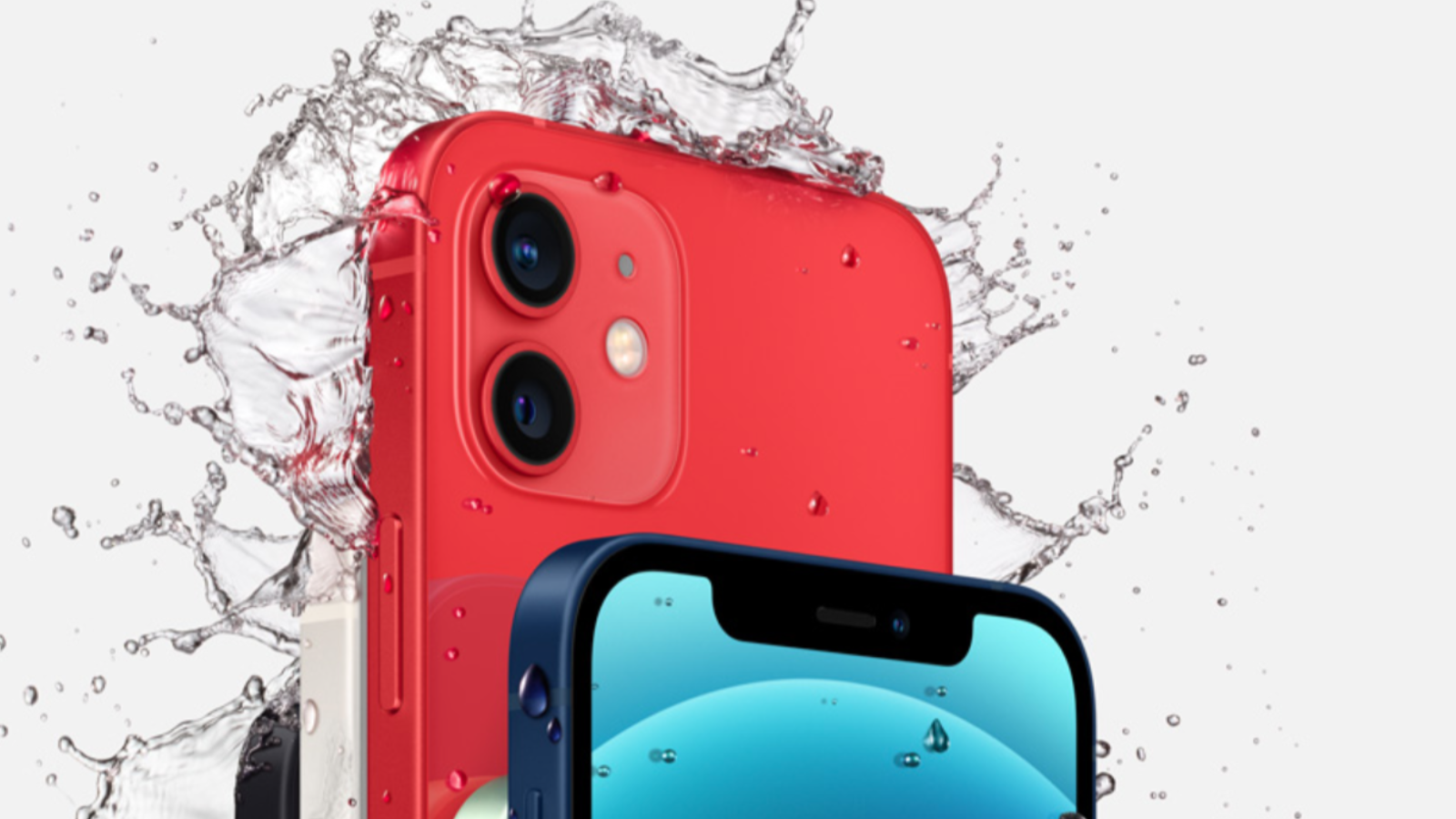 Can I use my iPhone in the shower?

High pressure water can have a different effect to simply submerging a device, so – in keeping with Apple’s warning above – we’d recommend against using one in the shower.

Can I use my iPhone in the bath?

So long as your tub isn’t deeper than one metre, then all the iPhones on the list above should be safe to use. Soap, bubble bath, bath salts and the like are problematic though and best avoided (by the iPhone not yourself).

Can I use my iPhone underwater/while swimming?

While technically it seems possible, Apple warns against it. So, we’d have to follow that advice rather than chance it for the sake of an underwater photo or keeping up with Twitter while doing thirty lengths.

If you’re intending on taking your iPhone on an adventure where water will play a significant part, don’t want to risk an expensive liquid-based accident, or have a model too old to feature an IP rating, then take a look at our roundup of the Best waterproof iPhone cases. You can never be too careful.