Apple’s first MacBook Pro using its own processor was announced at the company’s One More Thing online event on 10 November. The 13in MacBook Pro was one of three models to receive the new Apple M1 chip – the second time the 13in MacBook Pro has been upgraded this year.

No Apple Silicon-based 16in MacBook Pro was announced, as the new Macs were focussed on the lower-end of Apple’s line – including the MacBook Air and Mac mini, but not the iMac or Mac Pro.

In its online broadcast, Apple highlighted the 13in MacBook Pro’s performance and extremely long battery life – plus some new microphones that should improve how you sound on your next Zoom call.

While Apple is boasting about the new model’s performance, it’s an entry-level model – and Apple is continuing to sell the Intel-based 13in MacBook Pro with higher amounts of RAM and storage. Want more information? We compare the M1 MacBook Pro and the 2.0GHz MacBook Pro in a separate article. 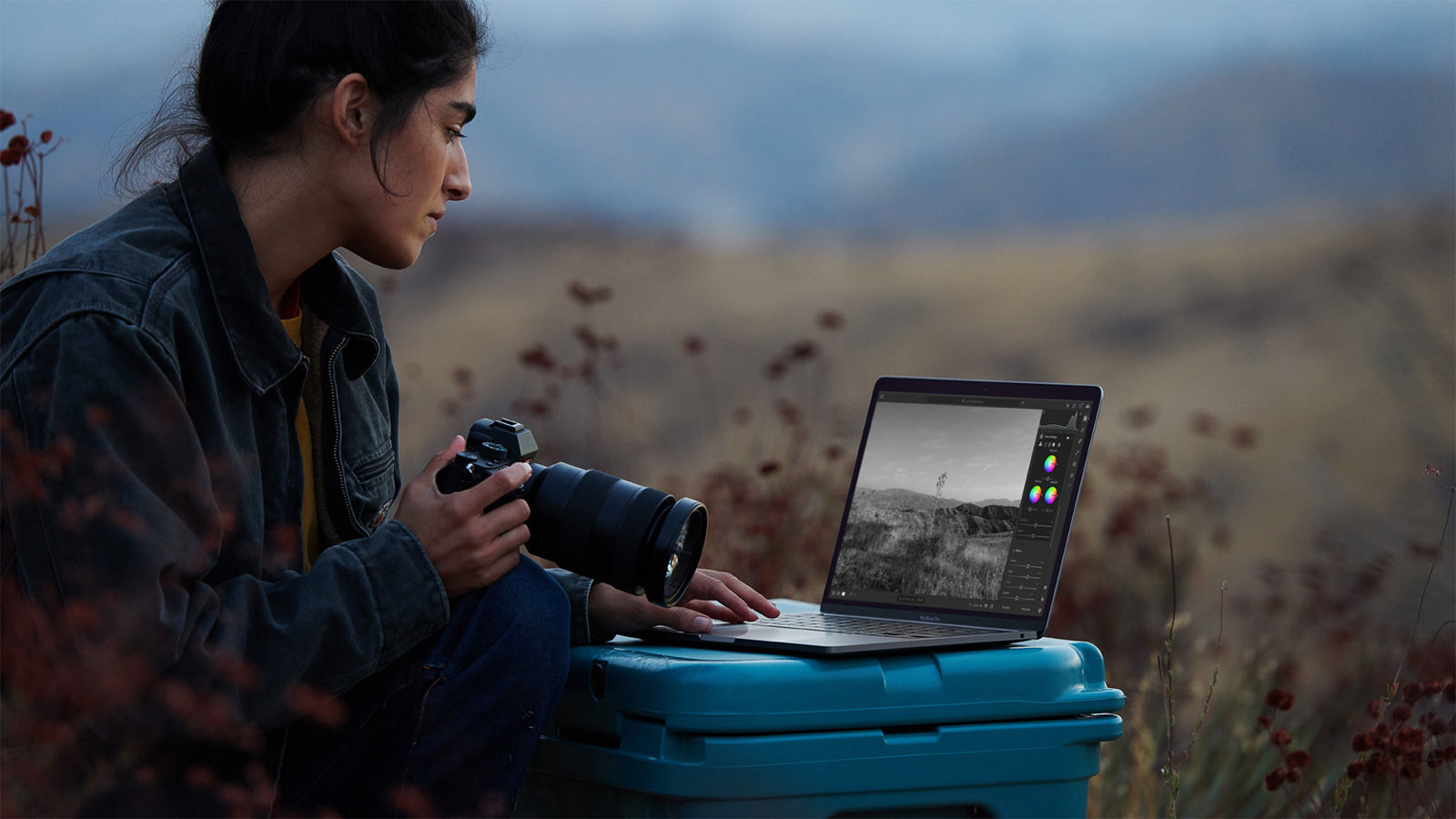 Before we move onto the details about the design and specs for the new MacBook Pro, we’ll add any problems we learn of.

So far the news is good and the results are great. However, we have heard that some users have had problems using the restore feature on an M1 Mac. Luckily Apple has published tips on how to recover the new computers. Read more here: M1 Macs can’t be restored after SSD erasure – Apple issues fix.

From the outside, the new 13in MBP looks remarkably similar to the previous model. There’s the same chassis – in silver or Space Gray – screen and two Thunderbolt ports that you plug the power adapter into for USB-C-based charging. It weights about the same too: 1.4kg.

The trackpad and keyboard are also the same, with the Touch Bar between these and the screen providing tailored controls for your apps and the Touch ID sensor allowing fingerprint-based login and payment – plus doubling as the power button.

We expect Apple to change the MacBook Pro design in 2021. This could include an updated Touch Bar: Apple Patents Force Touch for MacBook Pro Touch Bar. 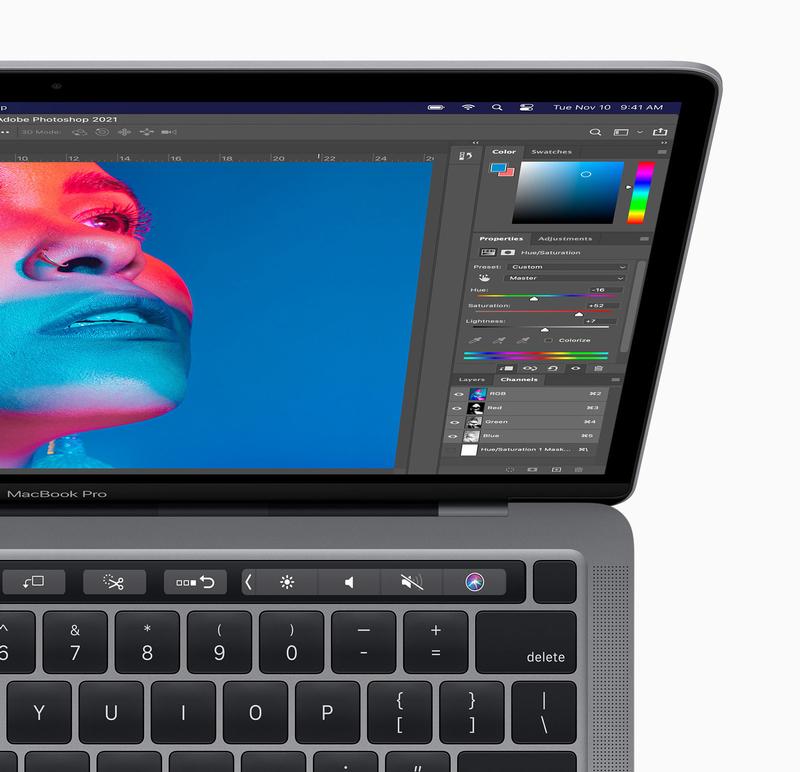 What’s new is under the hood. For the first time since 2006, Apple Macs are available that don’t use Intel processors, and the first iteration of this is the Apple M1 chip found in the new MacBook Pro (and also the new MacBook Air and Mac mini).

The M1 processor combines many of the MacBook’s central components into a single unified memory architecture – featuring the CPU, GPU, memory, I/O and more. Apple says that this makes for a much more efficient design that using separate components, delivering optimal performance.

There are eight CPU cores – four focussed on performance and four on efficiency. The high-performance cores run the most strenuous tasks such as video and photo editing functions, while the high-efficiency cores are for simple tasks such as email or web browsing that won’t drain the battery as much as the other cores. Apple’s new Big Sur OS splits tasks between the cores according to their needs. Early benchmarks for the MacBook Air are promising so we are hopeful that the MacBook Pro will see impressive results.

Other features on the chip include an image signal processor that Apple claims offers better noise reception and a bigger dynamic range than the previous models, Secure Enclave for security, storage and Thunderbolt controllers, and video encoding and decoding engines.

While the older, Intel 13in MacBook Pros have a base of 16GB of RAM and max out at 32GB, the entry-level M1 MacBook Pro starts at 8GB and tops off at 16GB.

Components that remain the same as the Intel MBP include a 13-inch LED-backlit display with a resolution of 2,560 x 1,600 and a P3 colour gamut and True Tone colour shifting to match ambient lighting.

What is new on the outside – or just under it – are three microphones that Apple describes as “studio quality”. 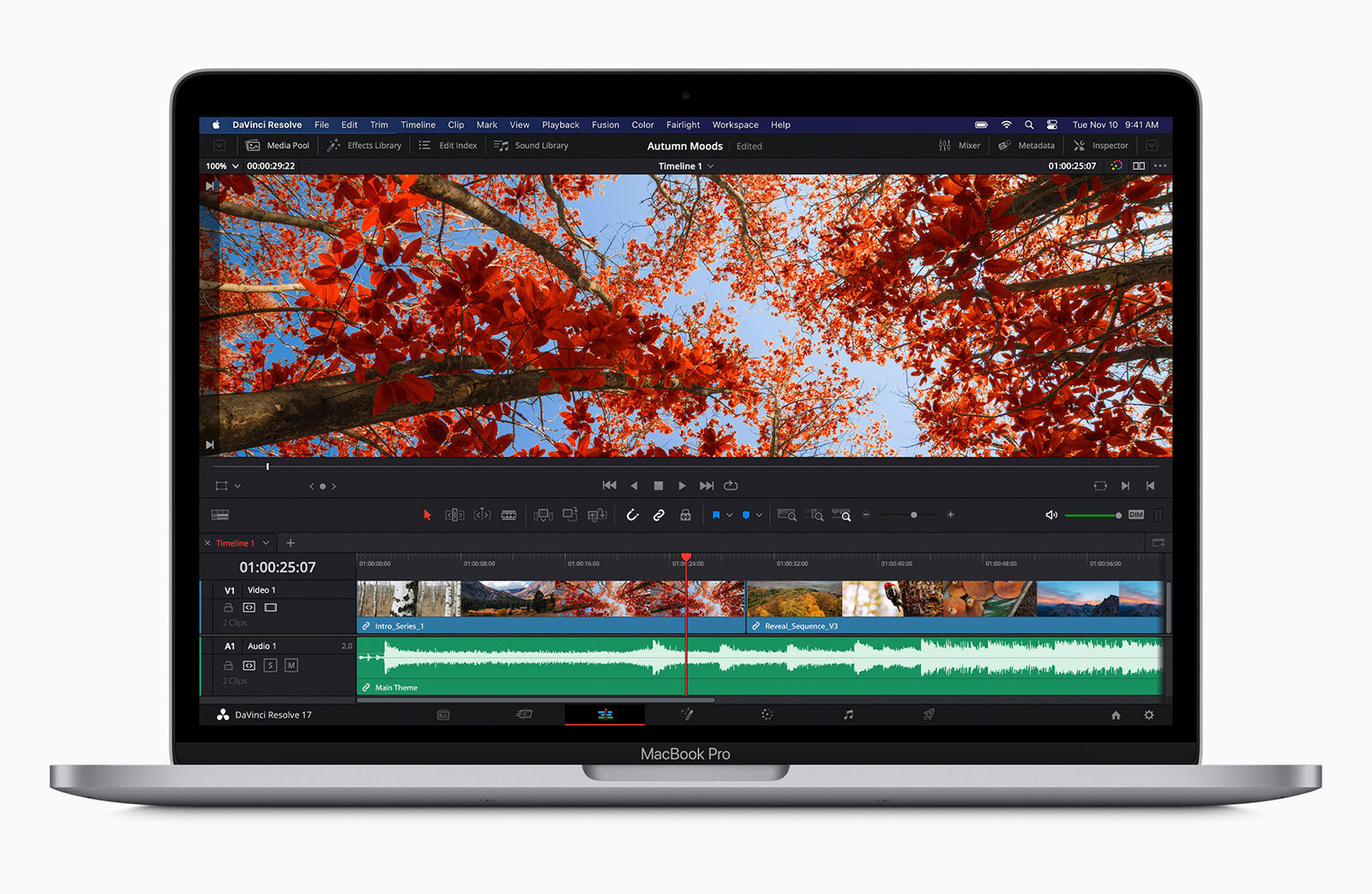 Apple claims that the M1 chips has created a 13in MacBook Pro that’s CPU is up to 2.8x faster than the previous generation. Its GPU is up to 5x faster, says Apple.

At the launch event, Apple demoed the 13in MBP running Cinema 4D, DaVinci Resolve (above) and other professional-level creative applications – claiming that the new laptop can render a 3D title in Final Cut Pro up to 5.9x, design game scenes in Unity up to 3.5x faster, and play back 8K ProRes footage in Resolve.

The old entry-level model also featured weaker graphics than the models that remain.

How the new M1 model measures up to the 10th-gen based 13in MacBook Pros is uncertain – but we’ll be reviewing the new model and benchmarking it soon.

This is one area where Apple is claiming a boost over all older models. According to the company, the M1-based 13in MBP offers up to 17 hours of web browsing and 20 hours of video playback – up to twice that of previous models. 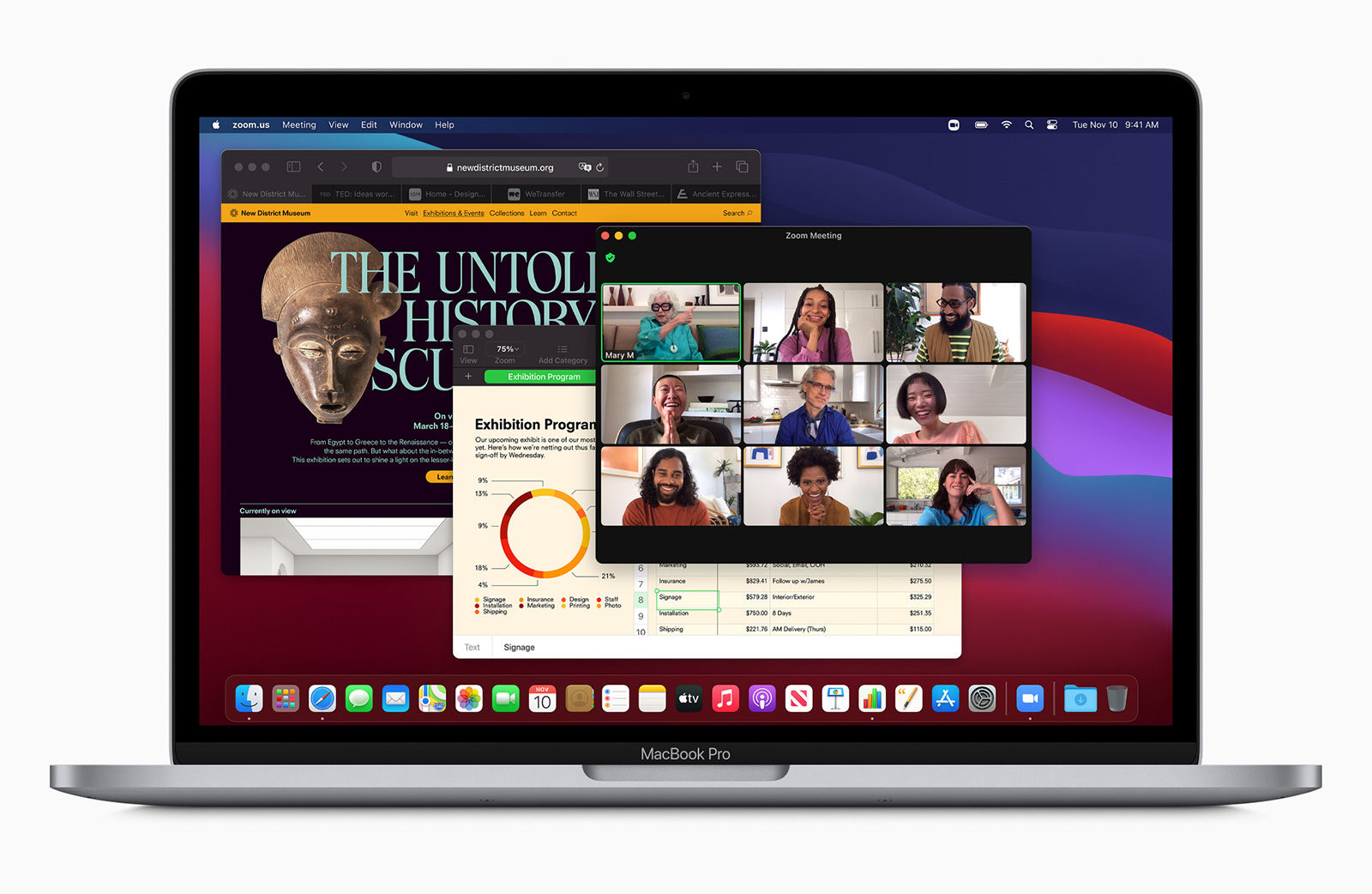 The new MacBook Pro is available for pre-order today, with units arriving by post or at stores next week (UK stores are currently click-and-collect only).

Want to know which MacBook is best for you? Plus, here’s more information on the differences between the MacBook Air and Pro.

The new 13in MacBook Pro introduced in May 2020 offers an improved 10th generation Ice Lake processor, a standard 16GB RAM (up to 32GB RAM), and storage options up to 4TB. The other important change is that Apple has replaced the problematic butterfly keyboard in the smaller model with the new Magic Keyboard first seen in the 2019 16in MacBook Pro.

As before there are four 13in MacBook Pro models, however only the two mid-range MacBook Pro models saw processor update in May (the two entry-level 13in models have also been updated, but only with increased storage). We review the 2020 2.0GHz MacBook Pro here.

The update means the gap between the 13in and 16in models has, potentially, narrowed slightly compared to what it was when Apple updated the 16in models in November 2019. Prior to the May 2020 launch, the best specced 13in MacBook Pro offered up to 2.4GHz Quad-Core 8th generation i5 processor with Turbo Boost up to 4.1GHz, while the entry-level 16in model offered 2.6GHz 6-core 9th-generation i7 Intel Core i9 processor (4.5GHz Turbo Boost).

Now the flag-ship 13in offers 2.0GHz Quad-Core 10th-generation Intel Core i5 processor with Turbo Boost up to 3.8GHz. You’ll notice that the clock speed is less than before – but note that the processor generation is now newer than the 16in model, which presumably will make a difference to performance, but we’ll have to wait until we can run tests on the new model. The increased RAM – which is also faster RAM than before – should also make a big difference compared to the 2019 13in models.

As in 2019 the only difference between the two entry-level MacBook Pro models is the amount of storage – now in 2020 that has doubled to 256GB and 512GB, bringing those models into line with the 2020 MacBook Air and Mac mini models, which also saw their standard storage offerings doubled in 2020. This means that there is no longer a new Mac offering a paltry 128GB storage. It’s no surprise that Apple has made the same move with the 2020 MacBook Pro.

The extra storage is still the only reason to choose the £200/$200 more expensive model, though. 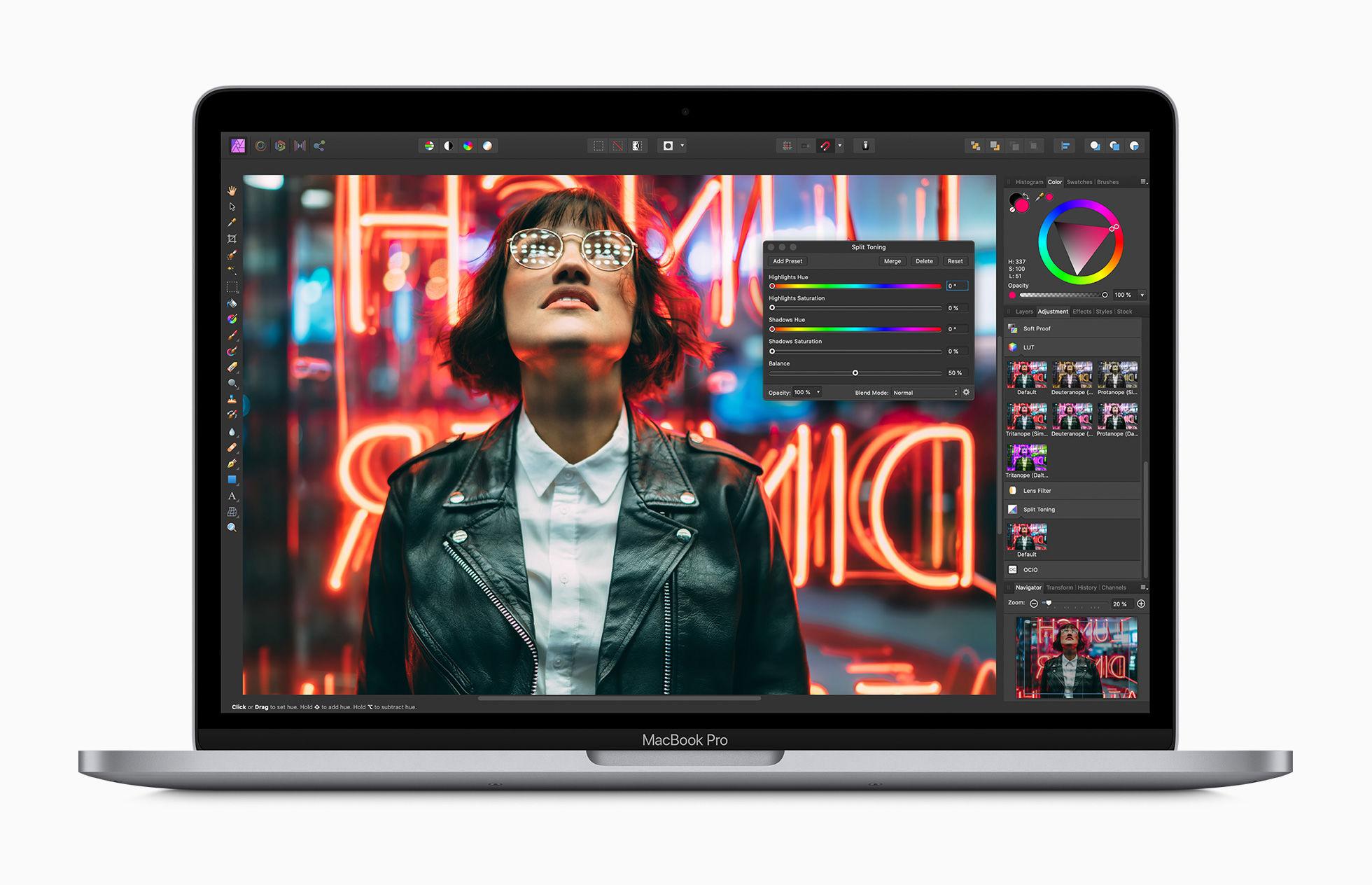 Here’s how the specs compare across the 2020 13in MacBook Pro range:

The additional storage in the entry level model may be attractive for many, but it is disappointing that Apple hasn’t improved the processors in those models – especially since the 2020 MacBook Air does offer 10th generation Ice Lake processors, making these older 8th generation processors in the MacBook Pro look less impressive.

We will cover the new components in more detail below.

You may be wondering whether all the 13in MacBook Pro models get the new keyboard – especially since the entry-level models haven’t seen much of an update beyond the increased storage. The good news is that they have indeed all been equipped with the new style keyboard. 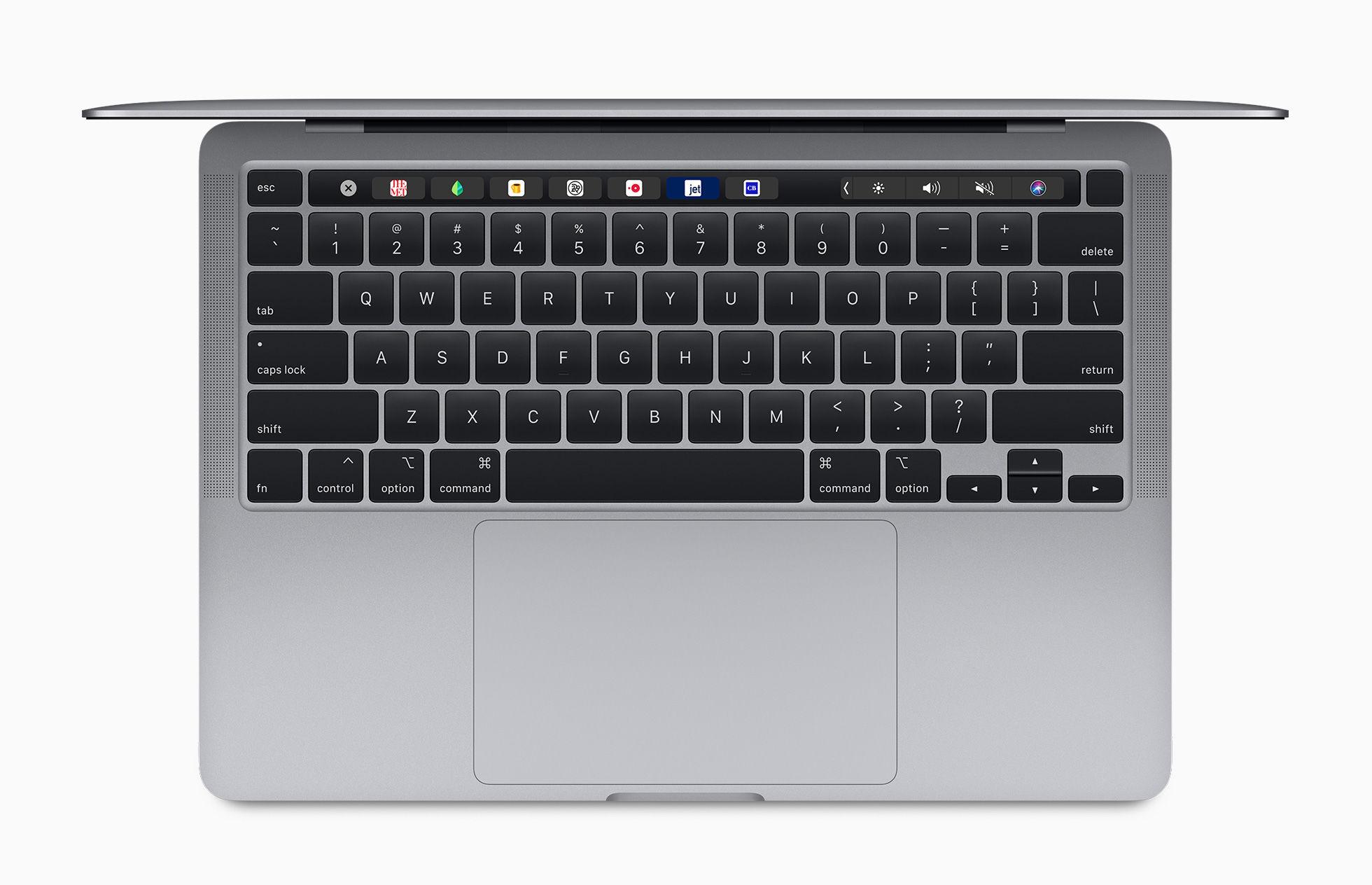 This means all the new MacBook Pro models now sport the same scissor-switch keyboard design seen on the 16in MacBook Pro that launched in November 2019. That keyboard design isn’t actually that new – it was based on past Mac laptops and the Magic Keyboard that ships with the iMac. What really matters is that the new keyboard design replaces the problematic butterfly mechanism design used for Apple laptop keyboards since around 2016.

The butterfly mechanism enabled Apple to make the keyboard (and therefore Mac) slimmer but it seems that the design caused problems with dust getting trapped under keys and requiring expensive repairs. Read all about those MacBook keyboard problems here.

Apple admitted to the keyboard issue and offered free repairs to those affected, but the well-publicised keyboard-related problems are sure to have prevented some sales of Mac laptops. So it’s no surprise that Apple has now rectified the problem – and our tests of the new style keyboard do seem to suggest as much.

Our reviewer of the 16in MacBook Pro had a lot of praise for the new keyboard design, writing: “It’s softer on the fingers, and if you had sore fingers after a long typing session on the butterfly keyboard (like me), you won’t have that experience on the Magic Keyboard.” 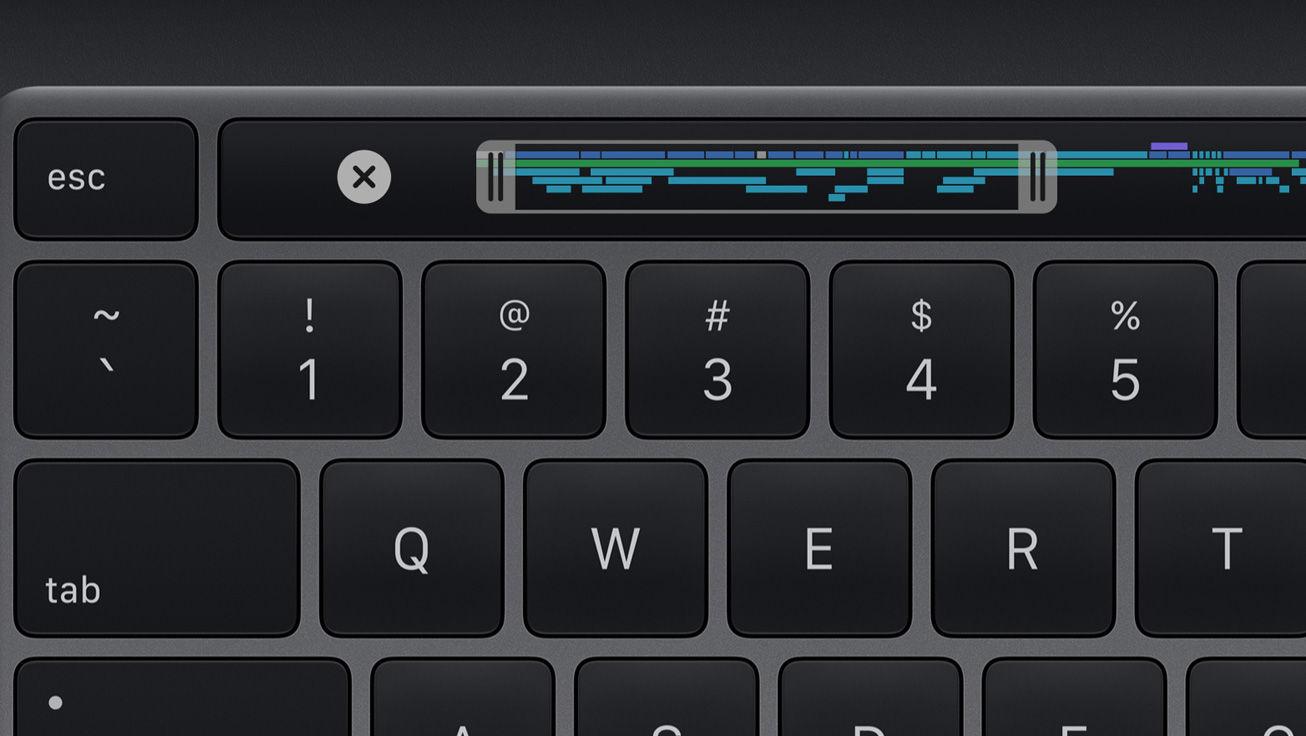 The surprise is that Apple hasn’t updated the processors inside the entry-level MacBook Pro, so those models still offer the 8th generation 1.4GHz Quad-Core Processor with Turbo Boost up to 3.9GHz.

The entry-level MacBook Pro models have always been a step behind their more powerful siblings though. Previously those models could go for years without an update. We assume that Apple will update them at some point this year – perhaps when the rumoured 14in MacBook Pro arrives. More on that here: 14in & 16in MacBook Pro Release Date. 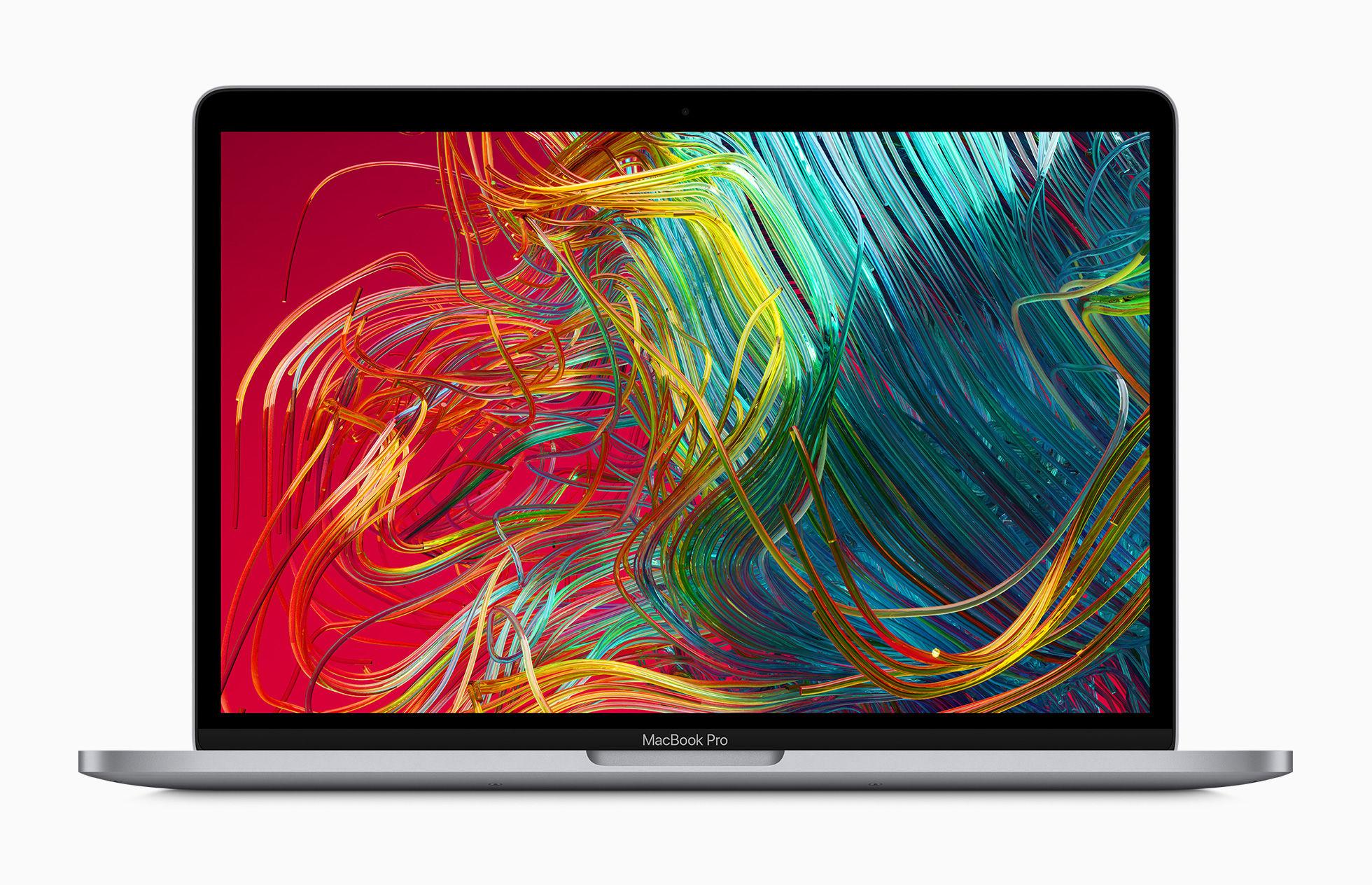 The addition of 16GB RAM as standard is potentially just as big as the arrival of 10th generation processors in the new MacBook Pro. Not only is this twice as much RAM this is faster 3733MHz memory compared to the 8GB 2133MHz LPDDR3 that used to feature (and still features in the entry-level models.)

The 2019 MacBook Air also features the Intel Iris Plus Graphics so it will be interesting to see how these machines compare.