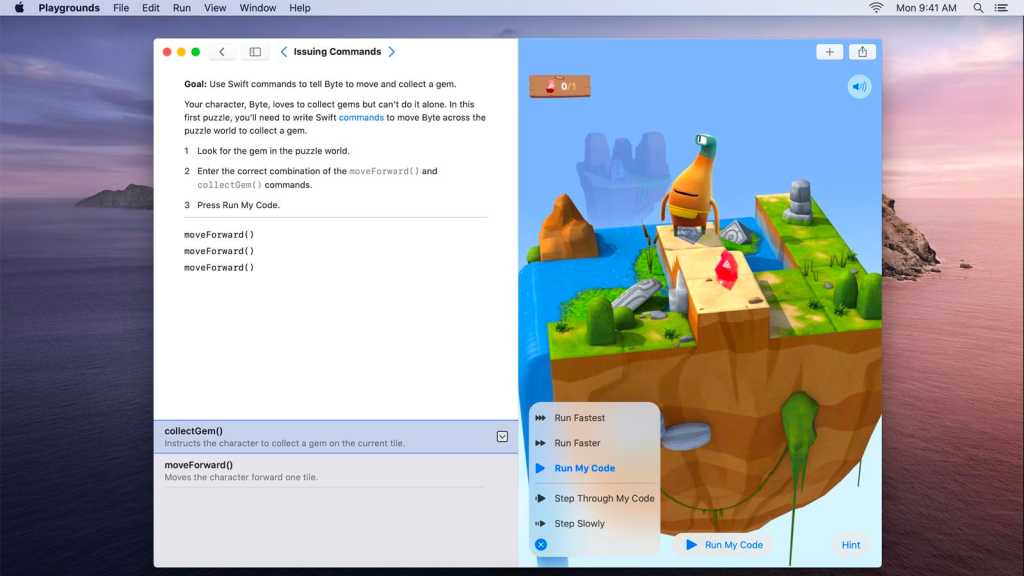 Swift Playgrounds, the beginner’s training app for Apple’s Swift coding language, has arrived on the Mac App Store at last, having for the previous three and a half years been exclusively available for iPad.

Swift, introduced in 2014 and currently on version 5.1, is used to create software for nearly all of Apple’s devices: it can build apps for iOS, iPadOS, macOS, watchOS and tvOS. Playgrounds was launched later to encourage adoption of the language, and to help newcomers get the hang of it.

Swift Playgrounds can be downloaded for free from the Mac App Store. Apple points out that you can start a project on one platform and continue it on another – so budding programmers working on school MacBooks can finish things up on their iPad at home. 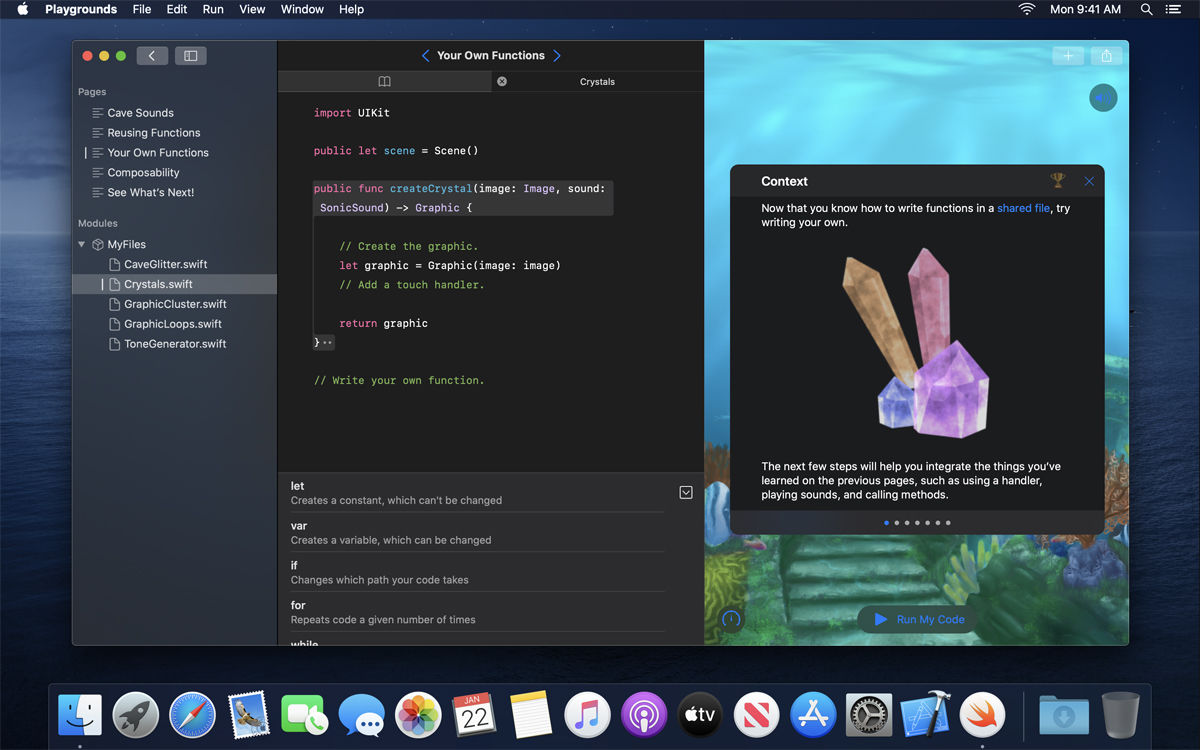 The low barrier to entry has always been one of the most exciting things about developing for the App Store, and it’s pleasing to see Apple expand the availability of this popular training tool: the Macworld UK team have found that Playgrounds does a good job of treading the line between too helpful and not helpful enough. It doesn’t drop you in at the deep end, but it’s not too basic either.

But this step speaks to wider trends in Apple’s corporate trajectory. One is the increasing unity between the Mac and iOS/iPadOS platforms, which pundits have repeatedly predicted will formally merge in the near future. Tim Cook himself has denied this will happen, but smaller synergies do keep appearing: Project Catalyst, for example, is designed to make it easier to port iOS apps to macOS.

Beyond this, there are reminders here of the company’s penchant for controlling every aspect of its platforms, down to the language the developer uses to build the app and the way that developer learns that language. It’s often said that the App Store could have worked out very differently if Apple had been a bit more hands-off; its dislike of sexually explicit content, for instance, makes for a family-friendly but occasionally puritanical atmosphere. But there’s no denying that Apple’s incredible attention to detail, its 360-degree approach to design, has made for some of the most memorable and high-quality user experiences of the past decade.

If you’d like to get into Swift coding, read How to use Swift Playgrounds, which focuses on Apple’s beginner-friendly app. More advanced advice can be found in How to make apps with Swift 5.

There are plenty more resources online. Udemy offers a course called Swift 5 Programming For Beginners, and Apple itself frequently offers coding sessions in its stores. To see what’s on, check out Today at Apple.