Apple has reined in financial expectations as a result of the effects of the coronavirus outbreak (aka COVID-19).

The revisions are in part because Apple had to close so many stores (in China initially, and the rest of the world later on) and footfall has obviously been greatly reduced. But primarily the reduced outlook is a result of the forced closure of factories in China in an effort to stop the spread of the virus. The factories have since resumed output, but are running at reduced capacity, and Apple’s suppliers will not be able to meet its demands for the quarter in which it is widely thought that Apple intended to launch a new iPhone.

This is the second time in just over a year that Apple has made an adjustment to its forecasts and both times it has related to China. Back in January 2019 Apple anticipated lower sales in the region due to the US-China trade war. Now it’s the outbreak of COVID-19 that is Apple’s primary concern. In this article we will examine coronavirus’s impact on Apple and how it is likely to change the outlook for the company in 2020.

President Donald Trump has complained about Apple’s reliance on China for manufacturing. Now it looks like coronavirus has given Apple a reason to regret its dependance on the country.

Apple relies heavily on China for manufacturing. “Of Apple’s top 200 suppliers, about 75% of them had at least one production site in China,” reports Nikkei Asian Review, “and 22% have three or more in the country.”

Apple’s iPhone manufacturing partner sites are located outside the Hubei province where the coronavirus first took hold, according to Apple. But factories all over China were forced to close for an extended period following Chinese New Year. And those that have reopened are facing limited staffing due to workers from outside the region not being able to return to work.

According to a Nikkei report in February 2020, Apple’s suppliers were operating at around 30% to 50% of capacity.

One of Apple’s key manufacturing partners, Foxconn, is based 300 miles from the centre of the outbreak. On 20 February Foxconn said it had “cautiously” resumed production at its facilities in China, according to a Reuters report. This followed delays reopening those factories due to concerns about conditions there, with staff working closely on production lines and sleeping in dormitories. 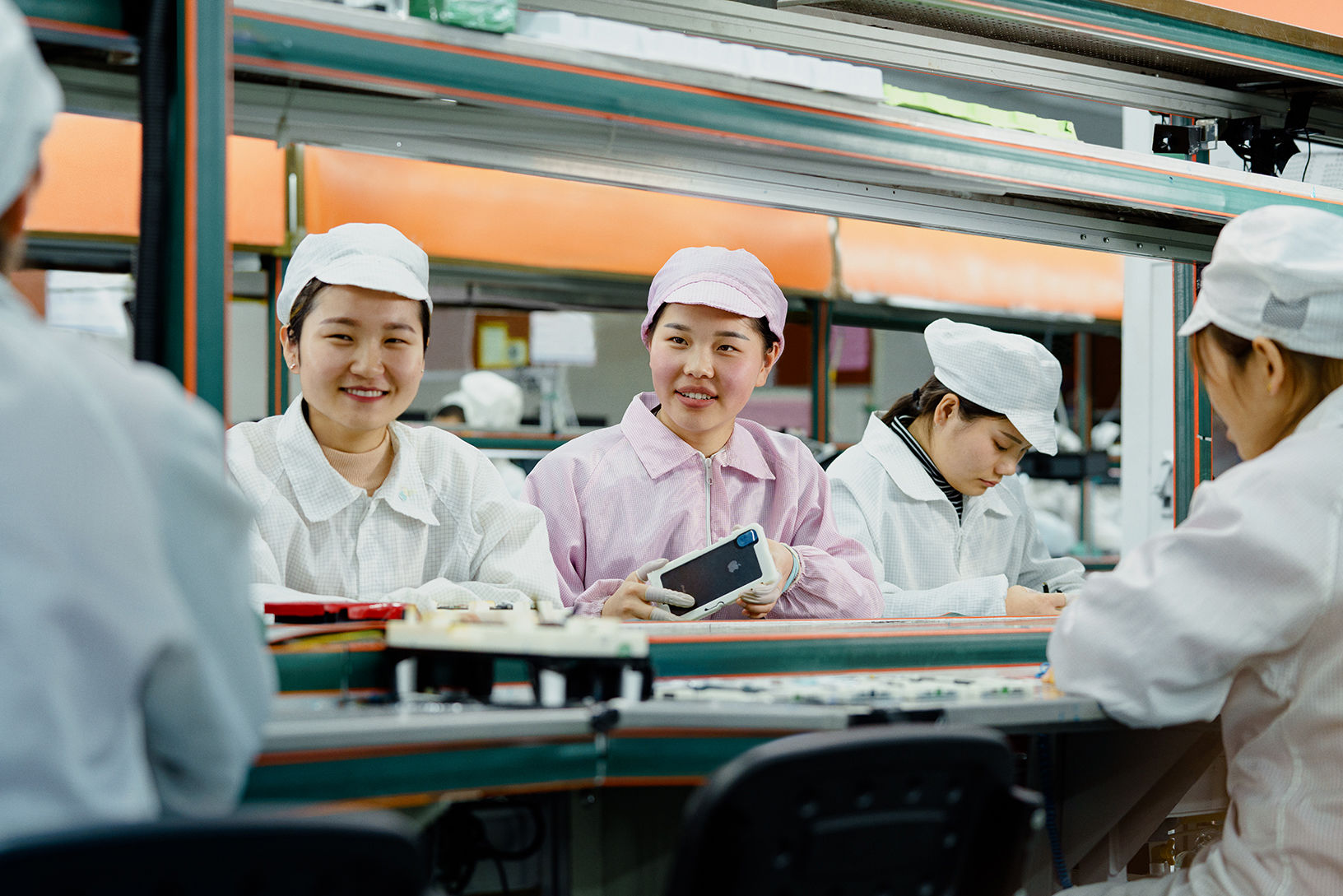 Perhaps in a bid to reduce its reliance on China, a report on 19 February indicated that Apple had moved production of the AirPods, iPad and Apple Watch to Taiwan. The report in Taiwan News cited reports in am730 and DigiTimes.

Apple issued a change to its sales outlook for the quarter ending 31 March 2020 on 17 February, citing the impact of coronavirus. This came just a few weeks after releasing its first quarter financial results on 28 January.

Following those results Apple provided guidance for the next quarter, predicting revenue between $63bn and $67bn. Apple was already aware of the coronavirus at the time, and CEO Tim Cook answered questions about Apple’s reliance on China during the conference call with analysts following the financial results announcement.

Cook said: “We’re closely following the development of the coronavirus.” He emphasised that Apple had set a wider than normal guidance range for the next quarter due to the “greater uncertainty” caused by the outbreak.

Despite Apple’s stance at the time of its financial results, on 2 February 2020 TF International analyst Ming-Chi Kuo indicated that his research suggested Apple would be forced to cut iPhone shipments by 10%.

“Our latest survey indicates that the iPhone supply is being affected by the coronavirus and, therefore, we cut the iPhone shipment forecasts by 10% to 36-40m units in 1Q20,” Kuo said in a note to analysts on 2 February.

Following the warning Apple’s share price fell but quickly returned to the levels seen before the announcement.

You may be wondering how the impact of the coronavirus on Apple will affect you. Well, if you were hoping to buy a new iPhone you may find you have to wait a little longer. We are currently seeing waits of about a week for a new iPhone 11 in the UK.

Apple was said to have asked its suppliers in China to supply 80 million units of iPhones in the first half of 2020. It would appear that those suppliers will now struggle to meet those targets.

More specifically, if you have been waiting patiently for Apple to launch a new, low-cost iPhone you may have to wait a little longer. Apple is expected to launch a successor to the iPhone SE this spring, but it looks like its suppliers are going to struggle to meet demand. 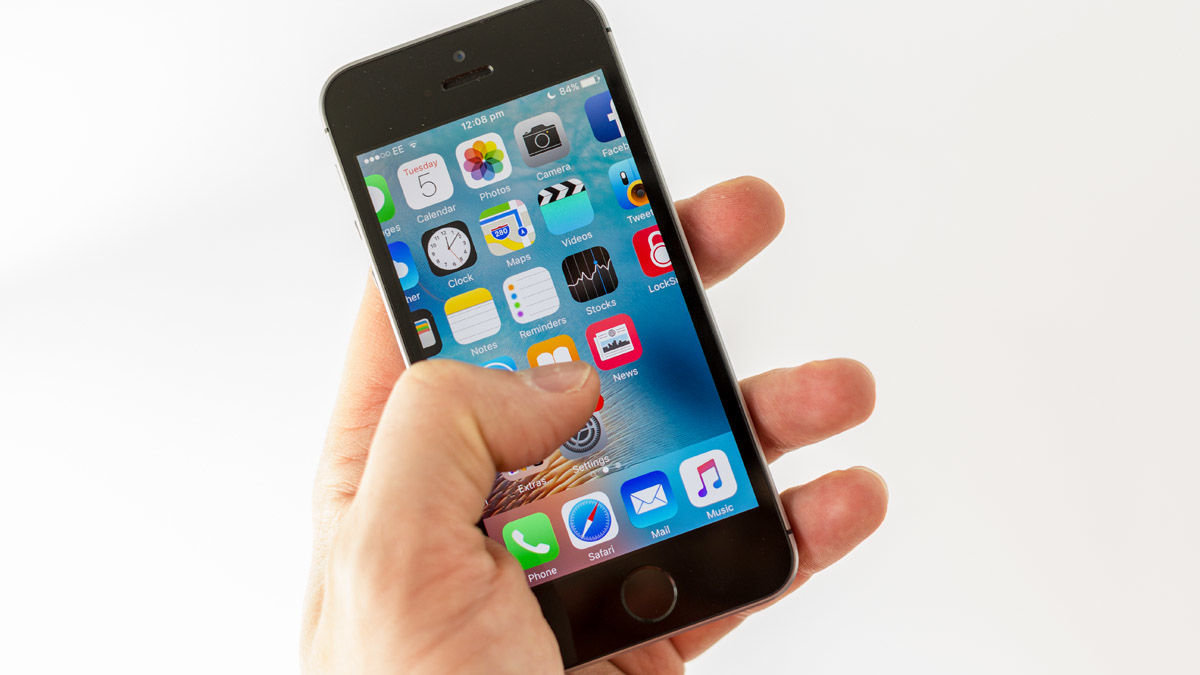 The expectation is that Apple will launch a cheaper, smaller iPhone at a spring event in March 2020. Often referred to as the iPhone SE 2, or iPhone 9, it looks like this new handset will be delayed because of coronavirus.

On 19 February 2020 a Nikkei report suggested that Apple would face delays with the new, low-cost handset. Nikkei’s sources claimed that production had been scheduled to start at the end of February but is now delayed until later in March. According to Nikkei’s source, “The suppliers are doing their best to produce and ship the [cheaper] iPhone within four weeks… The delay can’t be too long, otherwise it will affect the sales strategy of Apple’s new products in the second half of this year.”

This is despite a Bloomberg report that appeared a day earlier, on 18 February 2020, which said that plans to launch a low-cost iPhone model in March were unaffected by coronavirus. We now know that to be mistaken, although the sense is that the new iPhone SE will make an appearance by mid-April.

Looking further ahead, questions were raised over whether Apple would be obliged to cancel WWDC in June. Getting all those people together in one place, many travelling from countries with high incidences of COVID-19, would be a recipe for disaster.

We now know that Apple is going ahead with the event, but for the safety of all concerned it will be online-only. The company is putting on a brave face, and the product announcements and software updates will proceed as usual. But will an online WWDC be as valuable for the developers who look forward to networking with their colleagues and Apple contacts, and attending workshops?

We have a separate article in which you can find out what to expect at WWDC 2020.

Apple’s contribution to the relief effort

So far we’ve focused on the way COVID-19 has negatively impacted Apple’s product release plans and its production schedule. But there is a more positive side to look at.

Many people out there are facing far more serious problems than a late iPhone, and Apple – like many other major technology companies – is doing its bit to help with the relief efforts. Back in March the company made and donated a large number of face masks to the healthcare sector, and has since announced that it’s making protective visors.

It has also matched employee donations two-to-one, and put in place solid leave and pay policies for its staff at a time when some other businesses have found it necessary to cut or suspend pay.

Read more about Apple’s COVID-19 response in this public statement.