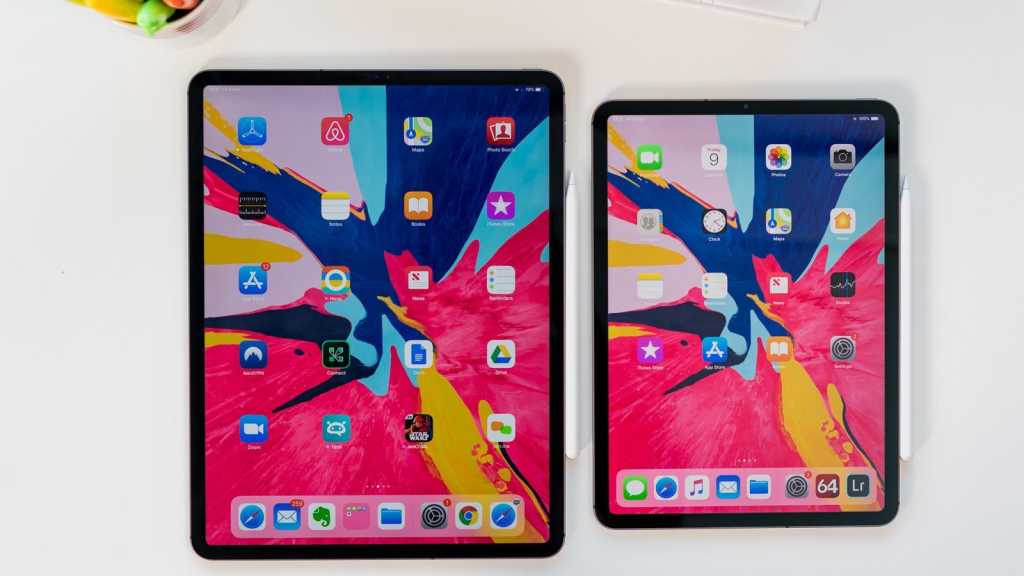 There were two stages to the revelation. First, Apple added a new model identifier – A2229 – to the Eurasian Economic Commission (EEC) database. This is a common and routine part of the product development cycle, reliably giving us a clue when a new device is about to launch, but yielding little information other than the fact that something is coming. So far, so normal.

But then eagle-eyed staff at the site iPhone Canada noticed that this model, and three other new identifiers, were referred to in the user support documentation on Apple’s Chinese website. It turns out that A2229 is the non-cellular version of a new 12.9in iPad Pro.

At time of writing, the new identifiers appear to have been removed from the page, but iPhone Canada naturally took screenshots: 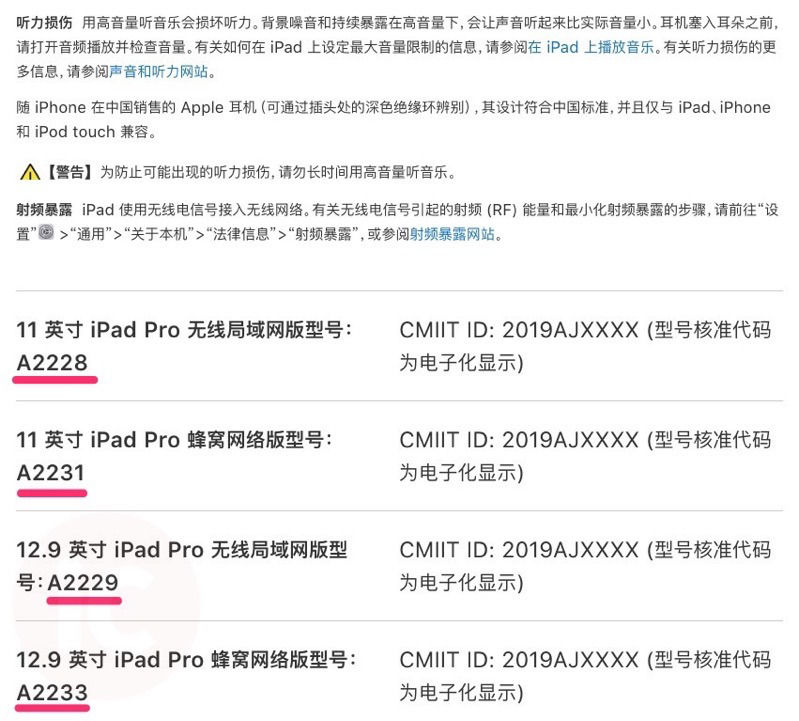 To be clear, these are four new configurations that refer to no known existing models. (One of them, A2228, was spotted on the EEC database in July 2019 but was not part of the subsequent launch of the iPad 10.2in. The other two haven’t been seen before.) They are as follows:

It comes as little surprise that new iPad Pro models are on the way. The Pro line was neglected in 2019, even as the Air, mini and vanilla iPad each got new models; we’re due for an update to Apple’s premium tablets in early to mid 2020.

Perhaps it’s mildly surprising, however, to see that Apple will be sticking with the same screen sizes as in 2018. The larger Pro has been 12.9in since the long-ago days of 2015, while the smaller Pro has been steadily expanding each generation. This will be the first Pro launch with no new screen sizes to talk about… although maybe that will be good news for the software developers who have to make their apps work on umpteen different sizes of display.

If you’re keen to know more about the current range, have a look at our best iPad buying guide, and check for bargains in our roundup of the best iPad deals.