Apple’s long-expected budget iPhone launch is almost upon us – it could even arrive later today – and the name is a surprise: rather than the iPhone 9, as was widely expected, it now seems certain to be called simply iPhone SE.

That’s right: the 2020 model will have the same branding as the 2016 original. It won’t even be called iPhone SE 2 to make things easier for customers (although we in the media will use the 2020 designator to differentiate the two models).

The news comes from two reliable sources. Firstly, the respected site 9to5mac cites “a tip from a highly trusted reader” which spills the name (iPhone SE), colours (white, black and red) and storage options (64GB, 128GB and 256GB), along with the information that “Apple is ready to start accepting orders very soon”.

Secondly, and more surprisingly, Apple itself appears to have leaked news of the launch on its own website.

When we first wrote this article – and first spotted by Aaron Zollo, as best we can tell – the company’s web store contained a screen protector labelled as “Belkin InvisiGlass Ultra Screen Protection for iPhone SE / 8 / 7”. This is a dead giveaway, because the iPhone SE from 2016 has a 4in display, whereas the iPhone 8 and 7 have 4.7in displays; a screen protector that fits the iPhone 8 would only fit an iPhone SE if it was redesigned to have a larger display. 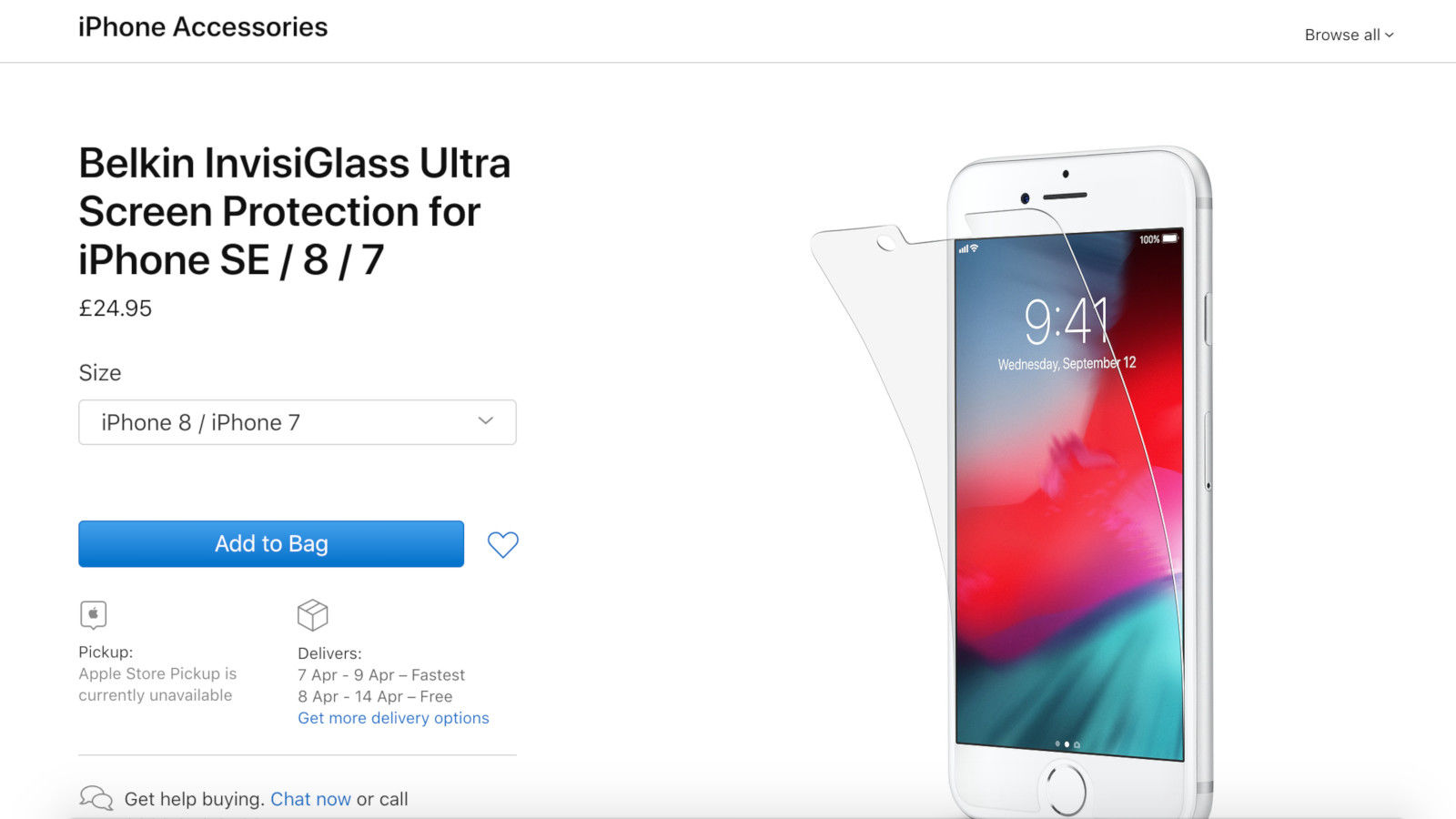 The screen protector can be found at this link, but you’ll notice that Apple has since amended the name of the product to remove any reference to the iPhone SE. Evidently this was not a deliberate reveal!

We had known that the new iPhone was imminent before these twin revelations: the spotting of new accessories in Best Buy previously led us to expect a 5 April launch. But it may arrive even sooner than that. 9to5mac, based on its new tip, thinks the new iPhone SE could be here as soon as today.