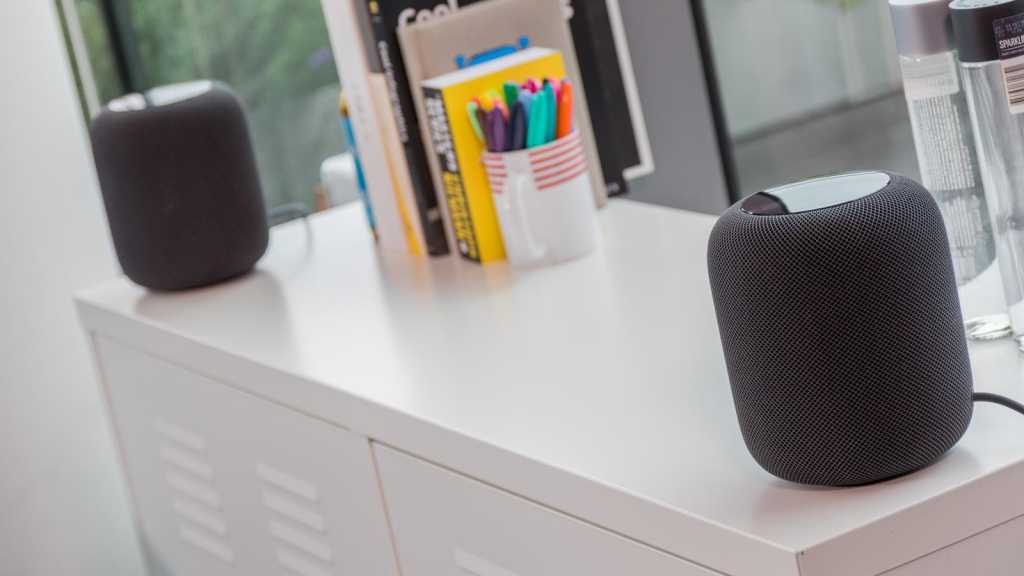 Apple has developed a new version of its HomePod smart speaker that’s slightly smaller and cheaper. So says Bloomberg’s Mark Gurman and Debby Wu in a report on the state of new Apple hardware.

The new HomePod model will be released later this year, but no detailed information on it is available just yet. (We’ve got a few suggestions in our article How Apple could improve the HomePod.) However, there are clues out there for those who know where to look.

The Apple-focused site 9to5Mac has taken a deep dive into the latest update of the current HomePod’s software, and made an interesting observation: whereas all previous versions of the software were based on iOS, the new HomePod Software 13.4 is based on tvOS instead.

As the site points out, this could make it easier for Apple’s developers because the Apple TV and HomePod hardware have several similarities. Neither, for example, have a battery, which means they’ve got no use for iOS’s advanced power-saving features. Both are also able to serve as hubs for HomeKit-based smart homes.

There’s nothing in the latest HomePod Software update to definitively confirm a new HomePod model. The mere fact that Apple’s developers have taken the time to make such a big change to the code, however, indicates that the company has something going on.

It’s been expected for some time that Apple will launch a ‘HomePod mini’ in a smaller form factor; it’s hoped that this will also be cheaper than the standard version. If you’re looking for a bargain on the existing model, take a look at our guide to the best HomePod deals.

This article originally appeared on MacWorld Sweden. Translation by David Price. You can read more about Apple’s next smart speaker in HomePod 2 release date, price & specs.