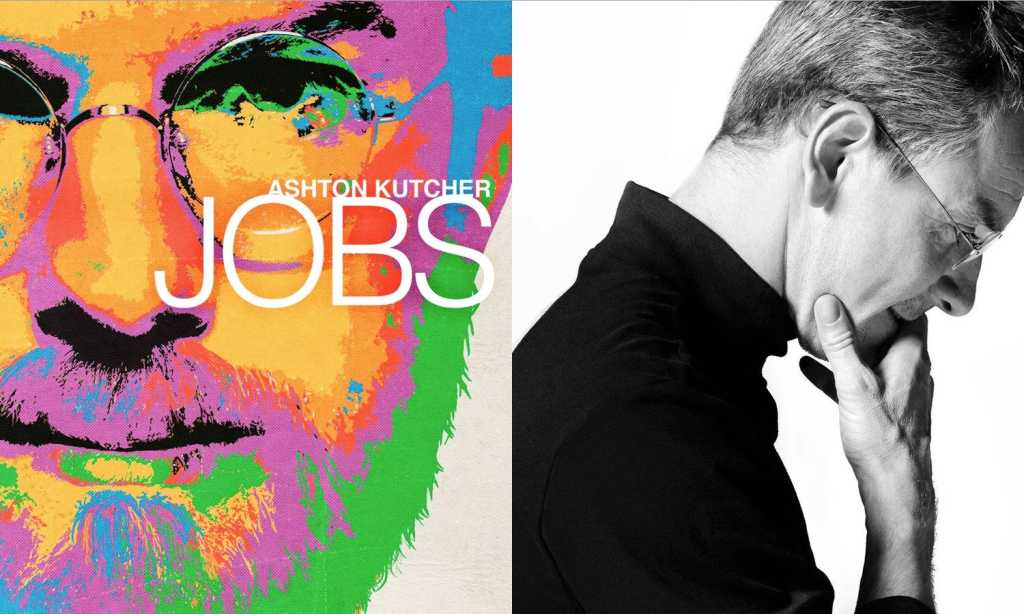 Finished watching everything on Netflix, Amazon Prime and Disney+? We have some suggestions to keep you occupied below that are designed specifically for the Apple fan looking to find out more about the company that bought us the Mac, iPod and iPhone. Our list includes movies and documentaries about Apple and specifically about co-founder Steve Jobs. By the end of the Coronavirus Lockdown you will be an expert in all things Apple!

When the Jobs movie staring Ashton Kutcher premiered in 2013 (a couple of years prior to the other Jobs film) the reception wasn’t overwhelmingly positive and Apple fans were quick to printout the inaccuracies. But we think you will enjoy watching it regardless – we did. 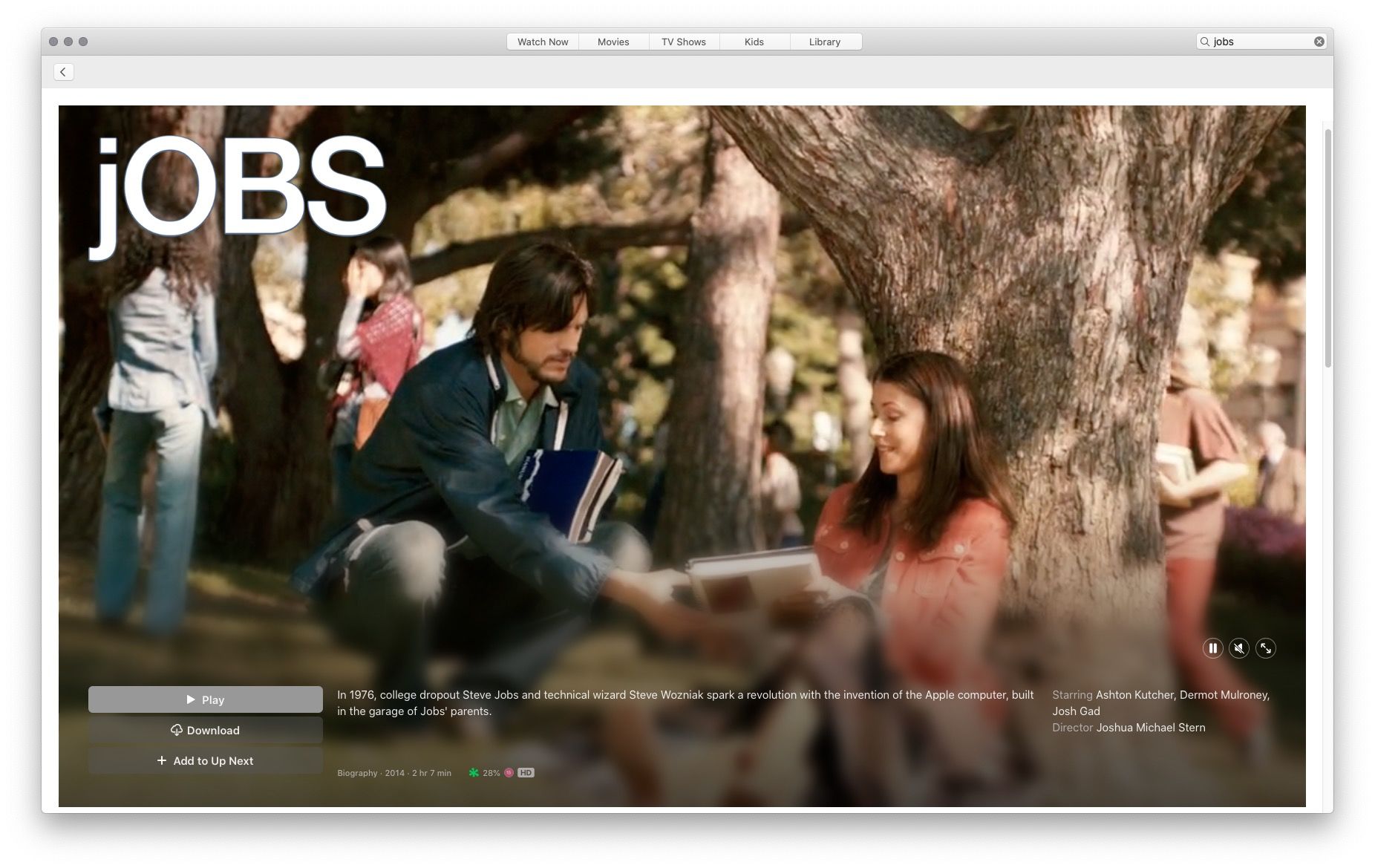 It’s included with Amazon Prime here or you can rent it from Apple for £3.49 here.

There was a lot of hope for the 2015 Steve Jobs film staring Michael Fassbender with screenplay by Aaron Sorkin and with Danny Boyle as director. We were very excited about the new movie when it came out at the end of 2015, but our enthusiasm was dampened by its inaccurate portrayal of events. However, it’s still an informative and interesting film to watch for an insight to Steve Jobs character 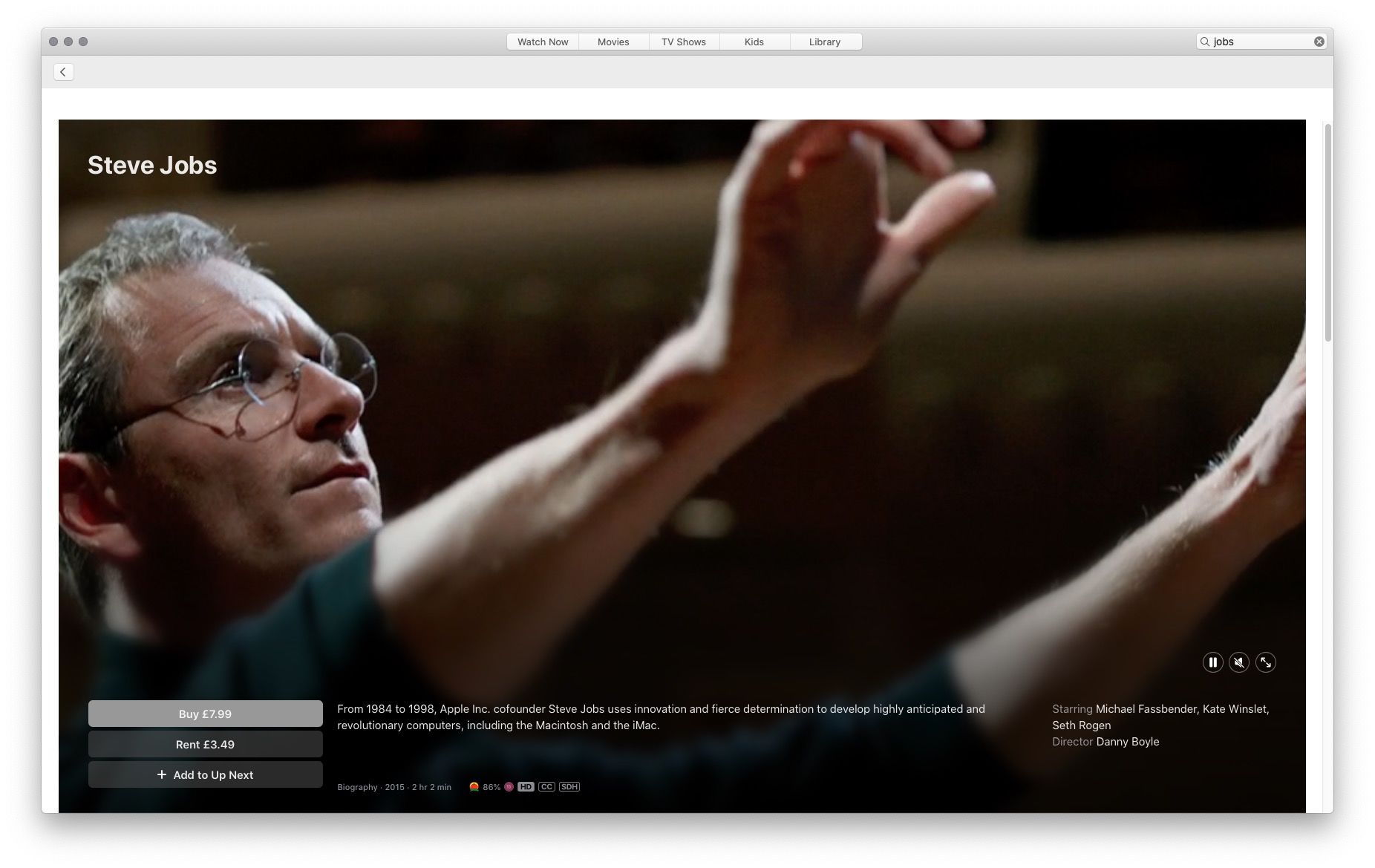 Steve Jobs: The Man in the Machine

Alex Gibney’s documentary film came out in 2015 and examines Jobs achievements and his character via clips of keynotes and old interview footage.

You can watch a trailer here:

Triumph of the Nerds

This is another documentary (produced for Channel 4 in the UK and PBS in the US). It was broadcast in 1996 and was based on the book Accidental Empires by Robert X. Cringely (he narrated the documentary). It’s not specific to Apple but rather looks at the development of the personal computer and includes interviews with Steve Jobs, Steve Wozniak, Bill Gates, Steve Ballmer, Andy Hertzfeld and more.

It is available to watch for free if you purchase the Curiosity Stream subscription from Amazon Prime for £2.79 a month (there’s a 30-day free trial).

Staring Noah Wyle this TV movie came out in 1999 and was based on the book Fire in the Valley: The Making of the Personal Computer. The movie looks at the rivalry between Steve Jobs and Bill Gates. It’s a great film to watch if you can find it somewhere safe!

It was available to watch on Amazon Prime here, but is no longer available unfortunately.

This was a satirical film directed by Funny or Die Ryan Perez in which Jobs is portrayed by Justin Long. We can’t find it to stream anywhere, but Amazon has a DVD available here.

This was a 2011 documentary TV film by Evan Davis that told the story of Steve Jobs’s rise, fall and rise again. It last aired on BBC 4 in September 2019.

This documentary film was related in 2012 and features 70 minute interview with Steve Jobs recorded by Robert X. Cringely in 1995 for his documentary Triumph of the Nerds. A slightly shortened version was broadcast in the UK with the title Steve Jobs: iChanged the World. 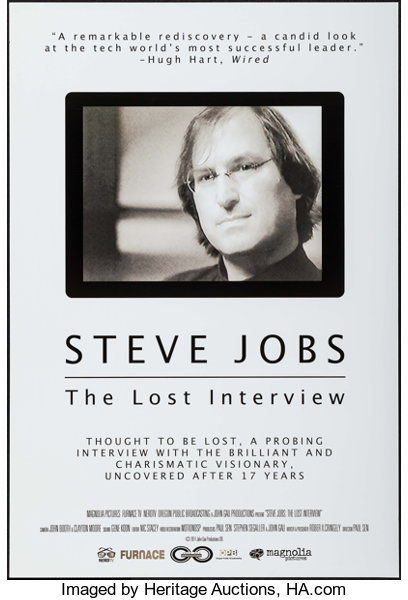 This is another TV documentary from 2011. It included an interview with Steve Jobs recorded shortly after his cancer diagnosis.

This Discovery Channel documentary by the Mythbusters team examines Steve Jobs career and includes interviews with people whose lives were impacted by Jobs. It aired in 2011.

Jobs Vs Gates: The Hippie And The Nerd

This 2015 documentary looks at the rivalry between Bill Gates and Steve Jobs.

This documentary isn’t about Apple but it tells a story without which Apple wouldn’t be the company we know today.

Meet the team behind the first handheld personal communicator, which shipped ahead of its time, but went on to form the foundation for the iPad, iPhone and Android phones, and even the Apple Watch.

See how General Magic employees such as  Tony Fadell (Father of the iPod) and Kevin Lynch (vice president of technology at Apple) were finally able to fulfil the vision of the group who founded General Magic including  Andy Hertzfeld, Joanna Hoffman and many others who were part of the original Apple team

This one isn’t about Steve Jobs but it looks at the mind of the person sometimes referred to as Jobs nemesis: Bill Gates. We’re mentioning is as it’s free to watch on Netflix here.

You might have forgotten that Steve Jobs wasn’t only the co-founder of Apple, he also headed up Pixar. The Pixar Story is a documentary about the Pixar Animation Studios that premiered back in 2007. If you have Disney+ it’s available to watch there.

Read about how to get Disney+ on your Apple devices here.