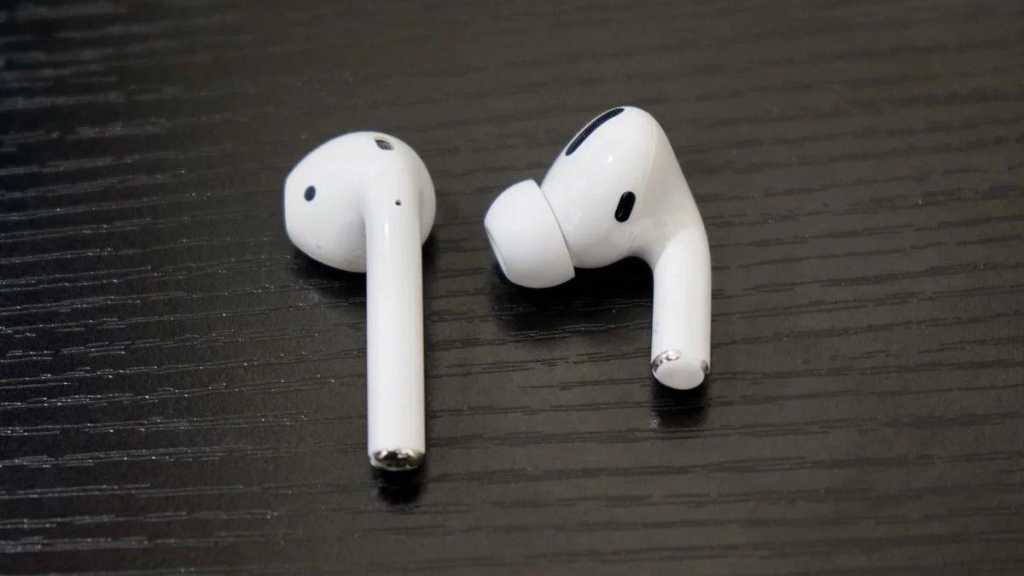 Fresh from his triumphant prediction of the iPhone SE (2020) launch, Jon Prosser is much in demand for the latest Apple leaks. But can he keep up his impeccable record?

The next test of his Nostradamus impression will come in May, when Prosser says we can expect a new MacBook Pro and the next version of the AirPods. AirPods dropped thick and fast last year: we got the early-2019 models in March and the AirPods Pro in October. But there’s always room for more in the AirPods hype train, so all aboard! Choo choo!

Details are scant in Prosser’s latest prediction. In fact he says only that they’re coming next month (“probably”) and had originally been intended for a March 2020 launch, which would have come exactly a year after the previous vanilla models. Apple evidently intends to keep the standard and Pro versions of the product on separate release cycles.

New AirPods (which were supposed to be at the March Event) are now ready to go. Probably alongside the MacBook Pro next month.

A quick glance at our AirPods 2020 rumour roundup, however, points to small incremental changes rather than a flashy new design; Apple will be keen not to undercut the more expensive AirPods Pro line.

A new colour option (Space Grey would be nice) is a possibility, but this seems most feasible if Apple rolls out a Space Grey version of the Pros at the same time. Improved water resistance is a decent bet, too.

Prosser is viewed as comparatively new to the Apple rumoursphere, having focused on different areas of tech in the past (his credentials are sometimes doubted, too, by those who are more familiar with his comedic persona on YouTube), but he has mentioned new AirPods before now. In late February he talked about the “Apple AirPods (X Generation)” which had been mysteriously showing up in Target systems but which he felt were more likely to be the new StudioPods – although these did not show up in March either.

Multiple Target employees have started reaching out to me about this ? Showing up in their systems and on UPC scanners is this mysterious “Apple AirPods (X Generation)” listing, priced at $399. ? Potentially Apple’s over-ear “StudioPods” headphones. Launch soon (March)? pic.twitter.com/NVcqH8As47

To learn more about the leaker at the heart of this prediction, read Meet Jon Prosser, the new Apple rumourmonger who hasn’t missed yet, by our colleagues on Macworld US. Seems like a decent guy.