If you get a message that appears to come from Apple, and it warns you that your iPhone has been infected with a virus, it’s a scam. Always. As we’ve discussed previously, Apple is the company most commonly used as the subject (and supposed sender) of phishing campaigns.

We are reminded of this universal truth this week by the reappearance in the wild of a classic Apple phishing scam, which gives us the opportunity to warn iPhone owners to be on their guard. A MacWorld Sweden reader sent in a screenshot of an email that claimed “viruses have been detected on your iPhone and the battery has become infected and damaged”.

“If you do not remove the malicious software now,” the (translated) message goes on, “it may cause more damage to the device. Step 1: Press the button below to install the recommended antitrust tool for free from AppStore. Step 2: Run the app to remove all malicious code to repair the phone to 100%.”

Here’s the original Swedish version of the message: 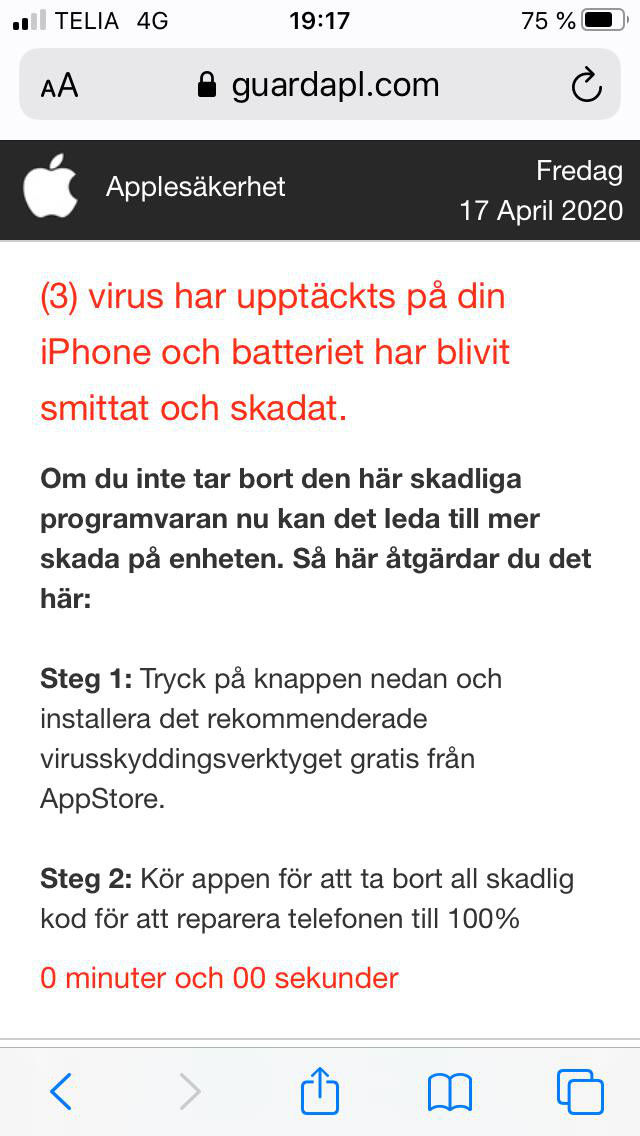 The message appears in Safari but may have appeared as a pop-up from another app, such as advertisements that have been infiltrated by fraudsters.

Similar messages about “viruses in the battery” have been circulating for many years and are as inaccurate now as they were then. Batteries cannot get viruses.

iOS is extremely difficult to infect with malware, and the few examples of when it has happened have been targeted attacks on activists, business leaders and the like. Read our tutorial showing how to remove an iPhone virus if you’d like more information, but nine times out of ten (or more) it’s something else.