The days of the mouse and keyboard may be numbered. Devices with touch controls are already playing an increasingly important role and Apple is investigating alternative methods of controlling gadgets.

In the past decade we have become accustomed to using our finger as a touchscreen input device for our phones and tablets, in addition to the mouse and keyboard for computers. In fact many PCs (at least in the Windows environment) can be controlled via touch.

So far Apple has not taken a step towards touch screens when it comes to its computers. The closest it’s got is the Touch Bar that features on the keyboard of the MacBook Pro laptops (and that feels limited by the fact that we have to look away from our screens to use it). However, a new patent indicates that Apple is working on new input methods behind the scenes.

Appleworld.Today has uncovered an Apple patent (filed by Apple on 5 May – number 10,642,356) that demonstrates Apple’s research into a glove, aka “Apple Glove”.

In the patent, Apple describes how the glove could work. The glove is made of a flexible material that consists of four components: 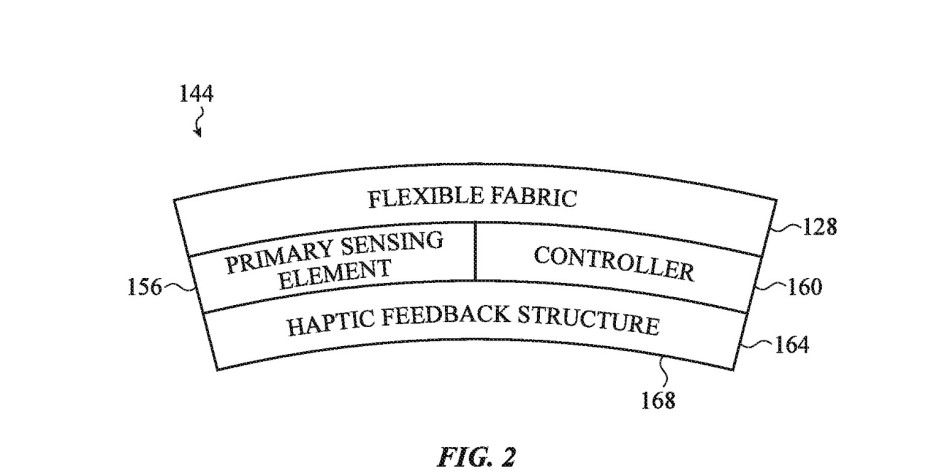 The Apple Glove could be used in combination with Apple’s technologies for augmented reality, such as the rumoured Apple Glasses. It could enable interaction with virtual objects, for example.

Apple describes the invention thus: “Embodiments are directed to a user input device and methods related to the use. In one aspect, an embodiment includes a flexible fabric attachable to a user having a first portion and a second portion. The first portion may be moveable in relation to the second portion. The embodiment may further include a controller configured to identify an input configuration based on a position of the first portion relative to a position of the second portion within a three-dimensional space. The embodiment may further include a haptic feedback structure disposed adjacent the flexible fabric and configured to provide haptic feedback based on the input configuration.”