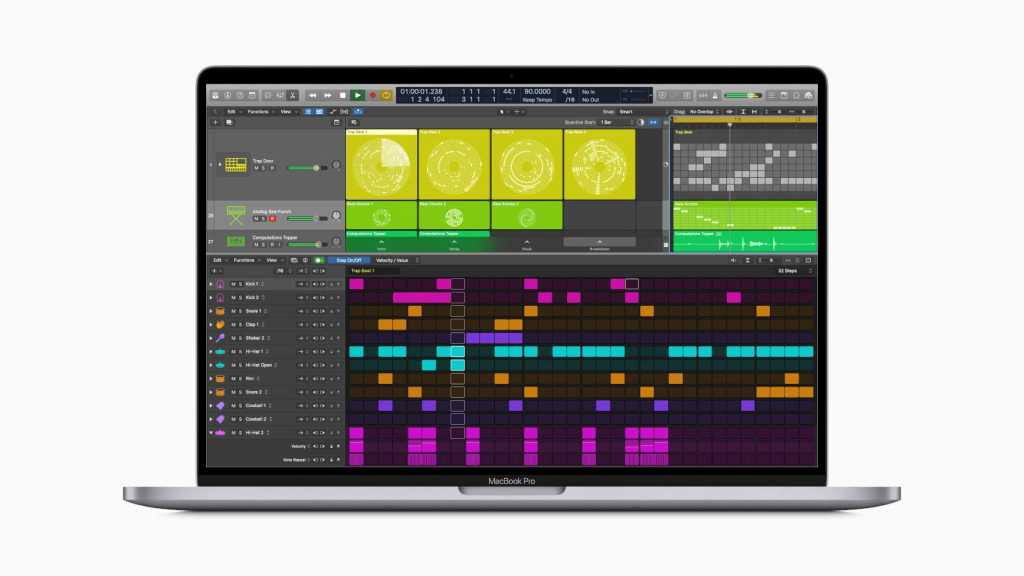 Apple has released version 10.5 of Logic Pro X, its high-end music production software, and claims it’s the biggest update since the product first appeared. We’ll put that to the test in a review, but for now we can say that the feature list looks impressive on paper.

Improvements on version 10.4 (which we reviewed back in 2018) include the Live Loops feature that was previously found in GarageBand for the iPad and iPhone, Sampler and Quick Sampler, a collection of new beat creation tools and an update to the Logic Remote companion app for iPad and iPhone.

For more on the new update, read our Logic Pro X 10.5 review.

This is a sequencing feature we discuss in our guide to GarageBand. A grid of coloured squares represents loops that have been selected to work together in both timing and melody; tap the squares you fancy and they’ll gradually build a sequence that you can manipulate and record.

We found this pleasingly user-friendly on iPad and look forward to seeing how it works in Logic. It should let you play with recordings and samples quickly and easily.

Sampler is an update and rebranding of the existing EXS24 Sampler plugin, with a redesigned layout and expanded feature set. Apple promises “more depth and dynamics to your instruments” and says you’ll “save hours of tedious editing with new drag-and-drop hot zones”.

Quick Sampler lets you drop a single recording or sample into the program and turn it into a playable instrument. 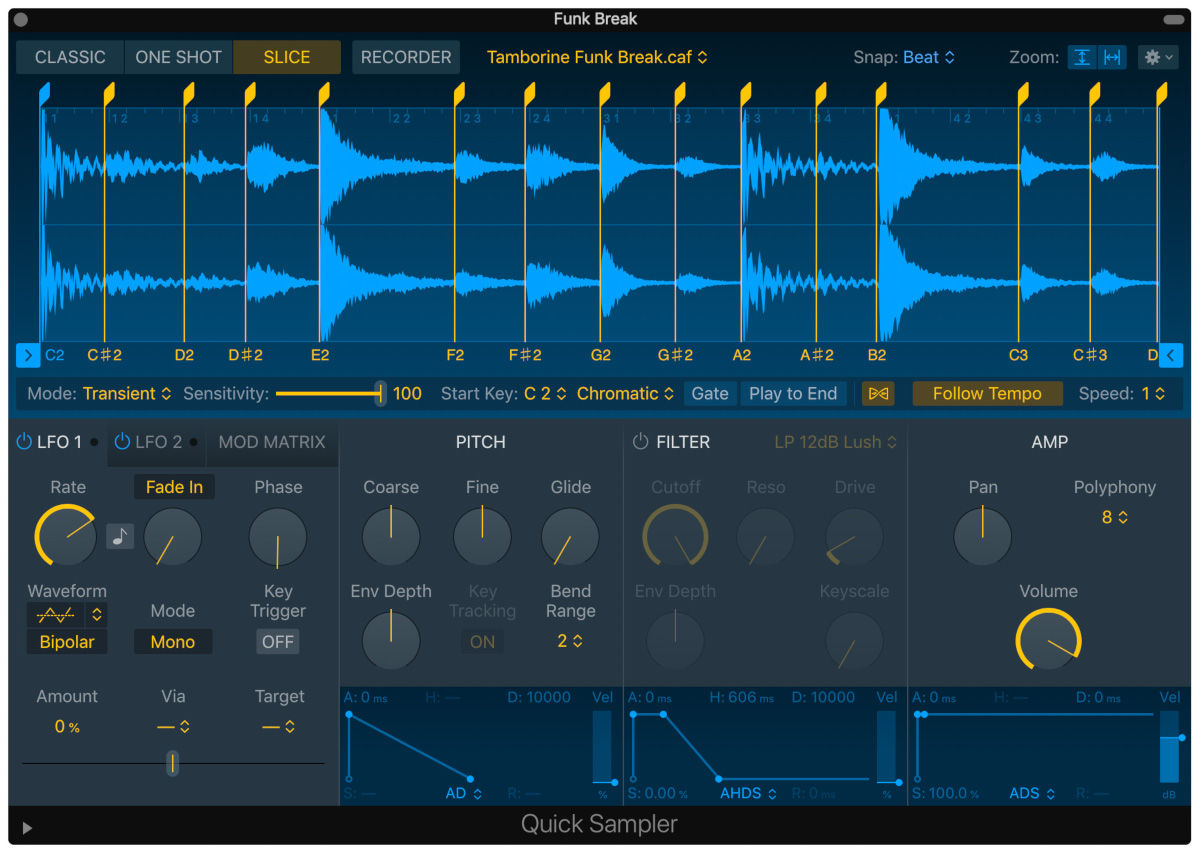 Version 10.5 of Logic adds a cluster of new and updated beat-creation tools.

Step Sequencer uses “a pattern-based style of music creation” to help you create drum, bass and melody lines; Drum Synth gives you a library of synthetic percussion sounds that you can shape and fine-tune; and Drum Machine Designer, which lets you build drum kits, has itself been redesigned to be easier to use.

This is a free companion app (available on the App Store) that lets you control Logic on the Mac from an iPad or iPhone. It’s not new – it dates back to July 2013 – but this updated version gives you control over the new Live Loops feature.

These are the highlights, but Logic Pro X 10.5 also includes more than 2,500 new loops, 1,500 new patches and optimisation for the most recent generations of macOS and Mac hardware. It’s available as a free update for existing users; the software costs £199.99/US$199.99/AU$319.99 as a new purchase from the Mac App Store.

Read more about the new features on Apple’s website. If you’re weighing up your options, read our guide to the Best Mac music production software.