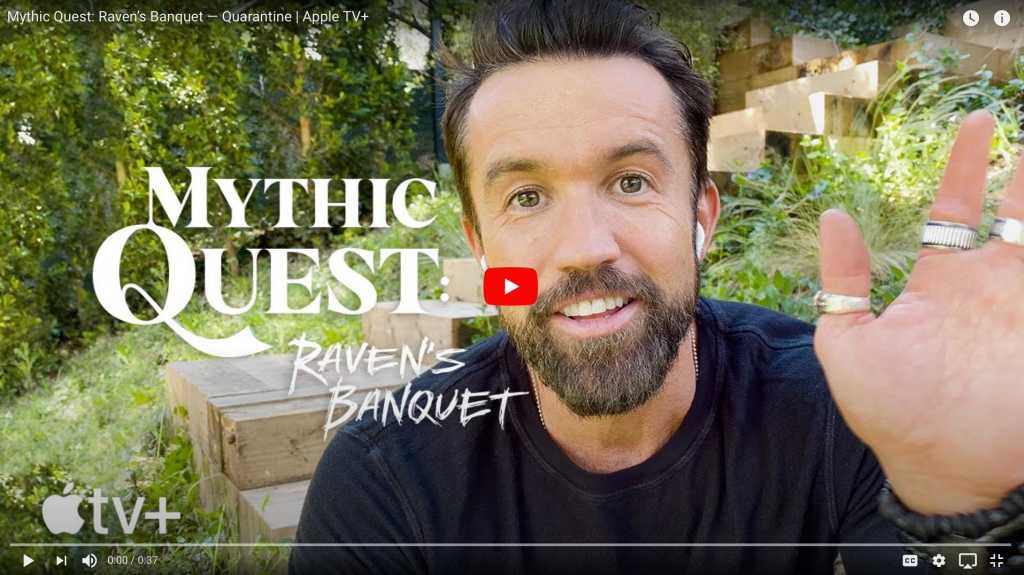 We finished watching Apple TV+’s Mythic Quest – Raven’s Banquet a couple of evenings ago and were keen to learn when the next series might land. A second series has been commissioned, but due to Coronavirus production had been halted (see Rob McElhenney’s tweet below). However, that doesn’t mean you will have to wait long to get your next fix from the show.

A new half hour episode arrived on Friday 22 May in which we see how the team at Mythic Quest are dealing with working from home due to Coronavirus Lockdown. 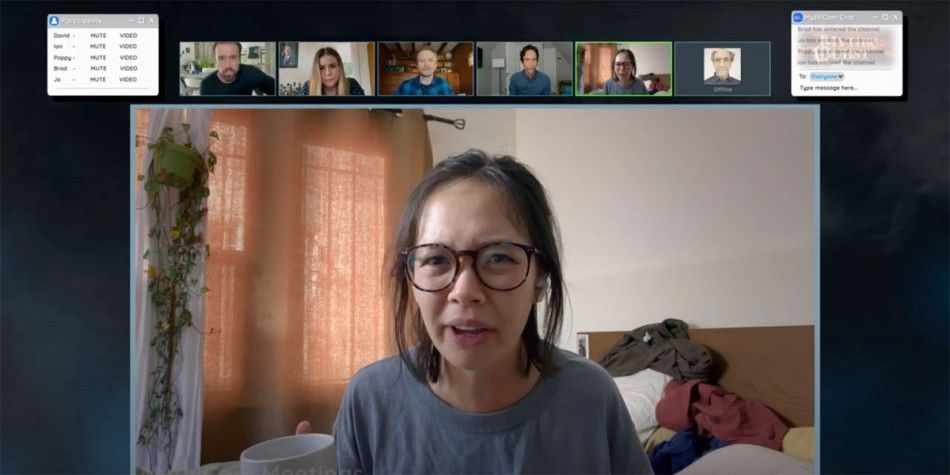 Apple revealed what’s in store for the stars of the show in a trailer published on YouTube. In the trailer we see the crew using online conference software Zoom to communicate from their homes. Everyone involved in the production shot their contribution in their own homes on iPhones.

The new episode is available to watch on Apple TV+ now. We watched it on Friday night and thought it was brilliant – surpassing our all expectations!

The comedy series, which comes from the creators of It’s Always Sunny in Philadelphia, tells of trials and tribulations of the team creating hit game Mythic Quest.

The show – which gets a thumbs up from us – received an overall rating of 7.5 out of ten on the IMDb film platform. The entire first season of comedy Mythic Quest (nine episodes) is available on Apple TV +. You need a subscription to Apple TV+ To watch this show.

Here’s how to get Apple TV+ for free.

When will the second season of Mythic Quest air?

We don’t know when the next season will land on Apple TV. Unfortunately, like many shows Mythic Quest is facing delays due to Coronavirus, but hopefully we won’t be waiting long for filming to complete on the next series.

Mythic Quest Season 2 production will be shutting down at the end of the day. We are working on a plan to make sure no one misses a paycheck. These are strange times and we need to take care of each other. Hang in there Kitties! pic.twitter.com/9lfWx6UZM3

There are a number of shows you can watch for free on Apple TV+ more details here.