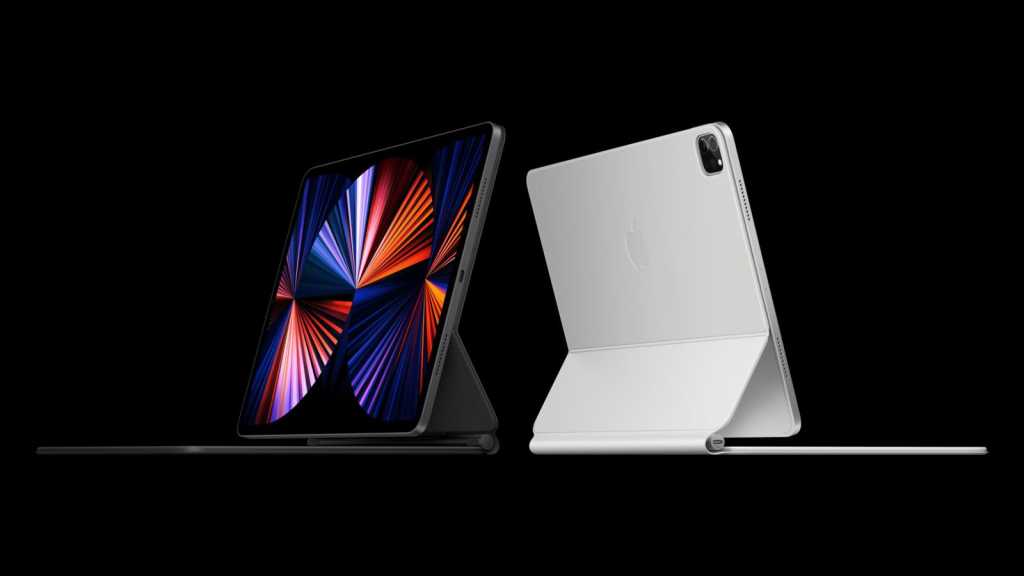 Tonight Apple announced the latest update to its iPad Pro line of premium tablets. In this article we round up all the information you need to know, from the release date and pre-order info to price, tech specs and design changes.

If you’d like to see how it compares to the previous generation, check out our iPad Pro 12.9in (2020) review. And for a broader look at Apple’s full tablet range, read our iPad buying guide.

The new iPad Pro was announced tonight (20 April) at Apple’s Spring Loaded event. Pre-orders begin on 30 April, and Apple says the devices will ship and go on sale in stores in the second half of May.

You can preorder your iPad Pro from Apple from Friday 30 April.

We’ll let you know as soon as Apple provides a more exact on-sale date. Apple leaker Jon Prosser has indicated that the new iPad Pro could be ready to ship on Friday 21 May.

iPad Pro launch is May 21st.

The “22nd” date I mentioned is linked to the 5G model for a certain carrier and should be disregarded for the most part.

Apple will also launch the new Apple TV on May 21st. https://t.co/A31ZulKGWa

We’re not sure why US consumers have suffered more than their UK equivalents this year. Read: For once Apple’s not ripping off Britain.

Here’s the full price list for the 11in model:

And for the larger model:

You can browse the new iPad Pro on Apple’s website, but it isn’t available to pre-order just yet. That will happen on 30 April. We’re separately tracking where you can buy the new iPad Pro tablets if you want to learn more about availability.

To get the best possible price, keep an eye on our roundup of the best iPad deals.

In aesthetic terms the new iPad Pro is identical to last year, with no new colour finishes or reductions in bezel size, and certainly no radical design changes. 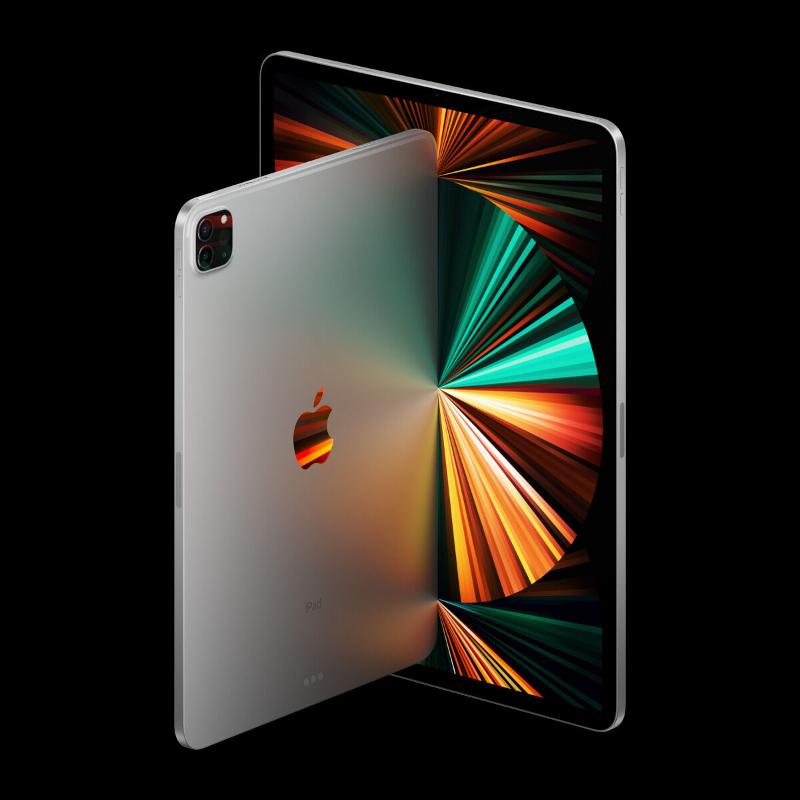 The chassis has been tweaked a little in dimensions, however. The 12.9in model is half a millimetre thicker than last year (which we don’t think you’ll notice) and 41g heavier (which you might).

We assume this extra heft is down to the XDR display, because the 11in model is identical in thickness to its predecessor and actually a fraction (just 5g) lighter.

On the outside the iPad Pro looks much the same as the previous generation. But there are some major changes on the inside.

We can split these into four headline areas.

The revolution has come full circle. The Apple Silicon transition was all about bringing to the Mac range the proprietary ARM-based processors that had been used for years in the iPhone and iPad – but the first such processor, the M1, proved so popular that it’s now made an appearance back in the iPad Pro.

The M1 and its 8-core CPU and 8-core GPU offer 50% faster general processing performance and 40% faster graphics than was offered by the 2020 iPad Pro – a significant step forward. (Apple also drew a slightly fanciful comparison with the original iPad from 2010, claiming the latest models offer 75x the CPU performance and 1,500x the graphics performance of that antique device, for what that’s worth.)

The M1 is also known for its power-efficiency (it offers a mixture of high-efficiency and high-performance cores, and regulates its use of these depending on the requirements of a given task). Apple didn’t make any claims regarding improved battery life – it’s possible that the power gains offered by the M1 are cancelled out by the demands of the other new features – but we look forward to testing it out in real-world conditions.

The (more expensive) cellular versions of the new iPad Pro support 5G, much like the iPhone 12 handsets from last year. Also like the 12-series, their actual capabilities are geo-specific: if you buy in the US you’ll get the faster mmWave standard as well as the slower but longer-range sub-6GHz, but in other countries you’ll get sub-6GHz only.

(There are hopes that the launch of the iPhone 13 in autumn will see mmWave rolled out to more countries, including the UK.)

The addition of 5G was widely expected ahead of the event but for this iPad user at least it feels like a relatively unexciting new feature: in the UK 5G coverage remains relatively patchy, particularly outside the big cities, and the iPad Pro, with its high price tag and bigger screen options feels like a far less mobile option than the iPhone or cheaper iPads. Still, it’s nice to have the option.

In previous years the mid-size and large versions of the iPad Pro have usually been similar in terms of capabilities – we expect them to differ in terms of screen size and resolution, battery capacity and price, but not much else. But this year there’s a proper flagship feature that is available on the 12.9in model only, and explains why that model’s price has seen a £30/$100 bump. 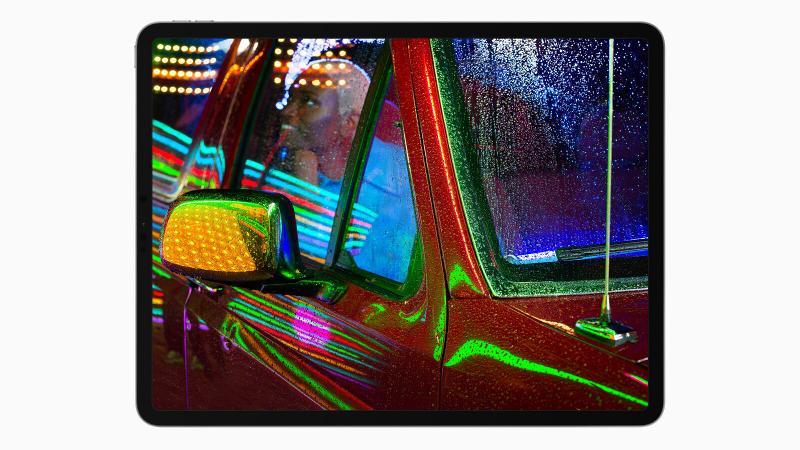 The larger Pro has what Apple describes as a Liquid Retina XDR display. These marketing terms can be a little woolly, but here it reflects an attempt to bring to the tablet the features and an approximation of the specs of the standalone Pro Display XDR.

The XDR display is based on mini-LED backlighting tech, which should mean it’s capable of sophisticated and subtle localised dimming across the screen – but it’s impossible to assess performance without trying out a sample. Stay tuned for our report on that.

On the specs front, the 12.9in Pro is capable of a whopping 1,000 nits of full-screen brightness and 1,600 nits of peak brightness in HDR, plus a million-to-one contrast ratio. The 11in model is still limited to 600 nits of brightness.

There’s been a spec bump here, from 7MP last year to 12MP in the new models. But things are a bit more interesting than that.

Apple has added a new lens to the front array: an ultra-wide lens that among other things means you now have access to a 2x optical zoom (out). It also adds a new feature called Centre Stage which uses machine learning to identify faces on video calls and auto-pan and zoom out to make sure they remain in shot. 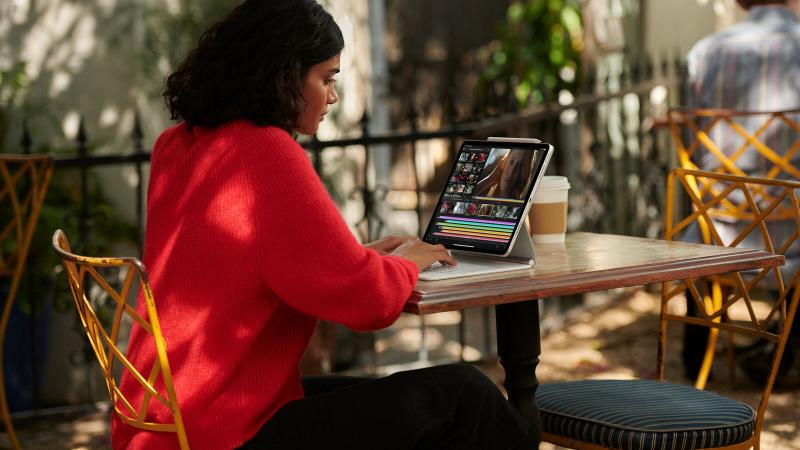 This is not a new concept; we tried this years ago on the Facebook Portal. But it’s a nice addition to the iPad’s feature set.

Apple’s bumped the top storage tier, and the iPad Pro (both 11in and 12.9in) now offer a maximum of 2TB. Interestingly Apple didn’t remove a tier at the bottom to make room – presumably this was in order to preserve an entry-level model at roughly the same price as last year – so there are now five tiers, as you will have seen in the pricing section.

Note that the storage tier you select has an effect on the memory allocation too. The models equipped with 128GB, 256GB or 512GB come with 8GB of RAM – itself an improvement on the 6GB offered in 2020 – while the 1TB and 2TB models get a whopping 16GB of RAM. 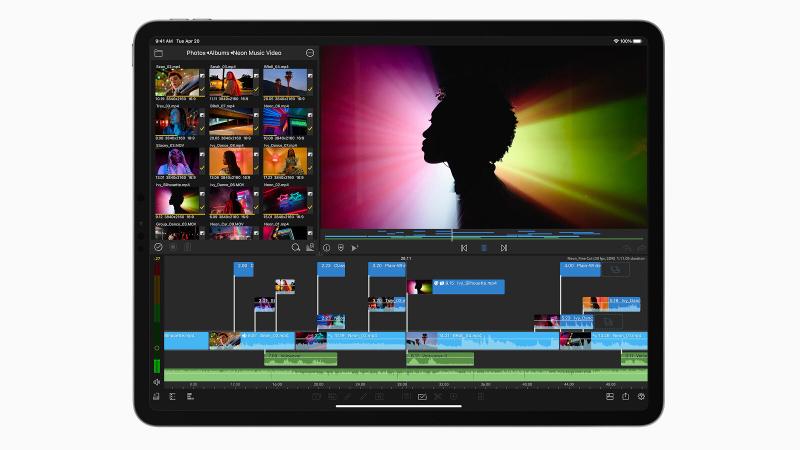 Apple has also upgraded the iPad Pro’s single port. As well as USB-C (as before) this now also supports Thunderbolt and USB 4.