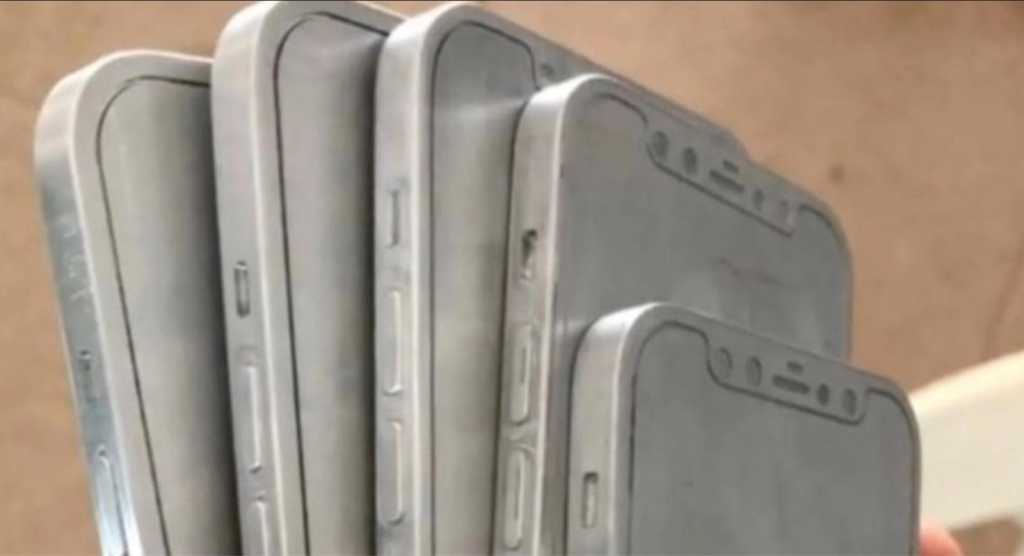 We expect the iPhone 12 to appear in the autumn, but we may not have to wait that long to get a glimpse of how it could look. Images of aluminium molds have been shared on Twitter that could show the design of the 2020 iPhone range. But they might only tell us how people are interpreting the rumours, rather than coming from Apple directly.

However these iPhone props can give us an indication of what can be expected from the iPhone models 2020 in autumn.

The pictures were shared on the Twitter channel “JinStore” and show a total of three different iPhone 12 model sizes, although there are actually five moulds shown in the tweet ( via Apple Insider).

The sides are squared off, just like the rumored #iPhone12 #iPhone12Pro pic.twitter.com/u2lg4pcxSV

A total of five moulds are shown, with the medium size being used for the iPhone 12 and iPhone 12 Pro. The three different screen sizes are as follows:

This fits previous speculations about the screen sizes for the devices.  Read everything we know about the iPhone 12 here.

The moulds are in harmony with rumours that the new iPhone 12 will have straight edges, as seen on the iPhone 4. However, the notch doesn’t appear to have changed, so it doesn’t support rumours that the Notch required by Face ID tech will shrink.

Further pictures shared by JinStore give us some insight into the camera modules – in particular a model with three camera lenses and a place for a flash, notes AppleInsider.

However, because it is impossible to know which model is represented by the mould there is a lot of room for interpretation. We cannot tell if a lens depicted could be the rumoured LiDAR sensor and therefore it doesn’t tell us anything about whether the LiDAR sensor will only feature on the Pro editions whether it would be installed differently to how it was introduced in the iPad Pro series.

It’s entirely possible is that the leaks are fakes. More likely they are mock-ups made by a case manufacturer based on rumours, we just don’t know how accurate their sources were.