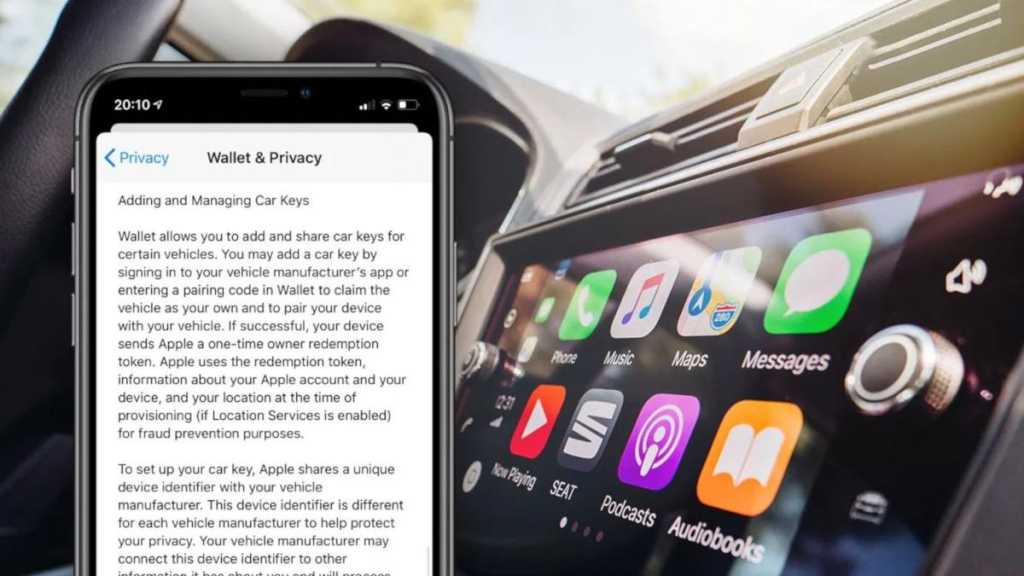 In February, 9to5Mac revealed references to a new feature in iOS called “CarKey” or “Car Key”. This would allow you to unlock a vehicle and drive away using only the digital car key stored on your iPhone.

Now the German site iPhone Ticker (again via 9to5Mac) has discovered new references to the feature in the beta of iOS 13.6. In the Wallet app’s info section, Apple explains (among other things) that it will collect no vehicle usage data, but that the car manufacturer may do so. The beta also reveals that the feature is activated via the manufacturer’s official app, while keys are added much like debit cards in the Wallet app.

We already knew a few details about Car Key: for example, that you will be able to specify whether the car unlocks as soon as the designated iPhone gets close to it, or if you want it to stay locked until you verify your identity using Touch ID/Face ID. The feature will be based on ultrawideband technology in the iPhone 11 and later, and NFC on older phones.

It’s unclear at this point if Car Key will be ready for iOS 14 when it’s unveiled at WWDC 2020, or if this will be rolled out in a separate update; 9to5Mac reasons that it will appear earlier than that, when the public version of iOS 13.6 is released.

Back in 2018, Apple joined a consortium to develop a standard for digital car keys. We assume that this standard will be used for Car Key in iOS.