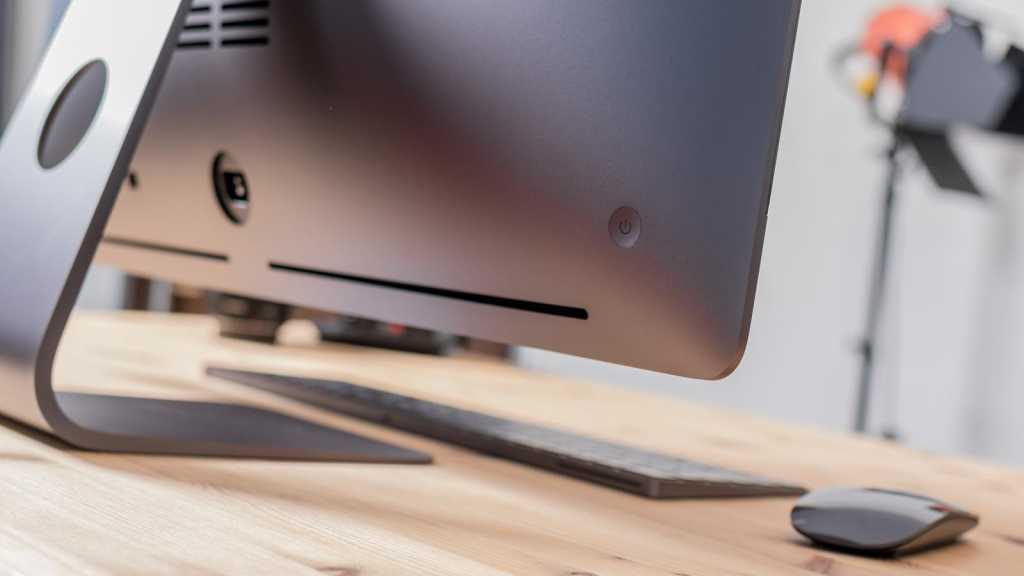 WWDC starts on Monday 15 June. We know that Apple will introduce new versions of its operating systems including macOS, iOS and iPadOS, but that may not be all. It is quite possible that Apple will use the virtual WWDC keynote to show of some new hardware and amongst that could be a new-look iMac, based on clues inside leaked iOS 14 code.

A new iMac is long overdue – the last time Apple updated its all-in-one desktop Mac was March 2019, and the current form factor has existed since autumn 2012. We’ve been calling for a redesign to the iMac for a while now – we think that the design looks dated and that it’s not ergonomic enough.

Well that change may finally be coming: Russian Twitter user iFinder claims to have spotted a reference to a new iMac model in leaked source code from iOS 14. It’s an icon that seems to represent of the iMac.

Translated: “In IOS 14 code, a schematic image of the new generation iMac was found. And as for me it looks fantastic))) (iMac render mine)”

The icon certainly seems to depict the iMac, but it has narrower frames and no chin (the solid block of aluminium that sits below the screen on the current crop of iMacs).

So it certainly looks like a design change is coming, but we can’t be sure that it will arrive as soon as WWDC. The icon won’t actually appear in the Apple’s operating systems until the autumn, which may well be when we see this new iMac.

The other question right now is whether the iMac will be updated with a new processor at WWDC and if that will be an Intel processor or Apple’s first ARM processor. Read about the rumours about the new iMac here.

Interestingly, when Apple switched from PowerPC to Intel processors it was the iMac that was first to get the new CPU (in January 2006). However, back then the new iMac looked just like its predecessor – the iMac G5. So, it seems likely that we will see a new Intel chip inside the iMac before we see a new ARM-iMac. Would it be wise for Apple to test the design first with an Intel processor or jump in with ARM? We’ll have to wait and see.

If you want to know more about Apple’s plans to move from Intel to ARM read this: Why Apple needs to ditch Intel for ARM.

Parts of this article originally appeared on Macwelt.