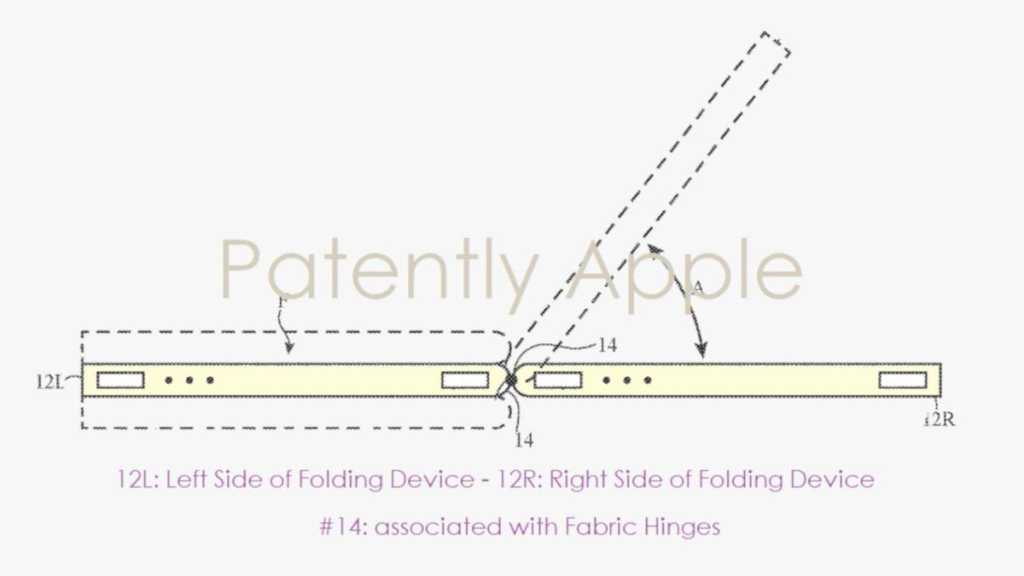 Leaker of the moment Jon Prosser has posted a series of tweets about a ‘foldable’ iPhone currently at the prototype stage – but those inverted commas are important because he says it isn’t really foldable in the usual sense.

The prototype, Prosser says, has two separate displays connected by a hinge, whereas the traditional foldable phone, like the Samsung Galaxy Fold, is more like a single display that folds in the middle. That sounds a bit underwhelming, but he clarified in a later tweet that the two displays form a coherent whole when put together: “Even though they’re two separate panels,” he writes, “when the displays are extended, it looks fairly continuous and seamless.” 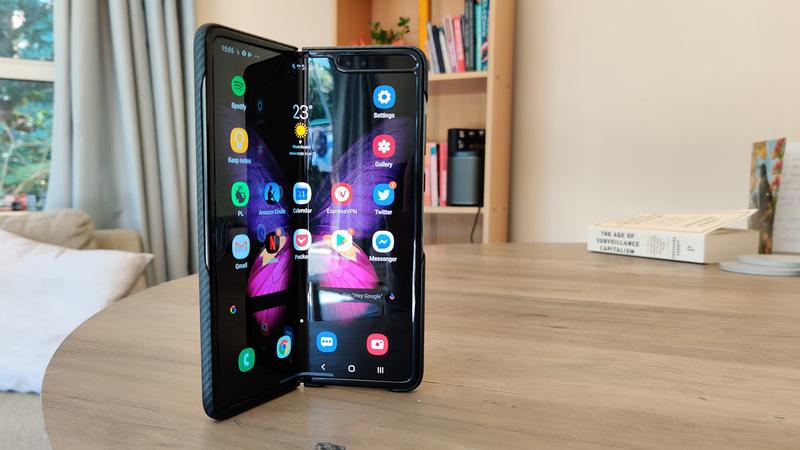 This is the Galaxy Fold, not the new iPhone

Other than the ‘folding’ display, the new design will offer a notchless screen (with a ‘forehead’ to house the scanner) and iPhone 11-esque rounded edges. And it appears to at least partly fit a patent with fabric hinges that Apple applied for in March and has now been awarded, according to Patently Apple.

Prosser admits in a separate video interview that he has no idea of the timeframe for when the iFold will launch. But that in itself pretty much rules out this autumn: no folding display on the iPhone 12. We imagine we’re looking at a 2021 announcement, if Apple decides to go ahead with the project. Which is by no means a certainty, given that the company routinely creates prototypes in a variety of form factors and abandons the ones that don’t feel right.

But is this really happening, and how can we be sure? Prosser has an enviable recent record and famously predicted the iPhone SE launch earlier this year – although bear in mind that he doesn’t have a long history of Apple-related leaks, having focused on other companies in the past – and his pronouncements carry a lot of weight. But not everyone is convinced by this particular claim.

OnLeaks, one of the biggest names on the leaking scene, replied to the tweet with “LOL”. Asked if this meant he didn’t believe Prosser’s claim, or if he thought it was true but a bad idea (that’s my paraphrasing), he replied that it meant “BS”. Which in my school playground meant “that is not true” – but OnLeaks later tweeted: “I never said you made things up…”

Saving this for later 🤗 You’re not the first person to say I was making things up 😏 pic.twitter.com/eK6Ae3nYsi

Possibly he thinks Prosser has been given faulty information rather than fabricating it himself. Either way, we love a good beef between leakers.

Folding iPhone rumours have been popping up for years. Read our article Foldable iPhone release date rumours & patents for all the latest information.