When Jon Prosser dropped his leak-bomb back in May, giving away almost everything about Apple’s in-development AR glasses, he mentioned in passing that the projected price (a surprisingly low $499) did not include your glasses lens prescription. You’ll have to pay for that on top of the standard price.

Glasses owners will know how expensive that could be, but AR glasses are useless if you can’t see through them. They tend to be designed as lightweight replacements for glasses, rather than the bulkier headsets you get with VR, and you don’t want to have your normal glasses and then the AR glasses on top. (Although, full disclosure, I do this with sunglasses and look pretty fly if I say so myself.)

Apple Glass is still a long way from launch (we’re looking at a release timeframe of 2021-2022, although a pre-launch announcement will be made much sooner than that) and plans could still change. But we think the prescription upcharge isn’t going anywhere. Apple tends not to overreach on first-gen products in any case, because it likes to have something it can ‘fix’ on version two.

What that fix could be in this case may have been revealed by patent activity, spotted by AppleInsider. A patent granted yesterday – number 10,686,922 – explores the idea of a headset that can adjust its output via lenses to accommodate a user’s prescription.

At first, the patent doesn’t appear to relate to Apple Glass. It refers to a “Head-mounted display apparatus for retaining a portable electronic device with display”: in other words, a sort of upmarket version of Google Cardboard. A bulky headset into which you insert your phone. 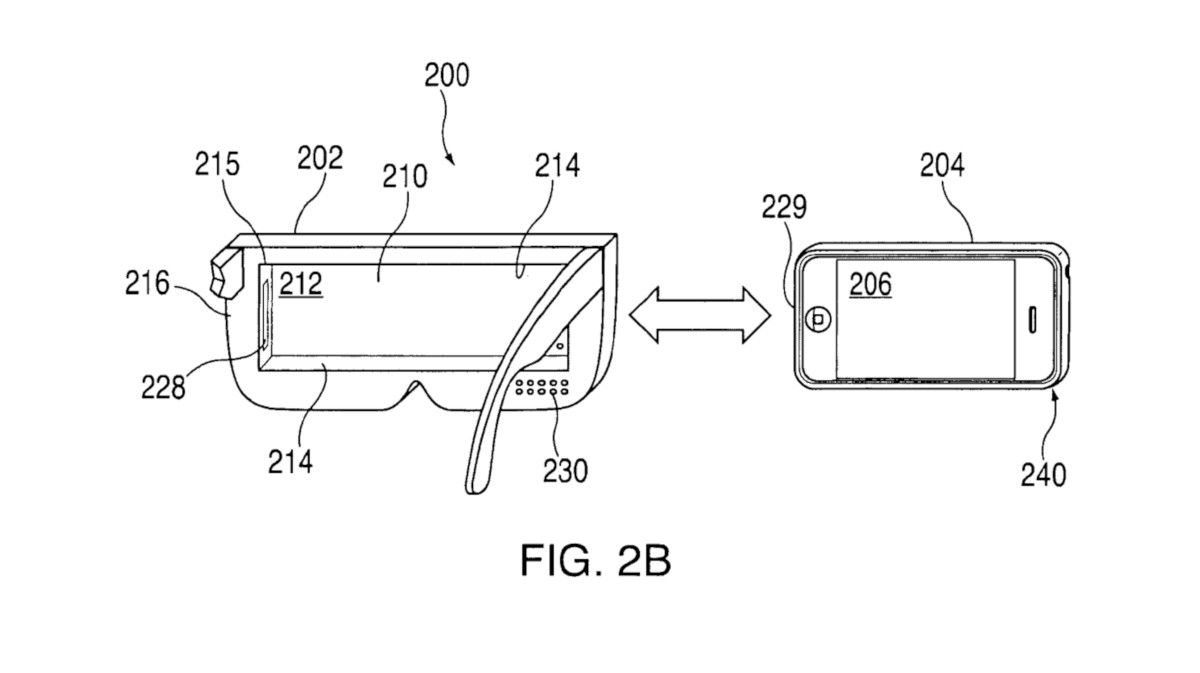 Later on, however, the penny drops that this also covers devices that are much closer in spirit to Apple Glass. “In one embodiment,” the description says slyly at one point, “the head mounted display apparatus is a single device that includes its own display.” It took us a long time to find that reference, and we knew from AppleInsider’s commentary that something along those lines was in there. Maybe Apple didn’t expect it to be spotted.

So some theoretical future iteration of Apple Glass could adjust itself automatically to your prescription, like those big machines that opticians have. It’s an exciting concept – one of my colleagues calls it “life-changing”, while another frets about opticians’ livelihoods – but still a long way off. For all the latest developments, both distant and imminent, read our guide to Apple AR glasses release date, price & specs.