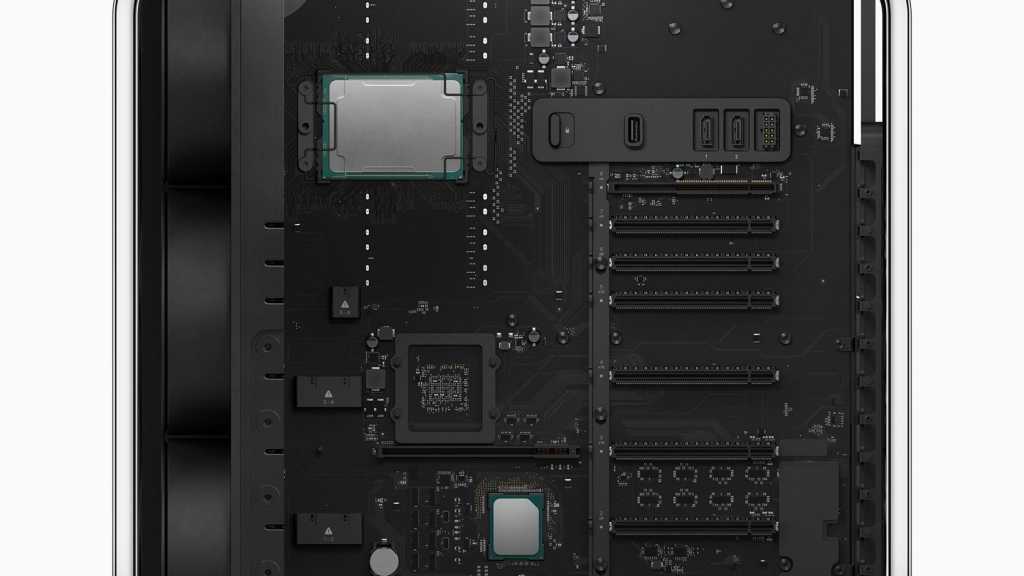 On 15 June 2020 Apple revealed that it was making a new new SSD kit for Mac Pro available that would enable customers to upgrade their internal storage from the original factory configuration.

We’ve had a look at the process Mac Pro owners will need to go thought to perform the update. The steps are similar to installing RAM, except that users also need to delete the firmware on the T2 chip and reload it, which is a more complicated process and will require a second Mac.

The Mac Pro is the only Mac to have interchangeable SSDs, and up to two modules can be installed at a time.

At first glance, the SSDs look like conventional memory modules. However, you can only use special modules offered by Apple that cost from £600/$600 – for the 1 TB model. The maximum expansion level is two 4TB modules (for a total of 8TB), which cost a total of £2,800/$2,800. There is a small discount for the purchase of these two modules, as a single 4TB module costs £1,600/$1,600. You can buy the modules here.

It is not difficult to install the modules themselves, the T8 screwdriver required is actually included with the SSD modules.

Apple runs through this process on a support page here. We recommend that you follow Apple’s 19 steps. The level of difficulty is about the same as replacing a memory module on an older Mac Pro (until you have to delete the firmware on the T2 chip, more on that below).

After the update is complete, the Mac will restart and you can then use the SSD.

There are cheaper and easier to use alternatives, such as Sonnet or Promise. These solutions also do not require a T2 chip update.