Just as the real tips can always be found in the comments, the really interesting changes to Apple’s OS platforms are often spotted by eagle-eyed devs after the WWDC keynote is over. The things Apple wants to talk about are not always the things that are worth talking about.

One striking example of this at WWDC 2020: the new ability to set your own choice of default email and browser apps in iOS 14. This wasn’t mentioned by any of the speakers, but was spotted in small print on one of the presentation slides.

This is something that iPhone owners have been demanding since Craig Federighi was in short trousers, for obvious reasons. If you can’t make Chrome or Dolphin your iPhone’s default web browser, and you can’t make Outlook or Spark its default email app, then you might as well not bother to install them at all. Clicking on a web link or email address will take you straight back to Safari or Mail, the experience is a frustrating mess, and Apple gets to carry on developing those apps in what amounts to a monopoly market.

That’s all about to change, and this is great news for everyone. Most obviously, third-party app developers will be able to compete with Apple’s own apps on a level playing field – or perhaps we should say a less drastically tilted playing field, since Apple still retains the considerable advantage of its apps being preinstalled out of the box. iPhone owners will be able to use whichever browser and email apps they like, without having to worry about constantly being sent back to Safari and Mail, and thus exert more control over the way their devices behave.

Furthermore, because development in this field will become that much more viable, devs will plough more resources in, and the standard will rise. Expect to see better browsers, and better email apps. Safari and Mail themselves will probably improve as a consequence, because competition is a good thing for everyone. (Or am I being too naively optimistic about the operations of capitalism’s invisible hand?) 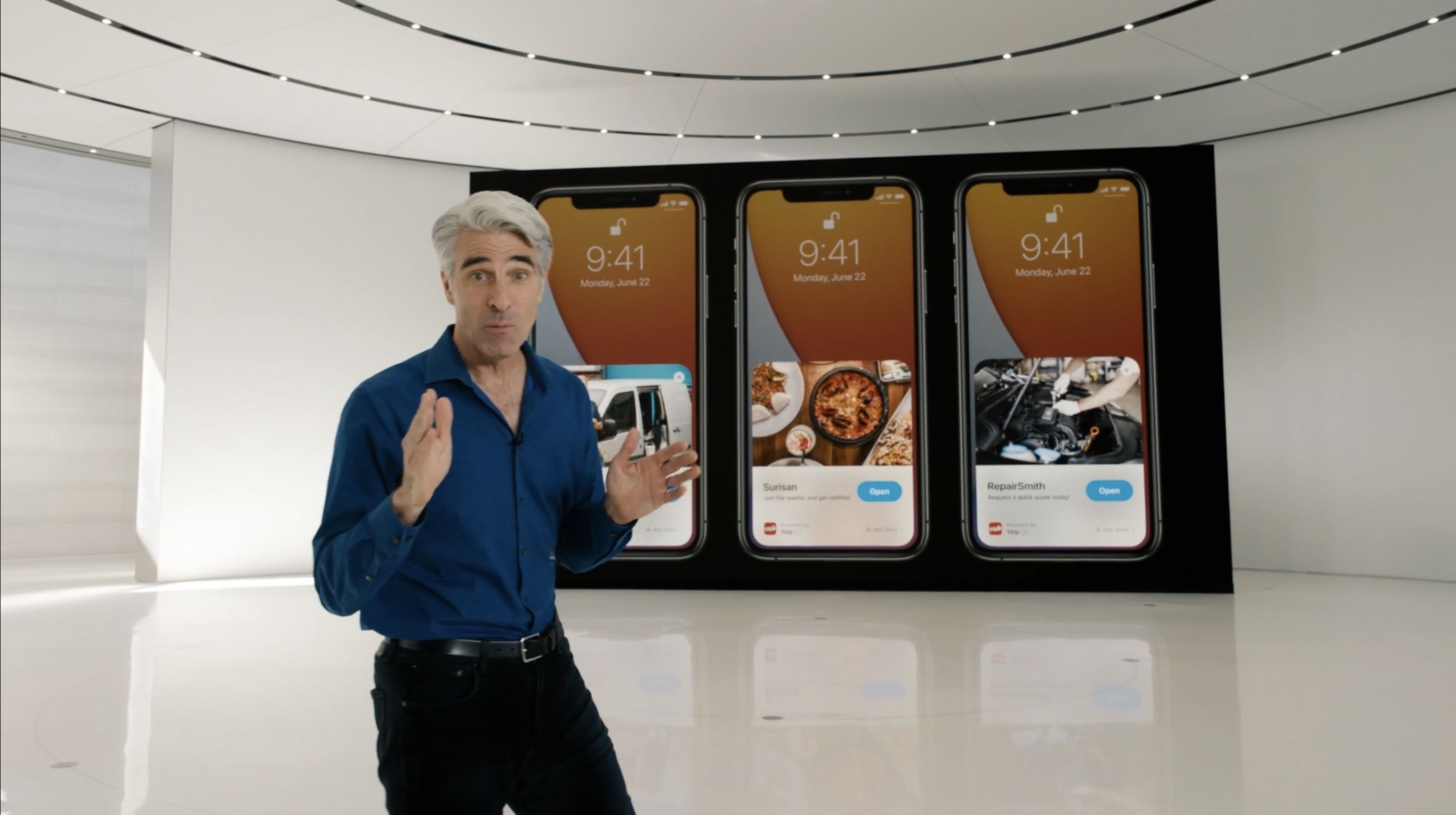 Exciting times. Why, then, did Apple not shout this from the rooftops?

Let’s get one possibility out of the way: maybe this was a decision based on legal reasoning. There are ongoing investigations against Apple in both the US and the EU related to anticompetitive behaviour on the App Store, and allowing third-party app makers to more easily compete with your own offerings seems like both a fairly sensible move in that context, and not something you’d want to brag about.

But I’m not convinced by that, not least because iOS 14 has been in the works since 2019 and the investigations are from the past month. A more likely explanation for me is that the company simply doesn’t like to admit that it had to back down on an issue it views as important.

This all speaks to a fundamental question at the heart of Apple and Google’s computing (and competing) philosophies: is it better to have choice, or quality? Or to put it another way, is it okay to force customers to use your products in a particular way, if by doing so you can make the overall experience better?

For years Apple has held the line on this debate. iOS has never even approached the levels of customisation offered by Android: Apple is stricter about the apps you can install, and less accommodating about the degree to which each app can embed itself into the system as a whole. But that constrictive walled garden pays you back by being slick, secure and stable.

Unfortunately users, like information, want to be free – or at least, they think they want to be free. (Perhaps we’ll be contacted by dozens of iOS 14 upgraders encountering problems with their new email apps, although I hope and expect not.) And from time to time – aided by the fact that Tim Cook, unlike his predecessor, is not an ideologue – Apple is obliged to concede a small amount of ground.

With the launch of iOS 10 the company allowed us to ‘delete’ preinstalled apps; three years later it’s letting us set third-party apps as the default for email and web browsing. It’s a slow business (and you may have to wait a while for your favourite apps to appear as an option) but it’s progress.

For our pick of the iOS 14 announcements, read 6 brilliant new features iOS 14 brings to your iPhone.