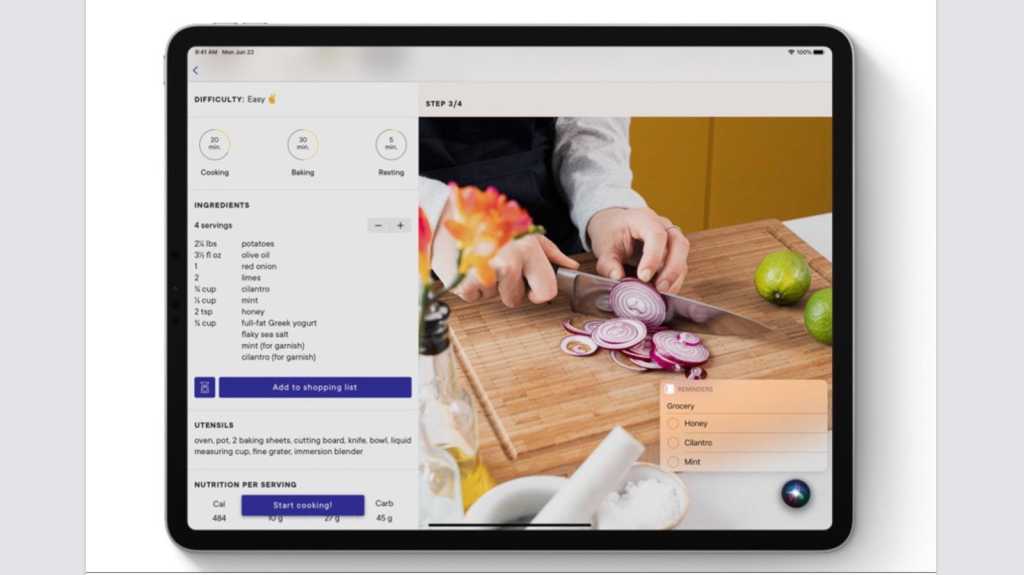 Later this year Siri will be getting new features and capabilities, as well as a new, less invasive appearance on iPhone and iPad, and a new translation capacity.

Apple has clearly put some development work into the upcoming version of Siri, perhaps because Siri has always seemed to have lagged behind competitors like Google and Alexa.

The biggest change is actually the least noticeable. When you activate Siri in iOS 14 or iPadOS 14 rather than taking over the whole screen it will just take up a small area. Your will know you have triggered Siri by the appearance of the floating Siri symbol at the bottom of the screen – rather than hiding the app you are using. The answer will be shown in a notification you can easily swipe away from the top of the screen.

You will be able to can record and send an audio message directly from Siri.

When you say the command: “Hey Siri, send an audio message”, Siri will immediately begin to make an audio recording, which can then be sent via the messaging app.

Another new feature is the dictation function, which is based on Siri’s speech recognition. While it’s been possible to dictate to your iPhone, iPad or Mac and have it transcribe the typed text for some time, this has been a separate feature to Siri (although using the same technology). Right now on the iPhone or iPad you can trigger Dictation by tapping the microphone icon below the keyboard.

To use it, you will need to download additional data and the function is only available for iPhones from the iPhone XS model up. So far, the languages English, Mandarin, Japanese, French, German and Spanish are supported.

Siri also knows more. According to Apple, Siri should be able to give better answers to questions like “Is Pluto a planet?” And it will offer twenty times more facts than it did three years ago.

Siri is already able to provide some translations, but this function only supports phrases rather than real-time conversations between two people – such as tourists and taxi drivers. Soon a new translation app called Translate will use Siri to immediately translate a spoken sentence into text and translate it.

When the iPhone is held in landscape mode the app will offer a translation mode that is easy for two people to use. Each person’s language will be automatically recognised and translated.