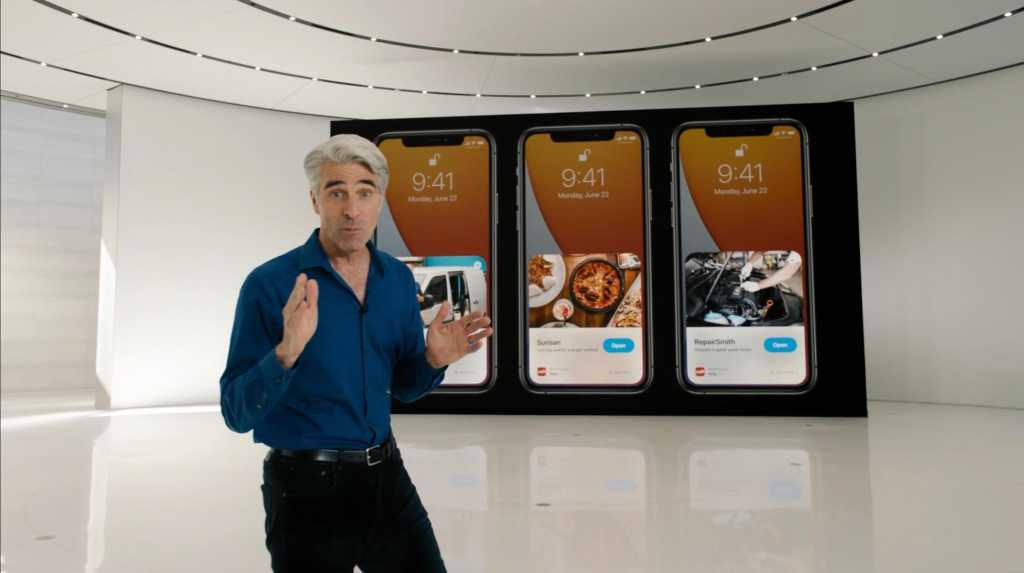 Marquess Brownlee, also known under his pseudonym MKBHD, operates one of the most successful technology channels on YouTube. He has 11.4 million subscribers and his videos have an average of up to five million views: a reach that even an established daily newspaper can only dream of. And Apple can benefit from his reach – the video in which Brownlee talks to Federighi has already been watched around four million times after only two days.

In the video Brownlee asks some questions of his own, alongside some from his YouTube community.

To start off Brownlee asks about “Default Apps” and the new option under iOS 14 to set up mail and browser apps other than Apple’s as standard apps. However, notes Brownlee, this doesn’t include include Maps apps. Federighi responds that Mail and Browser apps were at the top of the list, but says he will add the request for maps to the list.

But Apple’s reason for holding back from allowing users to choose third party apps over the set of Apple apps is because “We don’t want users to have bad experiences with other supposed browser apps and end up being frustrated. We are very careful with these things,” Federighi reveals.

As a result “We have certain criteria that a browser app has to meet. Of course, the currently popular browser apps that you might just imagine qualify. The same applies of course also for mail apps.”

Next on the list is Siri. One of the biggest changes to Siri in iOS 14 will be the least noticeable – rather than taking over your whole screen Siri will only take up a small section. Brownlee highlights a problem with this, suggesting that if you touch the screen while the question is being asked or answered, the process automatically stops – which means you can’t continue to scroll in the background. Frederighi talks about some of the ways Apple has considered this behaviour, one of which would allow you to continue to use applications while Siri was working. But he says that it was too cumbersome. However, he says he will listen to feedback relating to the beta.

Why is there no weather app for the iPad? (The lack of Calculator app is also brought up).

Apple: “We have not yet made a weather or calculator app for the iPad, because if we did, it should also do justice to a device like the iPad. I mean, it is in principle It’s not that easy to develop your own calculator app, but to create one that thinks, “Wow, this is the best iPad calculator app.” We want to do it if we believe that we will get it really, really well. And frankly, we just haven’t been able to make this app really great so far. But this day may still come, “explains Federighi. “And regarding the weather app: Of course it would be easy for us to scale the iPhone weather app for the iPad, but again we ask ourselves the question: Does this look like a really great weather app for an iPad? Let’s do it right rather than somehow. “

You can watch the video below.

Read more about iOS 14 and the new features here, plus we have this comparison of iOS 14 and iOS 13 here.