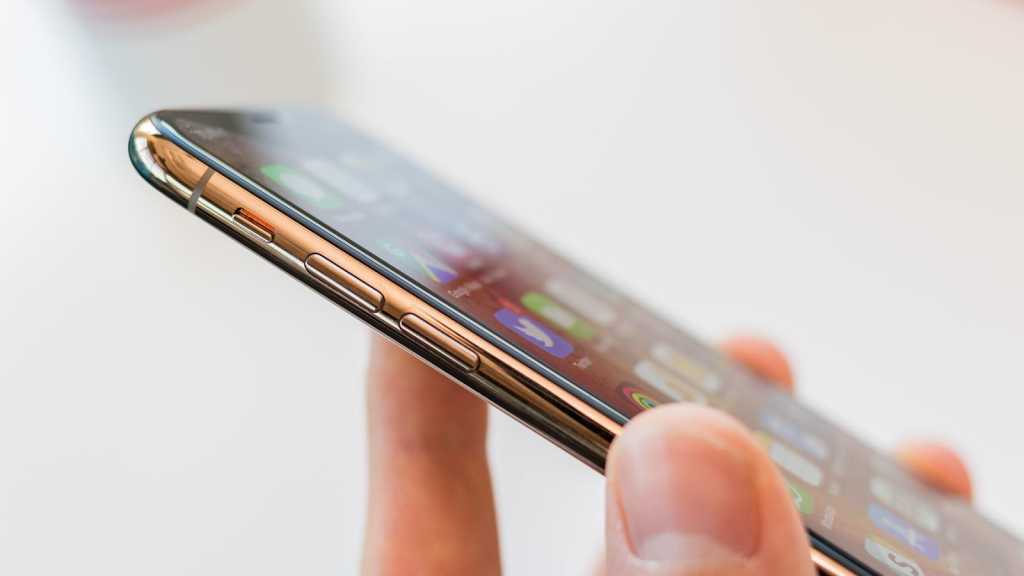 Apple’s latest iPhone operating system iOS 14 is here now and it brings a really useful translation feature that will make it easier to communicate with people who speak different languages as well as read text that isn’t in English.

The new Apple Translate app arrived with iOS 14. As the name suggest, this is a translation program that allows users to converse with people in 11 different languages, even offline.

In contrast to many other translators, Apple’s Translate app can process spoken texts as well as typed ones: in landscape format you can see a view in which the application automatically recognises your spoken language and translates what was said into the desired target language.

So how does it work? We take a look at how to use Apple Translate in iOS 14. 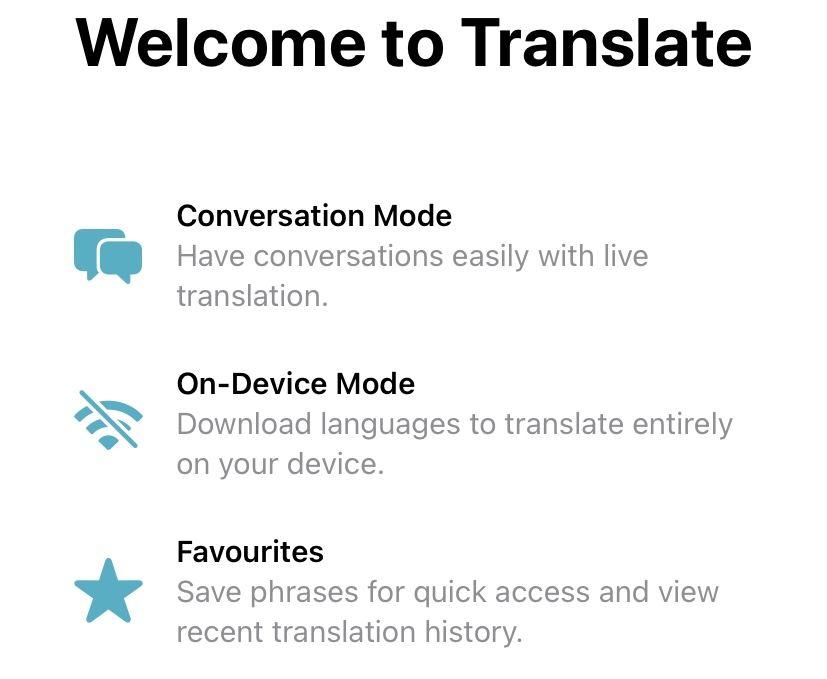 Which languages are supported

With some of these languages you can download the library so that you can perform translations offline – which will be helpful if you are on holiday (translation: vacation if you are speaking American English) and don’t have a data connection. More on downloading languages to use offline below.

How to find the new Apple Translate app

You may not even know that the new Translate app is installed on your iPhone. Here’s how to locate it:

You will need to be running iOS 14. We explain how to get iOS 14 here. We also run through what you need to know about iOS 14 here.

The Apple app is a black square with a globe. 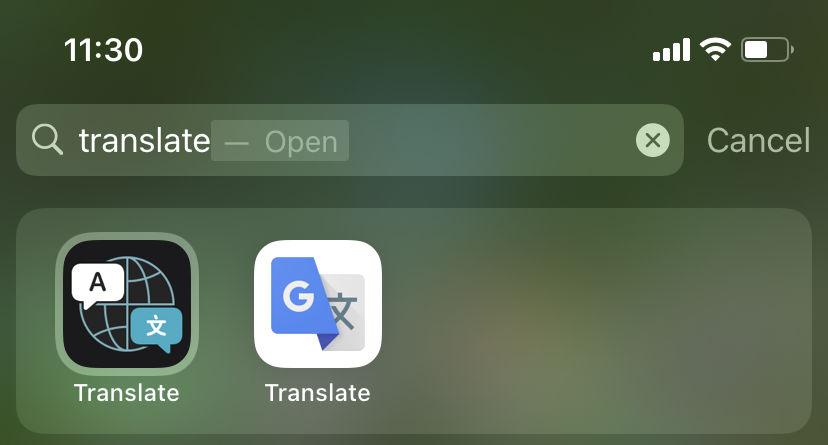 How to use the Translate app

Now that you have found Apple’s Translate app, here’s how to use it:

You can use the Translate app in portrait of landsape mode. The options available are slightly different depending on which mode you are in.

The first time you use the app you will need to approve or reject a few settings, such as whether you want to Improve Siri & Dictation (you don’t have to do this).

Tip: If you want to show the phrase to the other person switch the iPhone into Landscape mode and tap on the two arrows on the bottom right. This will open Attention Mode. There is a play button here that you can tap to play the phrase to them.

Apple’s getting better at interpreting what you say correctly as Siri has improved over the years, but it still gets things wrong from time to time. What if it get’s what you want it to transcribe wrong?

This is an easy way to slighlty alter a phrase if the person doesn’t seem to understand the translation.

How to use Apple Translate via Siri

You can also translate phrases via Siri without even opening the Translate app.

If you want to translate a phrase using Siri trigger Siri on your iPhone here’s what to do:

Alternatively just say: “Hey Siri translate: ‘How much does this cost’ into German” and it should do so (as long as the language is supported).

How to see the phrases I have translated

If you want to go back to a phrase you recently translated you can do so by tapping on Favourites (bottom right of the Translate app screen).

Here you will find your Recents, which are the phrases you most recently asked the app to translate.

How to ‘Favourite’ a phrase

If there are certain phrases you want to be able to use again and again you can Favourite them. Locate the phrase in your recent phrases (as above, just tap on Favourite).

When you tap on the phrase it will enlarge. You will see a star appear on the left. Tap on the star to Favourite it. 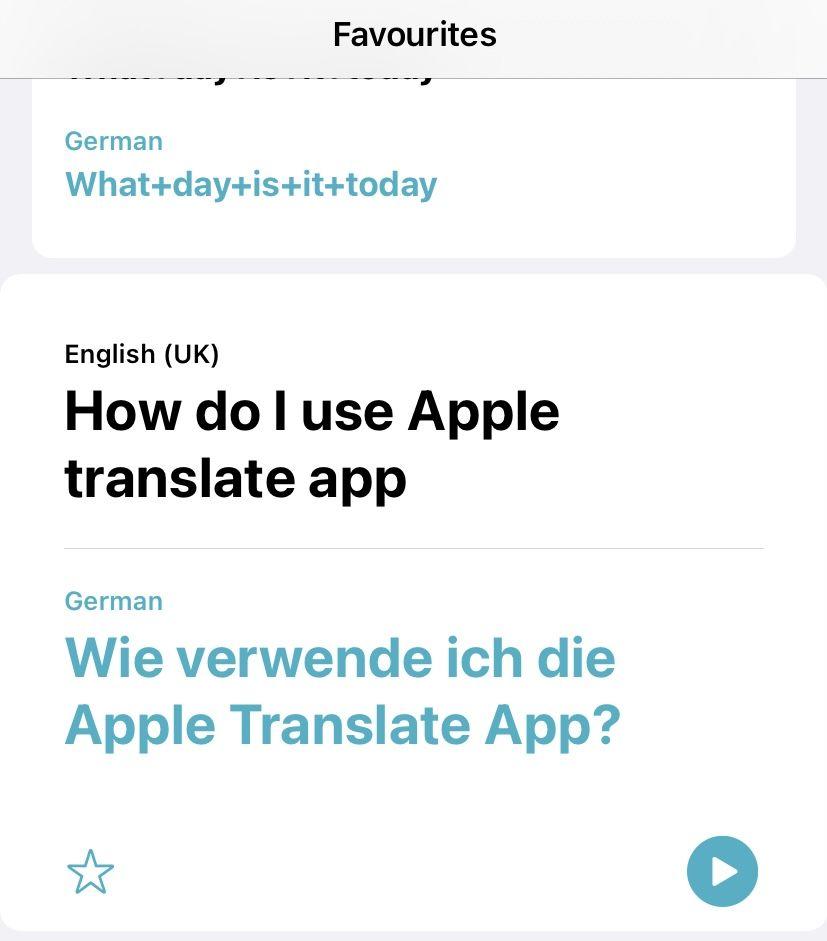 Now whenever you open Favourites you will see these phrases at the top of the list.

How to use Conversation mode in Apple Translate

It’s great that you can just use Siri, but using the Apple Translate app itself has a lot of benefits. One of the most useful features is the Conversation mode.

In Conversation mode you and the other person can hold a conversation in your own languages, with the iPhone acting like a translator.

For this to work the iPhone needs to know that it should detect the language being used (or it will only translate what it hears from English, or the default language).

You can see the whole thread of your phrases and their translations across your conversation. This means you can scroll back to see what you’ve already said without needing to do the translation again.

How to use Apple Translate offline

Sometimes you’ll want to use the Translate in an area where there may not be a Wi-Fi or cellular connection.

For those occasions there’s the on-device mode, which allows you to download language packs so that all the work is done on the iPhone and not on a network.

Obviously, you’ll need to download the language packs before you leave the network-covered area, but once it’s done, you’re free to roam with all the words you need in your iPhone.

We also have a round up of the best translation apps for iPhone here.

You may also be interested in How to translate web pages on the iPhone, iPad and Mac.