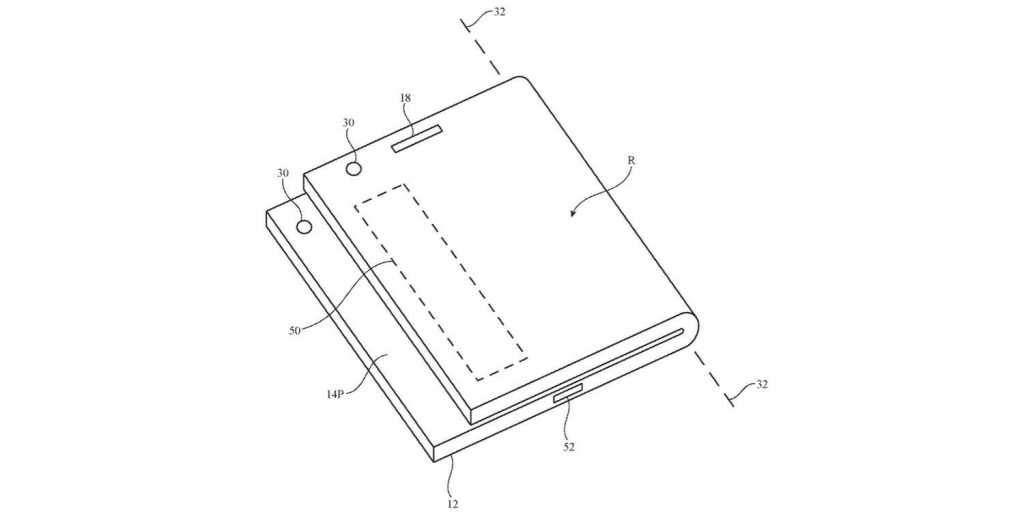 Foldable smartphones are nothing new: manufacturers such as Samsung and Huawei have already launched several such models on the market (and they haven’t exactly taken the world by storm). Apple is also said to be working on a foldable smartphone and now a new patent has emerged that shows a helpful feature that could be applied to a foldable iPhone.

A word of caution: it is not uncommon for companies to register patents that never actually get used, so this certainly doesn’t mean that Apple will ever produce a foldable phone that works in this manner, but it is evidence that Apple is working on foldable smartphone technology.

According to the patent application, this exposed strip can be used to display notifications together with status information such as the battery level. Here’s what Apple says:

The strip can keep its touchscreen functionality even when folded. As the patent sketch shows, an alternative form of interaction could be on a very small secondary display on the back of the device similar to the Touch Bar on the MacBook Pro.