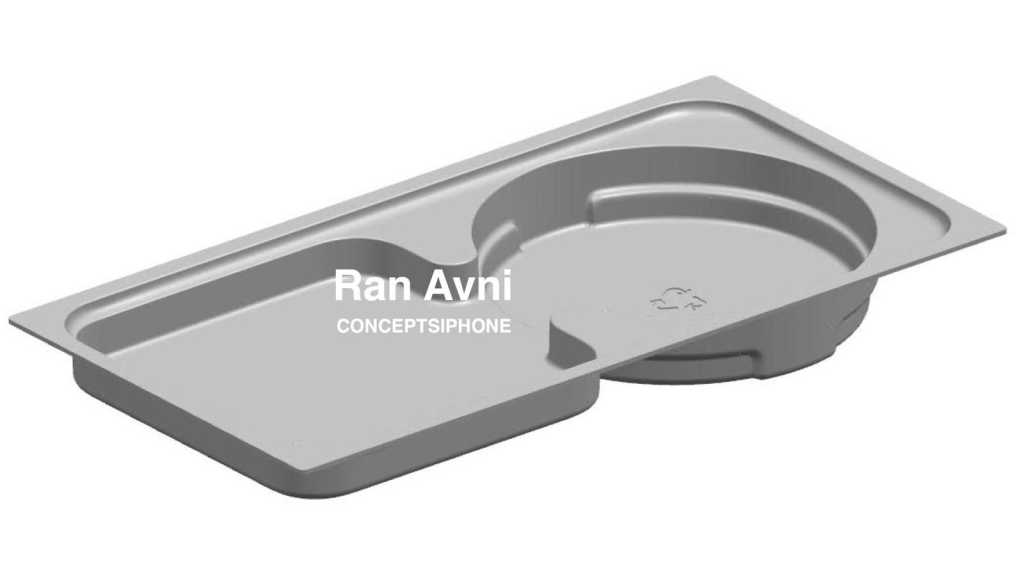 It might seem like a trivial thing to be focusing on, but the packaging of the iPhone 12 is a big deal. Not because we care about the way it looks – although one pundit has claimed it will be exquisite – but because it has lots of ramifications.

On the customer side of things, the size and design of the packaging dictates what can be included. And the ‘box insert’ (in other words, the bit inside, rather than the decorated cardboard exterior) leaked online this week fairly clearly does not have space for many accessories. It’s strong evidence that, as has been rumoured for a while, the iPhone 12 won’t include headphones or a charger.

The iPhone will as usual sit on top of the insert. The squarish gap closer to the ‘camera’ will contain a stiff paper package containing documentation, stickers and the SIM removal tool; the round space on the other side will contain a coiled Lightning cable rather than, we’re sorry to say, the wireless charging pad that some excitable commenters have suggested.

On the company side, the opportunity to redesign the phone packaging is a huge potential cost saver. Leaving out the headphones and chargers is a saving in itself, but this also allows the package to be slimmer and lighter, which means reduced materials and shipping costs. When you’ve got to manufacture and ship millions upon millions of phones, a seemingly small economy on a per-unit level translates into a major improvement to a company’s bottom line.

(Looking at it from a more altruistic point of view, producing less paper and e-waste and reducing the transportation burden is a big win too. I understand that some readers may be cynical about this being a major reason behind this decision.)

I put camera in inverted commas earlier because this isn’t, as you may have guessed, a photo. It’s just a 3D render, and therefore comes with slightly more doubt over its authenticity – although ConceptsiPhone, which published the image, insists it comes from a “really reliable source”. MacRumors, for one, is “a little sceptical of the veracity”.

Catch up with the latest rumours about Apple’s next handset in our iPhone 12 news roundup.