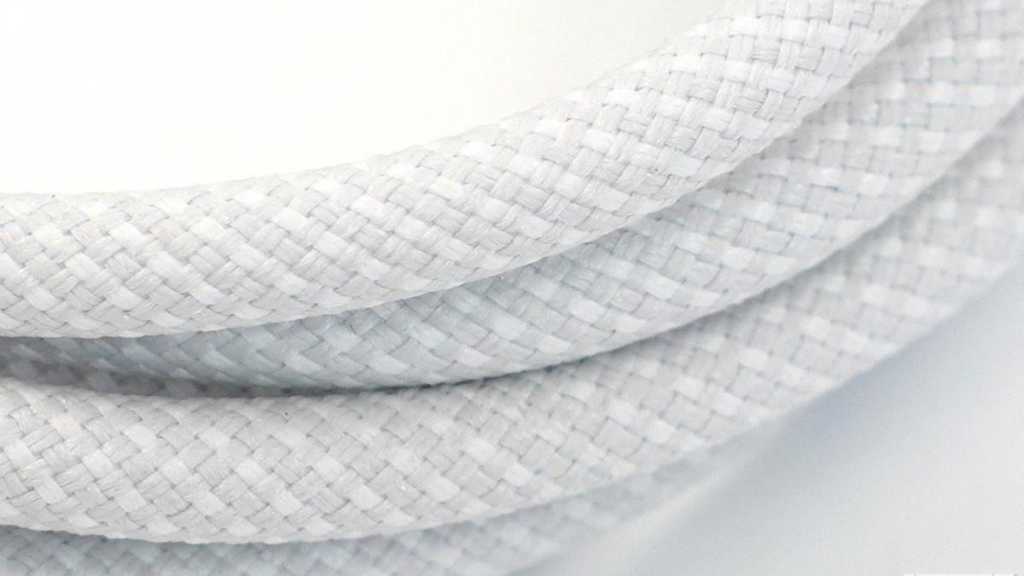 It’s been swings and roundabouts for iPhone fans lately: we’ve been hit with a series of negative rumours countered by consolatory good news, only to have the good news cancelled in turn but replaced by something else good, and so on.

In May 2020, which is to say a time that feels about 37 years ago, a rumour started to spread that Apple was planning on ditching the bundled EarPods from the iPhone 12 box. But it’s okay, we were told, you’ll get the consolation of a mighty 20W charger*.

Then it turned out that the 20W charger was actually going to be for an upcoming iPad, and in fact the iPhone 12 wouldn’t include any charger at all. But it’s okay, they said, because leaving out these accessories would enable Apple to avoid a price rise despite the addition of 5G, larger screens and OLED on the entry-level models.

Then an analyst came out and said that actually the price will go up anyway. But it’s okay because – and this is the latest one – the iPhone 12 will come with a sturdier braided Lightning cable. Which to be honest is pretty thin gruel, but we’re trying to make the best of things.

Pictures of the braided cable emerged, as many hardware leaks do, on the Chinese social network Weibo, and were later tweeted by DuanRui and then retweeted by the usually reliable leakmonger @L0vetodream. MacRumors points out that the originator of the leak, ChargerLAB, has a history of sharing accurate information, and on the whole this seems like a plausible rumour. 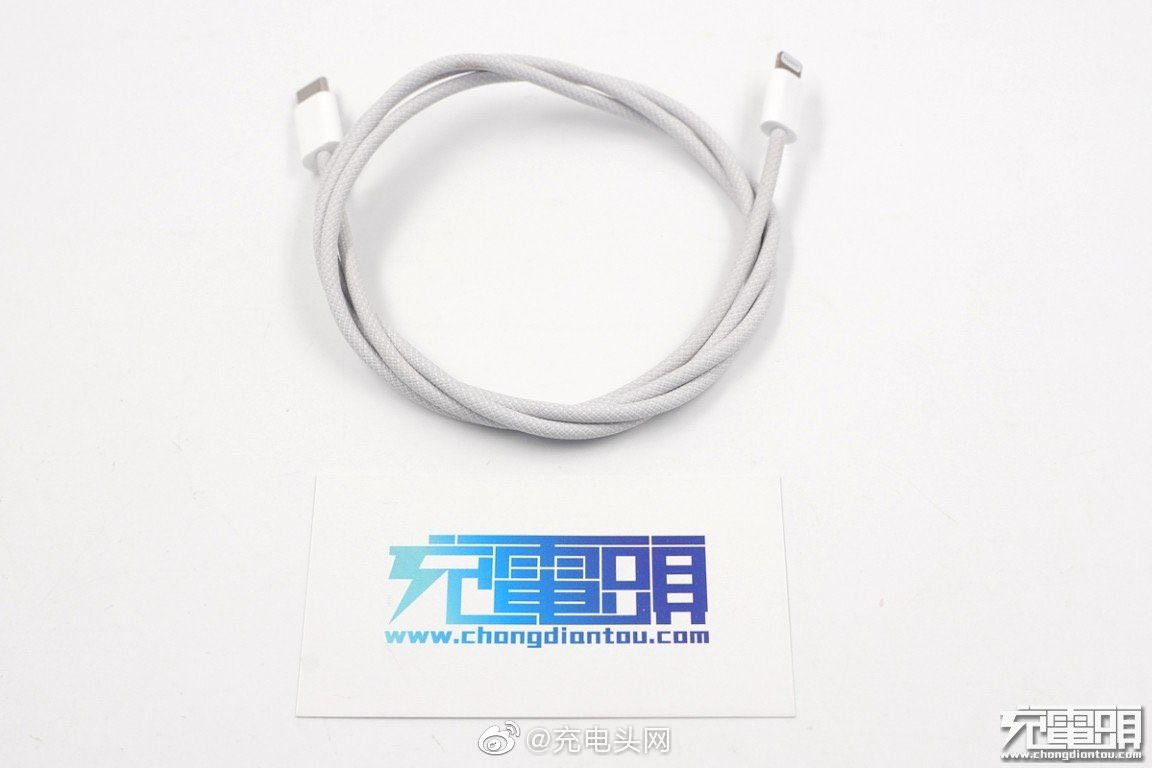 It’s a Lightning-to-USB-C cable, which isn’t a huge surprise given that Apple uses that standard in the 18W charger it bundles with the iPhone 11 Pro. Of course, this does create a small additional wrinkle if the company hopes people will carry on using old chargers as its recent survey suggests: you won’t be able to use this cable with the (USB-A) charger from the iPhone 11, or from any iPhone that came out earlier than that.

People tend not to upgrade their iPhone every year, so it feels like most potential iPhone 12 buyers will have to buy a new charger anyway, or use their old charger and cable and miss out on the benefits of this nice new cable. 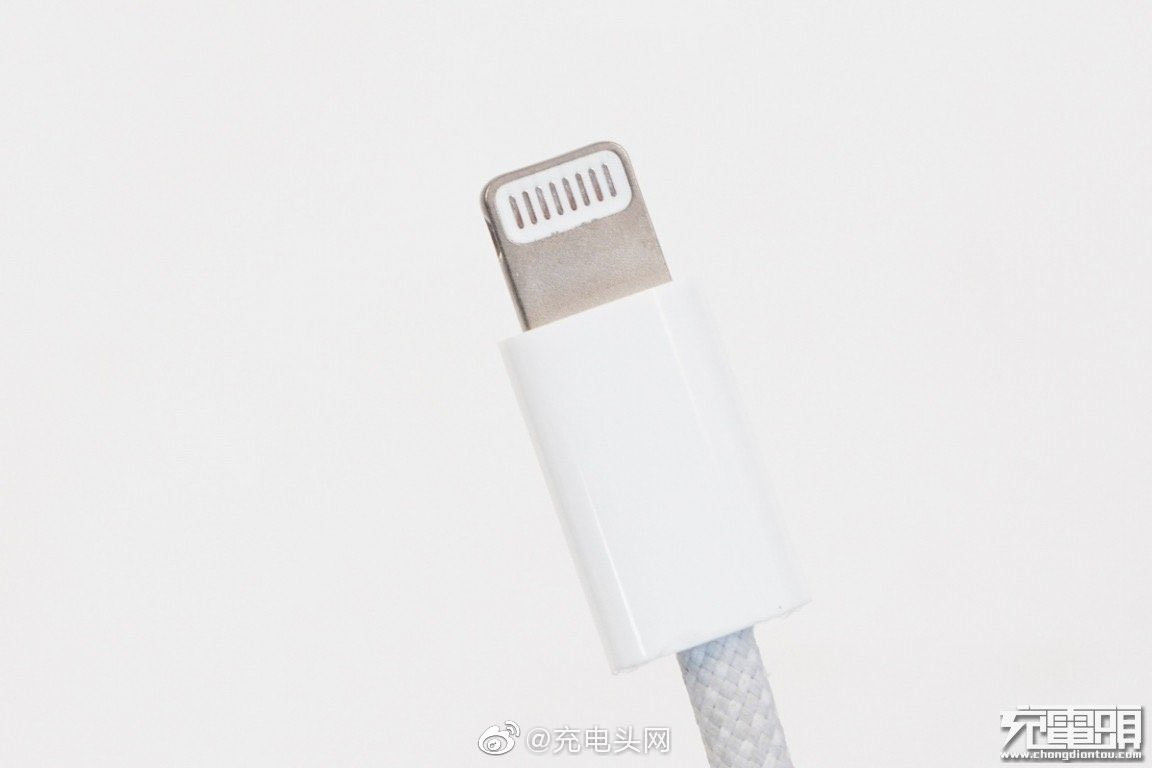 I’ll set out my stall now by saying that I love braided and fabric cables and recommend them to anyone who asks: they feel nicer, they look nicer and most importantly they tend to be more hardwearing. Our roundup of the best Lightning cables is swarming with great braided cords. So this is an appealing prospect.

It just doesn’t quite align with the eco-friendly message that analysts predict Apple will use to justify the ‘no charger, no headphones’ policy in the autumn. Re-using old accessories is good for the planet (charger-based e-waste is a major concern), and enough of us have old chargers lying around that it is logical to leave chargers out of the box by default. But including a nice cable that doesn’t work with most legacy chargers is mildly provoking, and (assuming this leak is accurate) would rather suggest that Apple is more interested in upsell: getting iPhone 12 buyers to also shell out for a separate 18W/20W USB-C charger that goes with the cable.

So yet again I’m feeling conflicted. Perhaps I shouldn’t worry; the way this year is going, the next leak will indicate that actually, the cable doesn’t come in the box either. Hear the bad news first by regularly checking our iPhone 12 news roundup.

*I’m struggling to get excited by the prospect of a 20W charger right now, incidentally. This morning I appeared on Tech Advisor’s aptly named Fast Charge podcast, where we discussed the raft of new Android phones that support 120W+ wired charging and in one case 65W wireless. As the token Apple fan I looked like quite the rube.