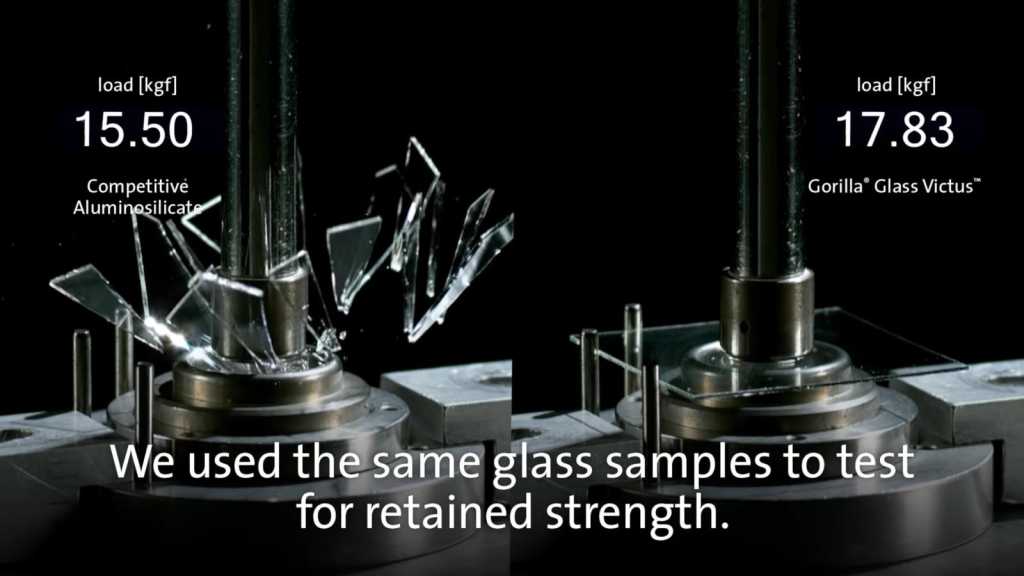 Corning’s famous Gorilla Glass is used in the screens of a wide range of mobile phones, including iPhones and Samsung Galaxy handsets. Which means the eyes of the tech industry will be drawn to the firm’s announcement of Gorilla Glass Victus, which it claims can fall from a height of 2m – twice the figure for the previous version – without cracking.

According to the American manufacturer, Gorilla Glass Victus is also up to four times as scratch-resistant as other protective glasses. Scratches are a huge issue for smartphone owners and this is an appealing claim.

Watch the video below for a glimpse of the ways the new protective glass is tested:

Several analysts think it is likely that Gorilla Glass Victus will be used in this year’s new iPhones. Apple has been one of Corning’s most important customers for several years.