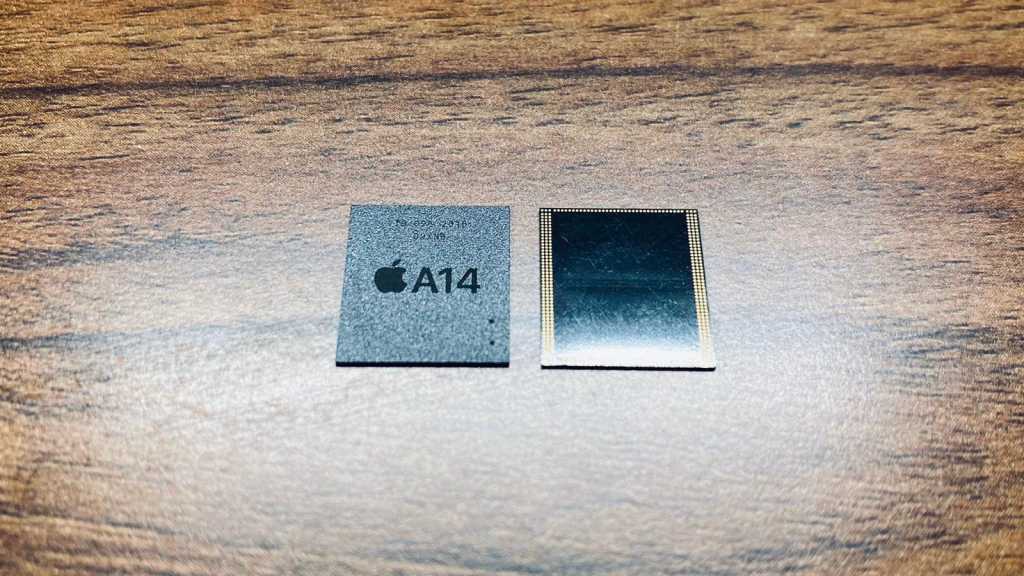 No prizes for guessing the name of the iPhone 12’s processor: continuing ancient tradition it will be a proprietary chip called the A14. It will of course be quicker than the A13 and may well be a market-leading processor.

If you like to put a face to a name you’ll be pleased to hear that we’ve (possibly) got our first look at the A14. Mr White, a leaker with a decent track record, posted photos of the chip’s RAM component to Twitter.

It’s believed that the iPhone 12 Pro will get a boost in RAM allocation to 6GB; the standard iPhone 12, like all the models in the iPhone 11 range, will have 4GB.

Unfortunately we can’t tell if that’s correct from the leaked photos. The only visible text reads “T9 096 2016 D9X”, of which the 2016 part indicates that the component was manufactured in the 16th week of 2020 – back in April. No sources have yet claimed to know the significance of the remaining text.

We may not be able to draw many technical conclusions from these photos, but we already have several clues about what to expect from the A14.

Back in March pundits spotted benchmark results that appeared to fit the forthcoming chip. The alleged ‘A14’ in the tests is clocked above 3GHz – the first of Apple’s A-series chips to achieve this – and outperforms the A12X chip throughout the CPU tests, despite having fewer cores.

The iPhone 12 is currently expected to be announced in September or early October 2020. Catch up on the latest leaks and rumours in our iPhone 12 launch news roundup.