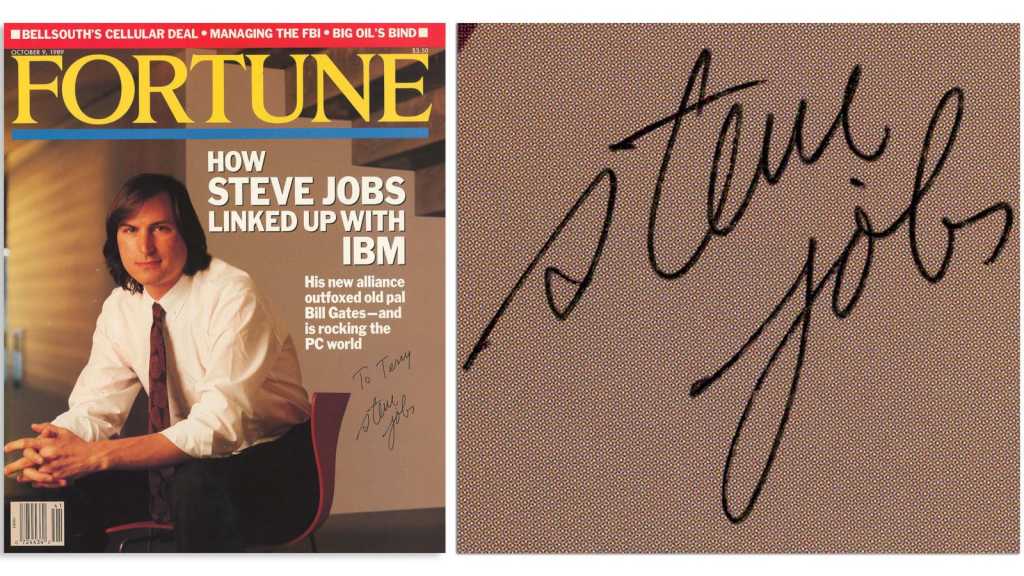 Steve Jobs signatures are rare, and when sold they tend to command a high price. This alone would make the emergence and auctioning of a new Jobs autograph a newsworthy event, but this one comes with a back story.

A gentleman called Terry had been Steve Jobs’ limo driver for several years in the 80s when he plucked up his courage and asked for an autograph. He had the perfect object to sign: an issue of Fortune Magazine with the Apple founder on the front.

He got what he wanted: Jobs signed the cover. But there was a sting in the tail. The Apple founder wasn’t pleased, and later called the limousine company to complain.

This was in 1989, just after Steve Jobs founded NeXT; Terry held on to the Fortune cover all those years. Until now, when he has chosen to sell it at auction via Nate D Sanders Auctions, reports 9to5Mac. The minimum bid is $11,000, and be warned that you just get the cover: if you were hoping to read the magazine you’re out of luck.

The auction house has had the autograph certified as genuine, and also has a copy of Terry’s performance review from the limousine company, which presumably mentions the complaint. (It’s not included among the documents that have been published on the auction site.)

If you’d like to learn more about Steve Jobs, check out these films and documentaries.