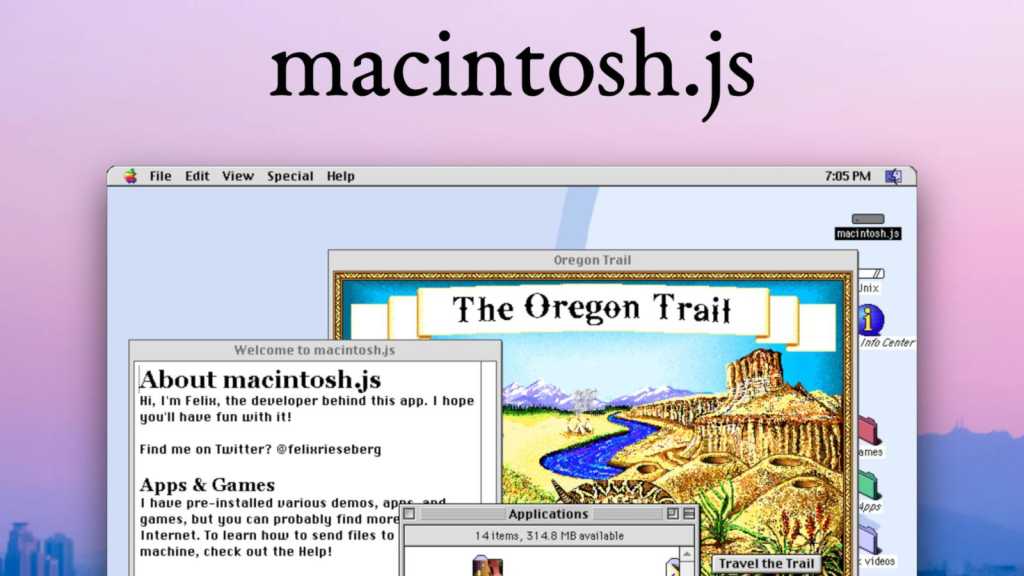 Developer Felix Reiseberg has turned Mac OS 8.1 into an Electron app, ready to be installed on macOS, Windows or Linux, writes The Verge. With the help of a demo CD from the Macworld trade show in 1997, it also includes a number of contemporary programs and games.

Macintosh.js.app is written entirely in Javascript and uses a virtual machine to emulate a Macintosh Quadra 900 with a Motorola processor.

This “modern” version of Mac OS 8.1 comes pre-installed with both Internet Explorer and Netscape, but both versions are so old that not even Google can be opened, according to the developer.

If you want to try it out for yourself, everything can be downloaded from Github.

We don’t normally go back this far, but read How to install old versions of macOS for advice on methods of running older software. If retro gaming is your thing, have a look at Best Mac emulators.