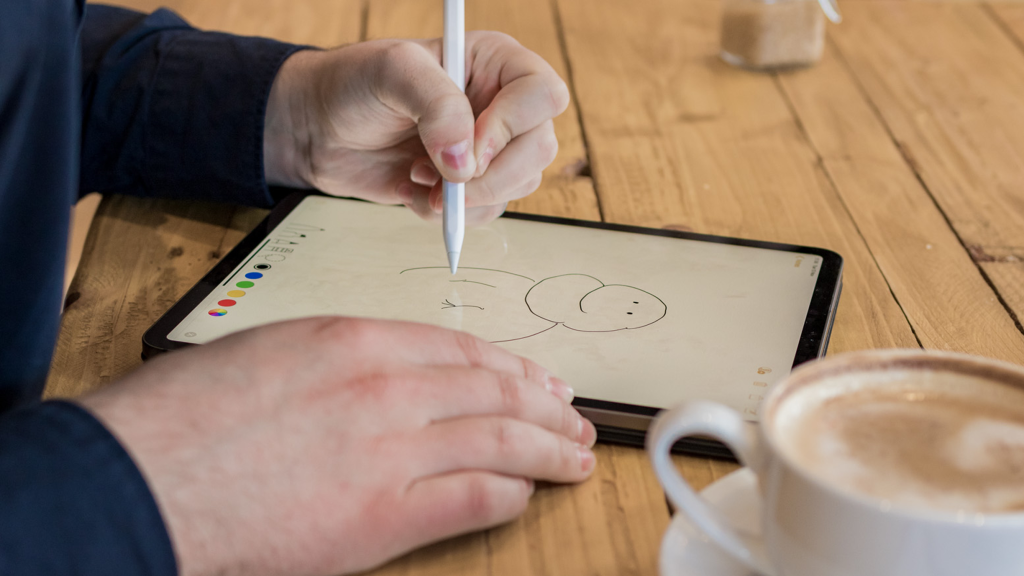 The Apple Pencil has been quite a success, adding precision and comfort to those who want to use their iPad for art, graphic design or as a very expensive notebook.

We hoped Apple might announce an update to the Apple Pencil at this year’s Spring Loaded event – especially given the company announced new iPad Pro devices with the M1 chip – but there was no such luck.

The Pencil is certainly due an update. The current model made its debut back in November 2018, and the one before that in November 2015. In this article, we round up the rumours surrounding the third-gen Apple Pencil to see what we can expect when it’s finally in our grasp.

Apple has yet to confirm anything about the third generation of its Pencil, but looking at past release dates can help us predict when we might expect its arrival. The first-gen model was introduced on 11 November 2015, followed by the second-gen version three years later on 7 November 2018.

Admittedly, this is hardly an extensive form book to go on, but if Apple sticks to its previous pattern, we can expect to see the third-gen Apple Pencil in November 2021.

Rumour suggest there is one on the way even though it remained unannounced at Apple’s Spring Loaded on 20 April. Weibo user Uncle Pan also claimed in April 2021 that a new Apple Pencil is ready to launch.

No doubt what you want to know if what new features the new Apple Pencil will offer, and whether the design will change. While the leaks relating to the Apple Pencil are few and far between there have been some.

One of the main rumours gaining traction is that the Apple Pencil (Gen 3) will be the first to leave behind the white-only livery and introduce a black option. The main source of this speculation seems to stem from a tweet by the mysterious Mr White (@laobiTD) who posts various Apple-related images.

Mr. White also posted this picture on Twitter of what is claimed to be the third generation Apple Pencil.

Based on the above image it would appear that the new Apple Pencil will have a glossy, rather than matte, surface.

We can also get an idea of some of the new features that might be coming by taking a look at Apple’s patents. The company has a number of interesting patents in relation to the Apple Pencil, and some of these new features may well appear in the third-gen model.

Of course, all this should be caveated by the fact that Apple applies for and is granted many patents, but a good deal of them never make it to a final product. At least, not yet.

A patent Apple applied for in 2020 describes how a pen tip could be used to copy colours via a colour sensor. The tip of the pen seen in a supposedly leaked picture of the 3rd generation Apple Pencil could suggest that this feature is coming. Read: New Apple Pencil could have colour tapping tip.

One of the more tempting innovations is a Touch Bar-like display on the side of the stylus. Now, in the diagram posted on the Patently Apple website the windows appear to be quite small, but it’s possible that this could have some kind of contextual options that allow extra functionality for the device. The image also indicates some kind of Force Touch capabilities that could be used to again add features to the Pencil. 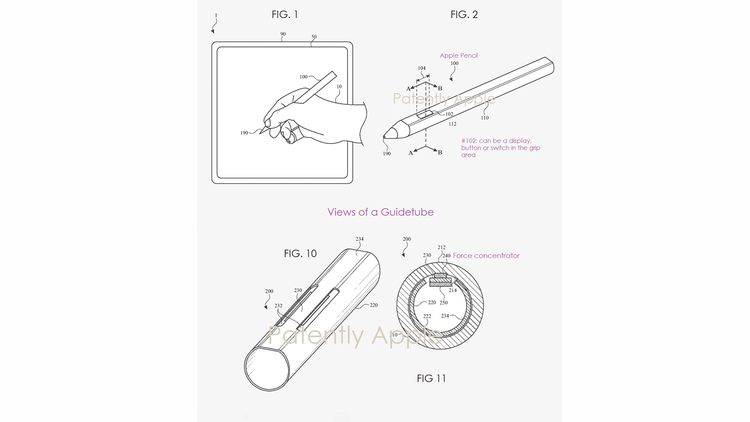 There are also additional patents to show a new Pencil that can detect orientation and movements, with a twist motion acting as a trigger for a command. This seems to suggest a zoom control built right into the Pencil, which would be of great interest to artists who want to work on fine details then zoom out to see the bigger image. 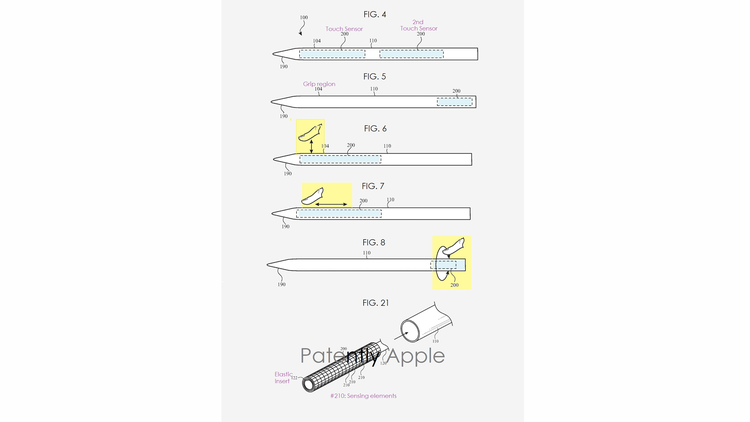 Haptic feedback is another feature that could be set to arrive in the new model, as another patent has been reported that indicates a Pencil that will vibrate in response to data fed by an iPad or iPhone, making it feel as if the user is writing on paper or other textures. It’s not immediately apparent if this will be that useful, but it could make the drawing or writing experience more authentic for those who prefer non-tech materials.

We’ve seen in the past that Apple has patented a concept for a Pencil to write, essentially, in the air. While this might appear a rather strange idea, when combined with VR or AR software it could become a fascinating new way to interact with digital images and data.

When the first Apple Pencil arrived it cost £89/$99. This was followed by a price increase for the 2nd generation model, which debuted at £119/$129. Depending on some of the technology mentioned above, the 3rd-generation Apple Pencil could well lift that amount higher still. Incorporating touch panels and displays won’t come cheap, so we wouldn’t be surprised to see figures of £149/$159 or even more, with a possible price reduction for the older models.

We’ve seen recently with the iPad Pro Magic Keyboard that Apple doesn’t baulk at putting huge price tags on its accessories, so sadly the velvet rope looks like it could well come into play for the new Apple Pencil when it does finally arrive. Whatever the details, be sure to check back here regularly as we continue to report on the latest news regarding Apple’s premium stylus.