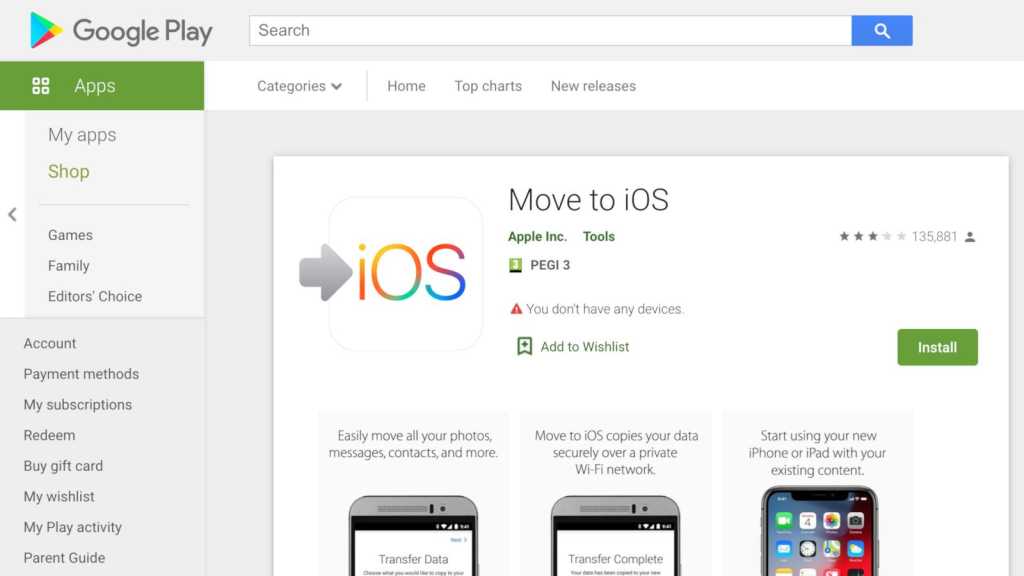 Apple has published a new support document explaining how to download the Move to iOS app when you can’t use Google Play. This might seem like a niche topic to cover, until you remember the difficulties currently facing the many owners of Huawei phones.

Google, according to a decree by Donald Trump, is not allowed to work with the Chinese manufacturer: this means new Huawei phones cannot bundle Google services, including the Google Play app store. The same restriction applies to the sub-brand Honor. Our colleagues on Tech Advisor discuss the issue here: The Huawei ban explained.

The Chinese firm has to make do with models that are already licensed, such as the Huawei P30, which is simply equipped with newer technology and can then continue to use the Android licence, including Google Play. Owners of newer Huawei and Honor phones and tablets have to use other app sources.

Apple, which is obviously keen for Android users to have access to its Move to iOS app, has stepped in to help. It offers download links for installing the app in Android .apk format for all Android versions, so you can access your most important data such as contacts, photos and calendar entries and transfer them from the Huawei phone directly to an iOS device. Apple also offers additional help and support during installation.

Read detailed advice on making the switch in How to move from Android to iPhone.