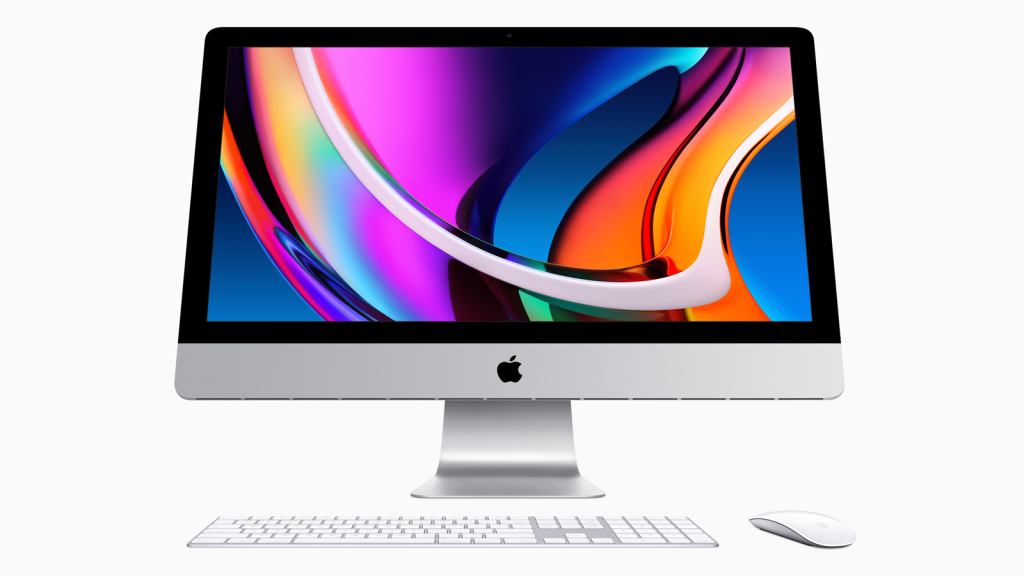 Apple has unveiled new updated iMac models, bringing improved specs and absolutely no discernible changes to the aesthetics or design. This is something of a disappointment, as many had hoped that the ten-year-old chassis would be replaced with something more suitable for 2020 and beyond. Instead, there’s a distinct feeling that Apple’s designers could be losing their mojo.

When Phil Schiller pulled the covers off the new iMac back in 2012, people found the slim profile a thing of marvel.

Personally, I thought it was stupid, as the slightly fatter iMac design from 2009 (that looked basically the same from the front) was already a bugger to upgrade. Now we had this svelte version that would all have to be thrown away if some of the major components failed a few years down the line. Also, nobody ever said to themselves, “You know what? I really wish the rear of my iMac was shallower.”

It was design over practicality writ large, yet Apple persisted with this thin-line PC for the best part of a decade, which in the process has proven both a success and an illustration of why the company makes billions while I still eat value-brand ramen noodles.

“But it’s a classic!” some may argue, and not without merit. After all, it is a visually appealing machine. Or rather, it was when it came out eight years ago. Since then other manufacturers have not only caught up but overtaken Apple’s designers. Chief among these is, I kid you not, Microsoft. Oh, some help please for the lady at the back with an attack of the vapours.

When Seattle’s finest introduced the Surface Studio in December 2016 is was like a breath of fresh air. Here was a gorgeous screen that could be angled down from the standard position to one akin to a draughtsman’s table, making the small tilt action on the iMac look comical in comparison.

It also came with a touchscreen (imagine that!) and the Surface Dial, a snazzy accessory that was automatically detected when placed on the display, instantly offering space-age control over the contents on the screen. Plus, it was fully compatible with Microsoft’s Surface Pen. It was a PC, tablet, workstation all wrapped up in a thoroughly modern package.

This led us Apple fans to eagerly expect the arrival of a Mac that would take these ideas and somehow add the classic magic for which the company is famed. Then… crickets. And not the sporting variety that so enamours our own David Price.

A while later Surface Studio 2 arrived. Tumbleweeds. And not the folksy Cornish band I may have dreamed up during an illness in childhood. No, the iMac just plodded on, a processor bump here, storage upgrade there, but all the while continuing to age, albeit gracefully.

Apple did introduce the iMac Pro, with a lovely Space Grey livery, but the design remained as austere and inflexible as ever. To be honest, even making this colour scheme available on the standard iMac 2020 would have been an improvement, but Apple missed that opportunity too.

The worrying part is that this approach is beginning to be a pattern for Apple. The iPad mini 5 is practically identical to, well, all the iPad minis that have preceded it back to 2012, while the iPhone SE has a design that first appeared in 2015, a few subtle changes notwithstanding.

You can point to this showing a frugality on Apple’s behalf, using parts that have already been tested and whose manufacturing processes should have dropped in price over time. But why then does the iMac still come with a mighty price tag, made all the more galling by the fact that only in recent months have we seen the introduction of SSDs into the base models?

Just think of how it would be viewed if Google or Microsoft continued to knock out the same machine year after year, with hardly any innovation in the casing and aesthetics. The fact that Apple makes so much of its passion for design and attention to detail only adds to the glaring nature of the never-changing iMac.

It’s all about Apple Silicon

One hope is sure to lie in the upcoming Apple Silicon models that feature Apple’s own processors. At WWDC 2020, the company announced that the Mac lineup would transition to the bespoke chips, starting with some new MacBooks by the end of 2020. This could signal that Apple has entirely redesigned iMacs ready to go once the processors are available.

It would make good business sense for Apple to hold back the revamped machines to coincide with the release of Apple Silicon. Not only would it prove a powerful incentive for customers to buy the desktops, but it would also make it clear that these were a new generation, leaving the tired design behind and ushering in the future of the iMac range.

We’ve already seen indications of new iMacs that have been unearthed in code for iOS 14, so maybe Apple loyalists won’t have to languish in the shadow of the Surface Studio for too much longer. To paraphrase Sir Alex Ferguson giving a half-time team talk to his Man United side who were losing to Tottenham, “Lads, it’s Microsoft!”

In the meantime, feast your eyes on some artist impressions of new iMac designs and see why Karen Haslam also thinks the iMac needs a new design.