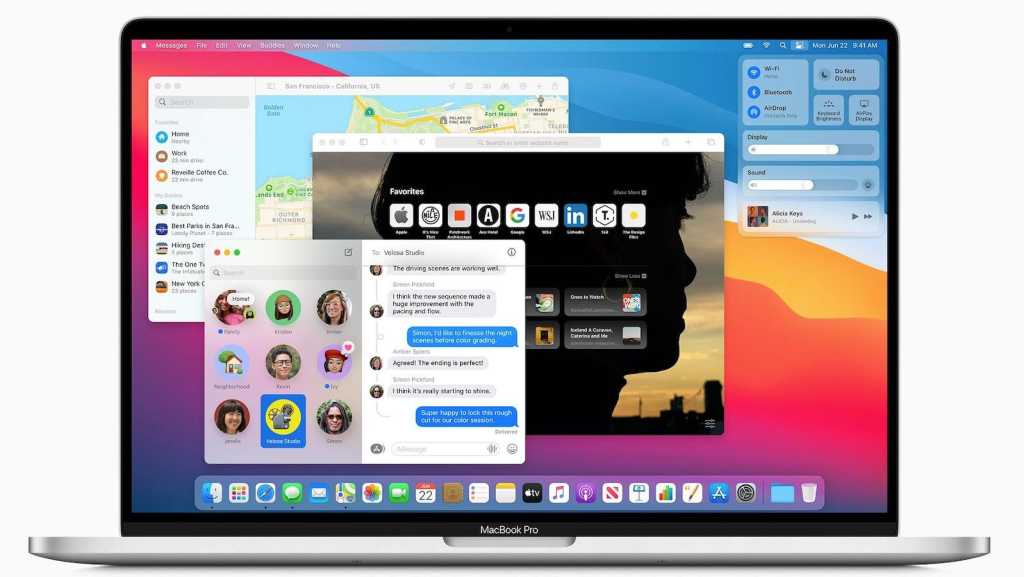 The fourth developer beta of macOS Big Sur was released on 4 August, containing, among other things, a new setting to turn off the behaviour where windows allow colour from the background to shine through, and support for 4K in YouTube.

Twitter user Anton Sotkov spotted the Dark Mode-related change and tweeted the below:

macOS 11 Beta 4 finally allows disabling wallpaper tinting in windows! (Previously the only way to disable it was to use the graphite accent color.) pic.twitter.com/Qy07cU0F7M

The new option in the system settings allows the user to turn this transparency feature, known as Desktop Tinting, on and off. 9to5 Mac points out that this ability to disable Desktop Tinting means that Dark Mode can finally get truly dark, because no light is able to shine through light from the background.

When Desktop Tinting is activated, the program windows are slightly transparent and can pick up the colours from your desktop background. According to Apple, with Desktop Tinting turned on windows blend with a more harmonious effect.

“The design was introduced in macOS Mojave along with the dark mode, but it turned out to be a rather polarizing change,” says 9to5Mac.

However, on macOS Big Sur, you can easily disable this feature by following these steps:

This isn’t the only new feature that arrived in the fourth developer beta of macOS Big Sur.

The upcoming macOS Big Sur will finally bring 4K YouTube to the Mac – as long as you use Safari, not Chrome.

Previously, Apple chose not to support vp9, the video codec Google uses for 4K video – but it appears to have changed its mind.

If you want to run the beta of macOS Big Sur here’s what you need to do: How to get Big Sur beta. We also explain How to join Apple’s beta program and try out new software, and here’s how macOS Big Sur and Catalina compare.

Elements of this article originally appeared on Macworld Sweden and Macwelt. Translation by Karen Haslam.