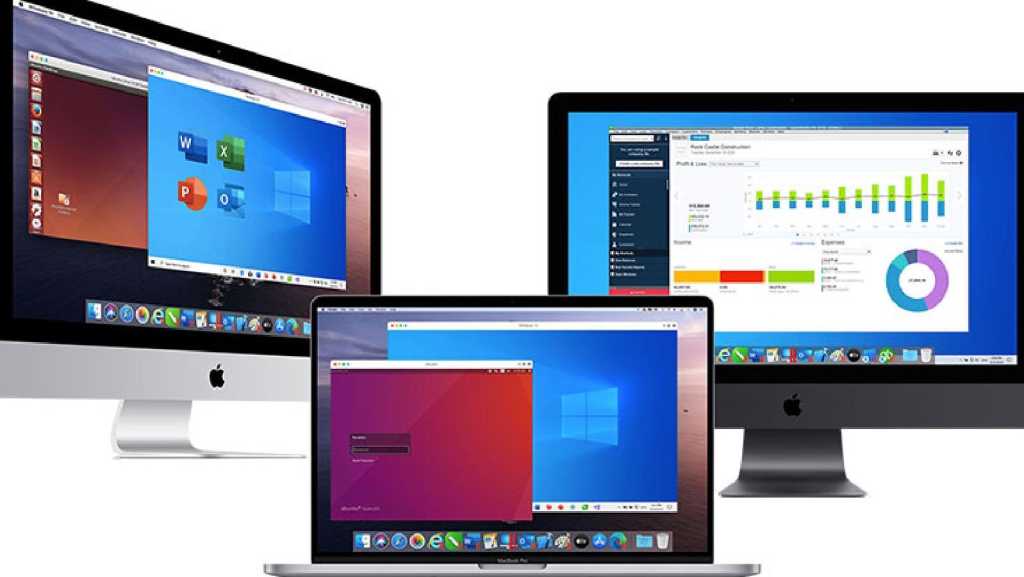 The Parallels Desktop virtualization software is a popular solution for using Windows on a Mac. The new version – Parallels Desktop 16 – has already been adapted to the upcoming macOS Big Sur and is now available.

Virtualization software such as Parallels Desktop enables Windows and other operating systems to be installed on the Mac and also enables new macOS versions such as Big Sur to be tested. Many Mac users rely on Parallels, and competitors VMware and Virtual Box, so that they can use specific tools and financial programs that are not available under macOS.

The move to Big Sur was not simple for the team at Parallels. According to the company, 25 developers worked on the update for a whole year. Among other things, the kernel expansion was renewed so that it could use the Big Sur architecture.

Parallels has improved performance: The DirectX11 graphics library, which has been supported since the previous version is said to have become up to 20 percent faster.

According to Parallels, a virtual machine can be started up to twice as fast as the previous version, while Windows should be shut down and reopened up to twenty percent faster.

For the first time 3D functions can be used in a virtual version of Big Sur Metal programs, which significantly improves the usability of many Mac programs.

One of the most important new functions, in addition to many small improvements, is automatic storage space release: You can set a virtual machine so that storage space is automatically released when it is shut down – in practice this can quickly be several dozen gigabytes.

Also new is the support of multi-touch gestures for Windows applications.

Good for MacBook users: If you activate the Travel Mode Parallels consumes less battery capacity. According to the manufacturer this can extend the battery life by up to ten percent.

The installation wizard has been improved: if Windows is not installed, Parallels Desktop offers Windows 10 from Microsoft download and install as demo version. No prior purchase of Windows 10 is required.

An interesting new feature in the Business and Pro versions is the ability to prepare a virtual machine for a transfer. This can be exported as a compressed file and a virtual machine can be made available for company employees, for example.

Parallels has not provided any new information about compatibility with  Apple Silicon. Shortly after WWDC, Parallels published a statement on the subject, but it still left many questions unanswered.

At the presentation of Apple’s new ARM platform, Parallels was shown running under Silicon, but with a Linux system. Support for Windows guest systems is therefore still unclear. When we asked, it was confirmed to us that Parallels and Apple work closely together, but no further details have been given.

We wrote about how Apple Silicon could mean Windows on the Mac is dead here.

This article first appeared on Macwelt. Translation by Karen Haslam.