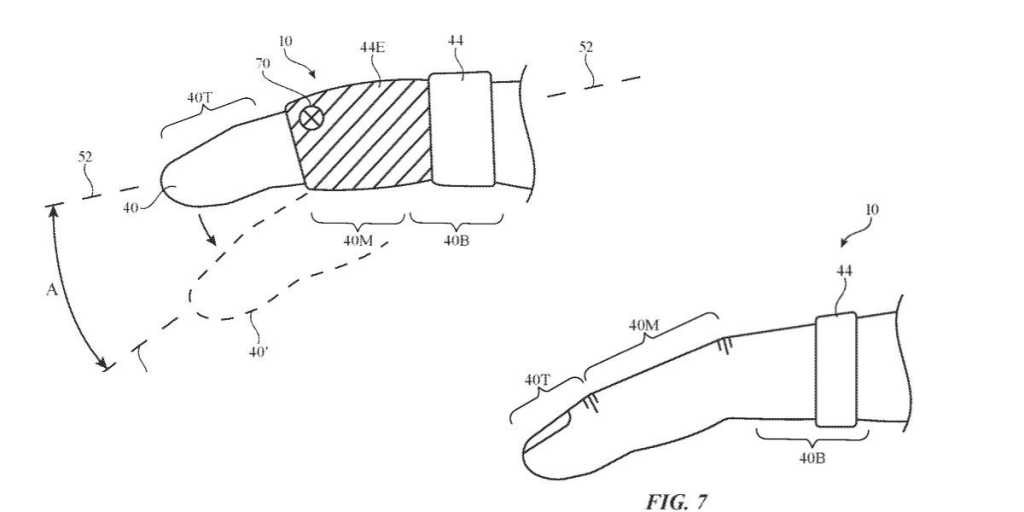 Apple has filed a patent for controlling electronic devices with a ring worn on your finger.

Dubbed the iRing, it could be particularly useful for AR and VR applications as an alternative to bulky data gloves.

It was already known that Apple had been working on such a device. Back in 2013 there was talk of an iRing that could be used as an innovative control element for the Apple TV.

In 2013 it was suggested that an Apple television set would launch which would be controlled via a ‘iRing’ device that fits onto the users’ finger to allow them to control the screen by pointing and using gestures. Obviously that never happened, but research that Apple may have undergone back then doesn’t seem to have been wasted as it now appears that the company is applying it to virtual reality.

The summary of Apple’s patent application reads as follows:

“A system may include ring devices. A ring device may have a housing that is configured to be worn on a finger of a user. Sensors such as force sensors, ultrasonic sensors, inertial measurement units, optical sensors, touch sensors, and other components may be used in gathering input from a user. Control circuitry may wirelessly transmit information gathered from sensors and other input devices to an associated electronic device. The information may be used in controlling operation of the electronic device. The housing of the ring device may have an annular main body and an expandable portion coupled to the main body. The expandable portion may include a flap with a hinge, a rotatable housing member, a housing with an internal adjustable frame and a cover, an expandable housing formed from an expandable tube coupled between first and second annular devices, and other expandable structures.” You can see details of the patent here.

The existence of the patent, which was originally filed in February 2019, doesn’t mean that the device will ever go into production.

Apple also has a patent for a glove which we wrote about back in May. The Apple Glove could control objects in a virtual world. 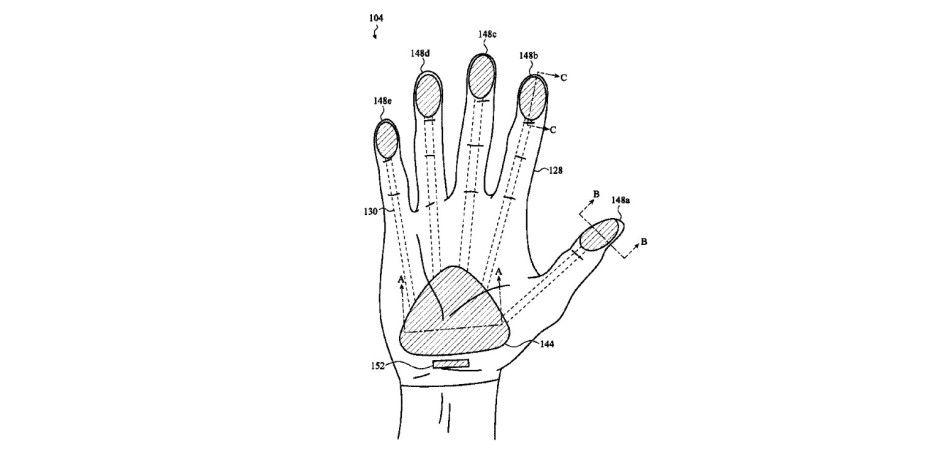 Apple is thought to have plans to launch AR glasses, or possibly a VR headset. We might see these new Apple products as soon as 2021.