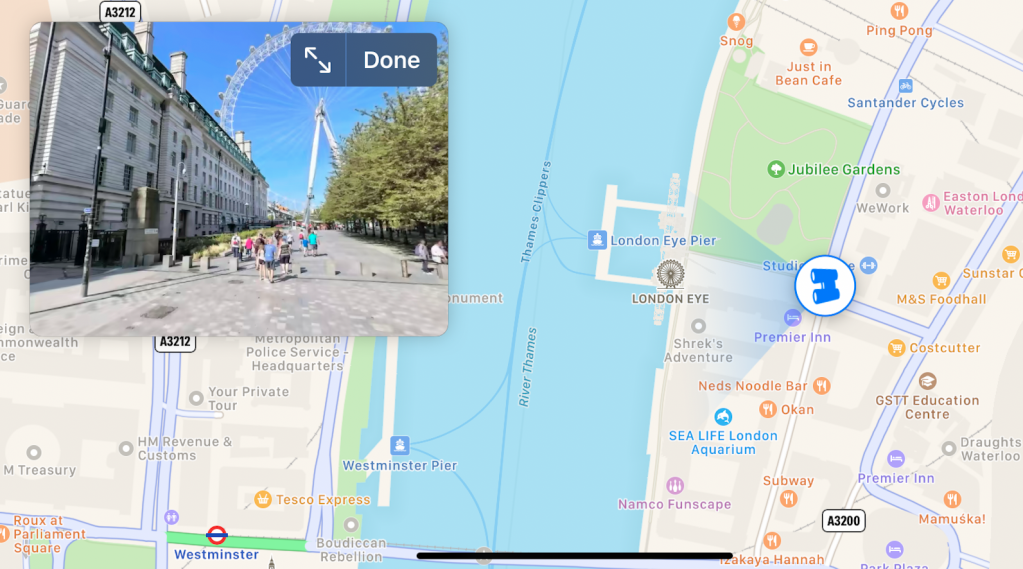 Back in January 2020 Apple launched redesigned and revamped Apple Maps in the US and now new-look maps have come to iPhones in the UK.

According to our colleges at Macworld US, the improvements “made a huge difference in the precision, accuracy, and reliability of Maps”. They also suggest that “the new design certainly goes a long way toward closing the sizable gap between it and Google Maps.”

As a user the improvements you are most likely to notice are the more interactive street-level imagery including high-resolution, three-dimensional buildings and more detailed green areas. Apple has been using its LiDAR sensor-equipped vehicles to obtain the data.

Look Around is Apple’s answer to Google Street View and was previously found in a handful of major cities in the United States and the Japanese cities of Tokyo, Osaka and Nagoya. It has now been released for London, Edinburgh and Dublin, but a quick test shows that it also covers large areas around the cities themselves. In Scotland, for example, Apple has driven around the whole of Lothian around Edinburgh and also Glasgow’s eastern suburbs.

When Apple updated the US maps in January it said would begin rolling it out across Europe by the end of the year.

Justino Beirne, who blogs about various maps apps, discovered that Apple had began publicly testing the new maps back on 22 August. (Image below from Beirne’s website). 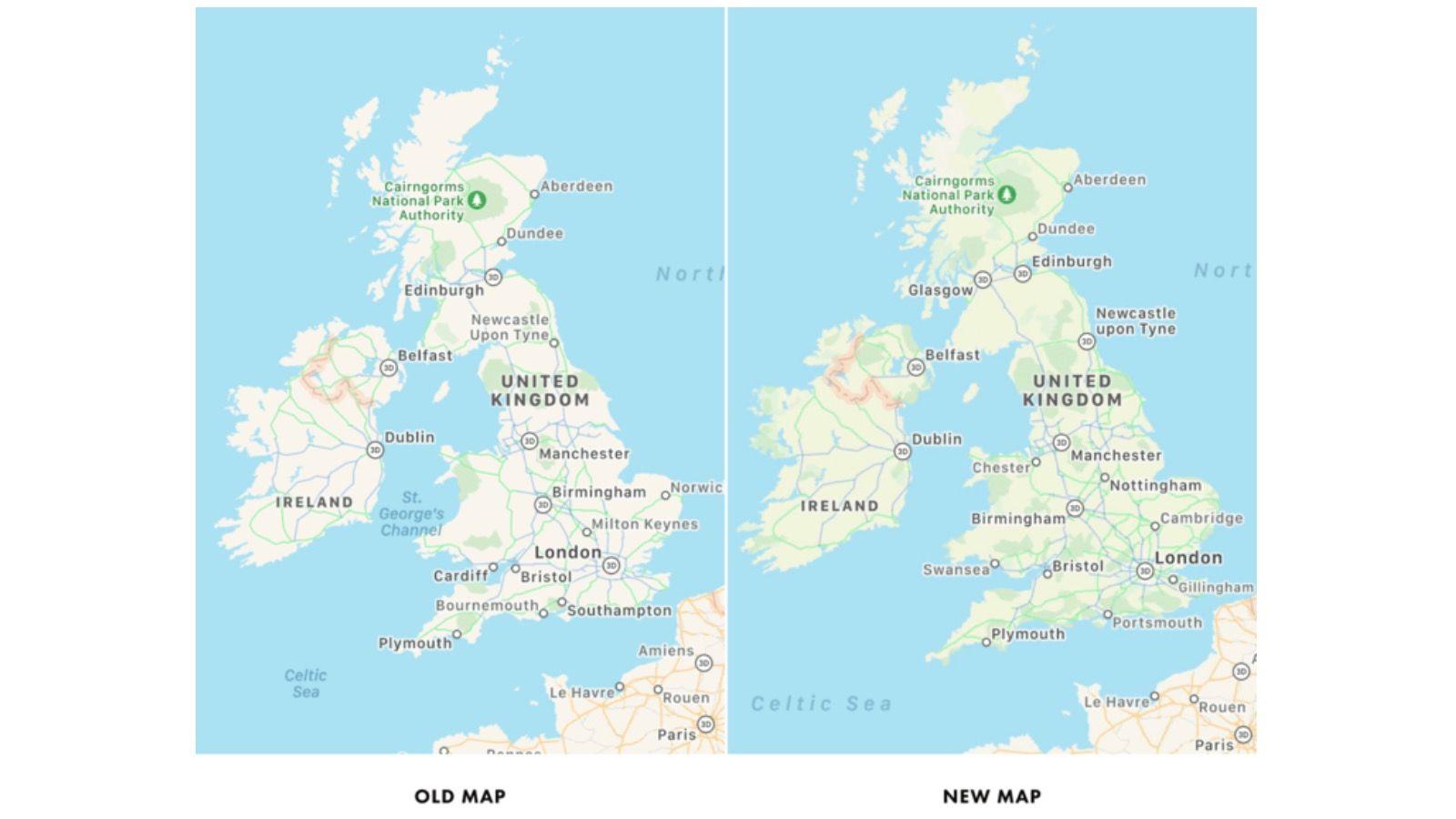