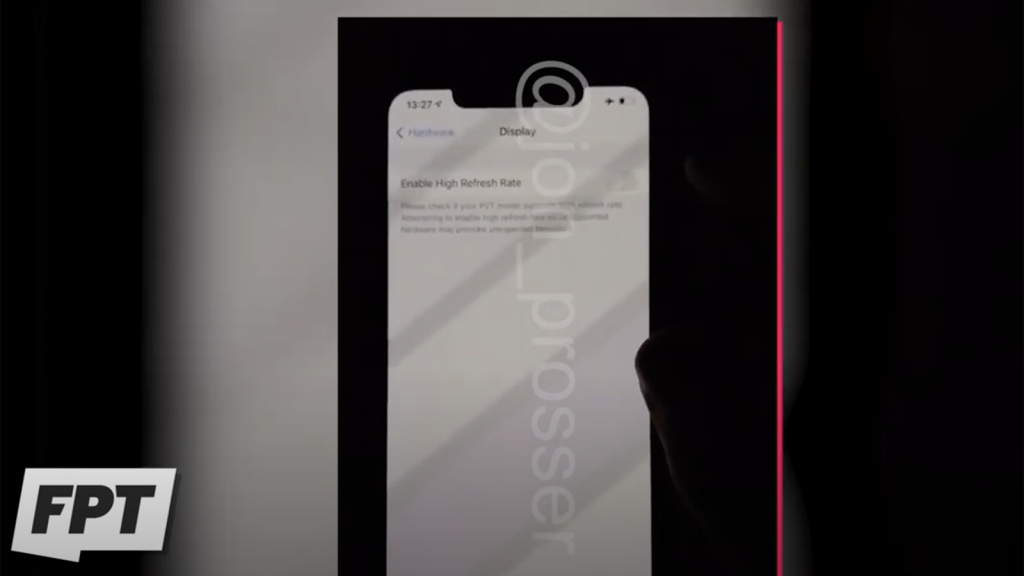 Apple leaker Jon Prosser has shared a video that shows alleged screenshots from a pre-production iPhone 12 Pro Max that prove Apple will bring a 120Hz refresh rate to the device.

Recent rumours had suggested the company might be sticking with a 60Hz refresh rate display, which would leave Apple a year or so behind its Android competitors.

But Prosser shared screenshots from an anonymous source who has a PVT (production validation test) unit of the 6.7in display iPhone 12 Pro Max that shows a software toggle to ‘Enable High Refresh Rate’

The caveat here is that Prosser says there are other PVT units that don’t have the refresh rate option. It’s likely that Apple has seeded both versions of the device to testers in order to see if the 120Hz refresh rate meets the company’s very high quality standards.

Apple tends not to be first to introduce cutting edge tech into the iPhone, but when it does, it does it to the best standard in the industry. A recent exception to this is the Face ID system that debuted on 2017’s iPhone X and has yet to be bettered by an Android handset.

Some Apple fans may be disheartened by the claim here that the iPhone 12 Pro and 12 Pro Max will have the same size notch first seen on the iPhone X and replicated on every iPhone with Face ID since. Prosser says the notch will simply appear smaller thanks to the slight reduction of the phone’s bezels, and the Pro Max’s larger 6.7in display.

In the video the phone is hidden by darkness and a case, but Prosser’s source says the phone does indeed have flat sides like the iPhone 4, iPhone 5, and recent iPad Pro.

Another screenshot from the camera settings shows a toggle to ‘Enable LiDAR CA’, a setting that enables LiDAR sensors on the cameras to assist “Auto focus and subject detection for Video and Night Mode.” The 12 Pro series is rumoured to have LiDAR, which so far has only appeared on Apple’s 2020 iPad Pros.

Further backing up the advancements in the camera department is the ability to toggle on video modes of 4K@120fps and 4K@240fps, the latter for slow motion recording.

It’s still not certain when Apple will announce the event date for its traditional iPhone launch. The coronavirus pandemic has potentially delayed production of the iPhone 12, meaning we expect Apple’s product launches to be more staggered than usual this year.