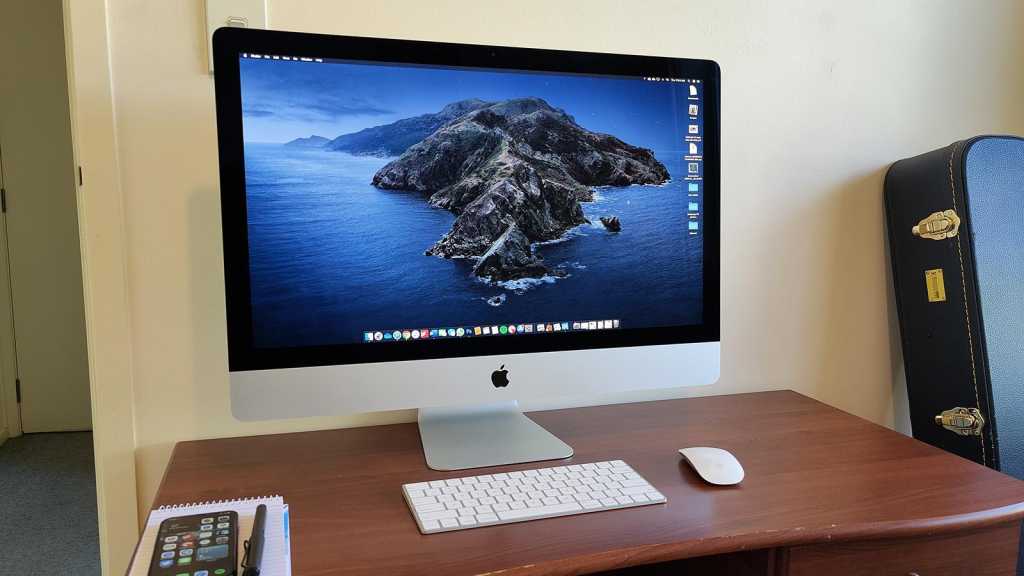 Apple released updated versions of the 27in iMac in early August but reports indicated that some of these new iMacs were affected by a graphics problem.

Several users who had purchased the 2020 27in iMac reported graphics problems in the form of flashing white horizontal lines that appear randomly on the screen.

25 September Update: Apple has issued an update to macOS Catalina which is thought to fix this problem. The release notes that come with the update list the following among the changes in 10.15.7:

What was the iMac graphics problem?

The graphics issue is shown in the video below.

The common factor in all the reported cases is that they affect the top-end model with AMD’s Radeon Pro 5700 XT graphics card.

It is unclear if the graphics problem has to do with the hardware or software in the computer. Apple hasn’t commented on the fault and there is no known solution although there are reports that the problem disappears when users connect an external monitor to the computer.

We first reported details of this issue at the beginning of September.

When we first wrote about the issue on 1 September, a forum thread on MacRumors had 429 responses – that same forum now has 1,523 responses. In an associated survey, 145 users answered that they have the problem (up from 26 at the beginningn of September).

There is also a thread on Apple’s support forum; this hasn’t got as many responses, but 137 people have clicked ‘I have this question too’ (up from 37 at the beginning of September).

Most people affected users report a white horizontal line that appears from time to time, seemingly completely at random. But at least one user has encountered a still stranger error: the corners of windows are rendered without transparency (that is, without rounding) in some positions but not in others. A video shows what it looks like when the window is slowly moved on the screen.

Some users report that the error is not visible at all in Windows, which indicates that there is a problem with Apple’s drivers.

We didn’t encounter the issue in testing for our iMac 27in review, but our review sample came with the Radeon Pro 5500 XT.

For general advice on sorting out Mac problems, read our guide to fixing a Mac.

We also have details of MacBook Problems, product recalls and repair programs.

The article originally appeared on Macworld Sweden here. An update to that article appeared here.