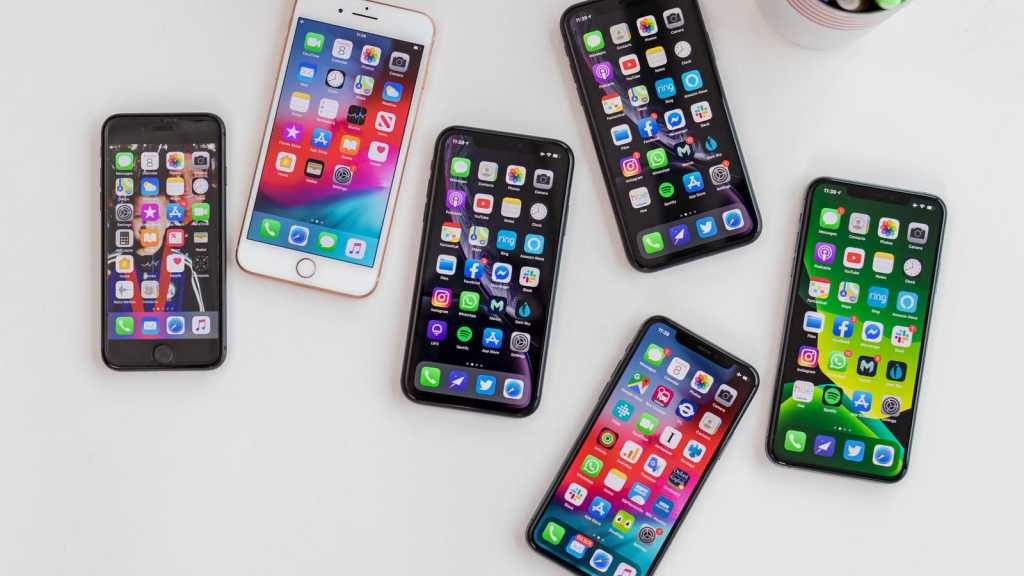 The iPhone 12 is just around the corner, reason enough for many tech enthusiasts and Apple fans to think about purchasing the new model. The prerequisite for this is a well-filled wallet, as we know new iPhone models come with a high price tag. But not everyone can afford to spend a four-digit amount on a new smartphone.

If you don’t have a grand to spare you don’t have to do without an iPhone, because although Apple only sells one iPhone model for less than £500 (the iPhone SE), various third-party suppliers still offer the iPhone 7 and iPhone 8 models for sale and you can still find some refurbished models on Apple’s store and at other resellers. In this article we are going to determine whether these models are still worthwhile purchases.

Are the iPhone 7 and 8 outdated?

Compared to current top smartphones, the iPhone 7 and iPhone 8 no longer look particularly modern. This is mainly due to the fact that the ‘screen-to-body ratio’ (e.g. the proportion that the screen takes up on the front of a smartphone) has increased significantly in recent years. Even mid-range smartphones from the Android world now consist almost entirely of displays, and clearly visible screen edges are rarely found.

Smartphones are also getting bigger and bigger, the 4.7in displays of these retro models are very small by today’s standards. At least the Plus versions, with their 5.5in screens, are more in line with the current standard. A small display doesn’t necessarily have to be bad though – and the arrival of the iPhone SE, and its subsequent popularity, is proof that people want smaller screens.

While in their day these phones were the flagship devices, even the low-cost iPhone SE has a more powerful processor than these aging phones.

It’s pretty clear that when it comes to iPhones it’s a better idea to spend a little more to get a newer iPhone. The iPhone SE or iPhone XR are excellent choices. But what if those are still too expensive for you. This is where you might consider an Android phone as an alternative to an iPhone 7 or iPhone 8. After all many Android phones are considerably cheaper than iPhones.

Comparing iPhones and Android smartphones is always difficult because they are two completely different ecosystems. If we compare the pure technical data, you will find that you can buy the latest Android smartphones with significantly more features for the price of older iPhones.

The big consideration is how much you want to use iOS instead of Google Android. You need to decide whether iOS is worth the higher price. But since you are reading this article, let’s assume that you would like to buy an iPhone.

Until recently, it was relatively easy to recommend the iPhone 7 or iPhone 8. They are good everyday smartphones for all those who do not need the latest and greatest, and they are reliable. But when the iPhone SE arrived in March, able to do everything these older models can do and more for a reasonable price, it became much harder to recommend them.

In short, the iPhone SE looks like the iPhone 7 and 8, but has a better camera and the latest processor. It will also support iOS updates for the next few years and is therefore much more future-proof than an iPhone 7 and 8. If you can spend £419 on a new iPhone then you should definitely look at the iPhone SE. But there are also arguments for the older models.

5.5in doesn’t sound like much more at first, but if you hold the smartphones next to each other the difference is clearly visible. However, a larger display also means higher price (we discuss price in the next section).

But when it comes to screen size there is another iPhone to consider. The iPhone XR is much newer, with a more powerful processor, and has a comparable price to the iPhone 8 Plus. And the screen is 6.1in.

There is one advantage to the Plus models when compared to the XR: the Plus models come with a second camera lens. The telephoto lens with 2x optical zoom lets you take photos of subjects with the Portrait mode feature that blurs the background.

The other advantage or disadvantage depending on your view point is that the iPhone XR uses Face ID while the iPhone 8 and iPhone 7 retain the Home button and use Touch ID. There are lots of people who prefer Touch ID – but of course the iPhone SE also features a Home button.

Despite once being the flagship phones even the iPhone SE is now more powerful than the iPhone 7 and iPhone 8.

The iPhone 8 is even less competitively priced – if you can actually find a new model on sale, it’s been listed as out of stock on Amazon for some time.

if you can find one to buy new it is about as expensive as the iPhone SE. Why would you buy an iPhone that looks exactly like the SE, but has fewer features for the same price.

Refurbished iPhones are available from all sorts of retailers, including Amazon, as part of regular promotions. The advantage of reconditioned devices compared to classic used goods is, in addition to the fact that they have been looked at by professionals, the aforementioned guarantee, which is usually a year.

Refurbished devices are significantly cheaper than new goods, a refurbished 64GB iPhone 8 bought directly from Apple costs £339. Apple notes that that price is £60 off what it considers to be the new price: £399, it’s also only £80 less than the iPhone SE. A refurbished 256GB iPhone 8 is £469 from Apple, a saving of £160 on the Apple price of £629.

If you find one of these older iPhones on sale at a good price should you buy it?

Generally we would advise against buying the iPhone 7 or 8 phones. We don’t think that the prices we are seeing the iPhone 7 and iPhone 8 (including the Plus models) are low enough when you can buy a new iPhone SE for just £419.

If you can only spend £299 then the fact that you can get an iPhone 7 for that may well appeal – but keep in mind that it only offers 32GB storage, and we think you will get frustrated by that very quickly.

If you are looking for a larger iPhone than the iPhone SE, and the iPhone XR is too expensive for you, then a refurbished iPhone 8 Plus, or iPhone 7 Plus could be a good option – as long as it’s less than the £629 that the iPhone XR retails for.

Wondering how long Apple supports iPhones for? Read How long do iPhones last.