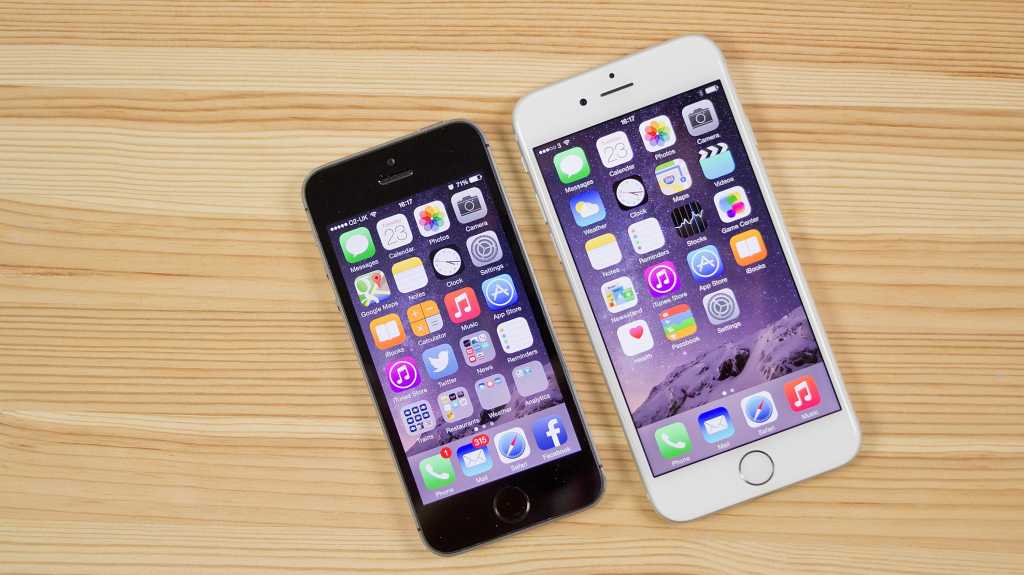 If you are thinking of buying an older iPhone, or wondering whether it’s worth updating your current handset, one important factor to consider is for how long Apple will be offering support for that handset.

There are two ways in which Apple supports iPhones. One is the software – ensuring that any bugs and security flaws are addressed. The other is the hardware – providing the parts and labour to fix a problem with your phone (for a price, of course).

It’s for this reason that we dissuade people from buying particularly old iPhone handsets. The risk that a fault could occur or that you might be exposed to security risks is too high.

The good news is that Apple does at least support iPhones for a long time. Software support lasts around a decade, while hardware support can be available on five to seven year old handsets

Read on to find out which iPhones are supported with the latest operating systems, and which are supported for servicing and repairs.

We also have a guide to how to get a broken iPhone fixed and what Apple product repairs cost and how long they take.

Statista (a provider of market and consumer data) publishes a chart that shows for how long Apple supports older iPhones. The company updated this chart in September 2021, adding the iPhone 13 series and iOS 15.

The graph shows for how long the software on iPhones has been supported by Apple, and the good news is that support for the operating systems on older iPhones – including security and usability updates – has continued for years after these phones were sold, especially among the newer iPhones.

For the early phones the support wasn’t anything to shout about, but as of the iPhone 4s, which arrived in 2011, Apple’s support has lasted for years (and still continues). 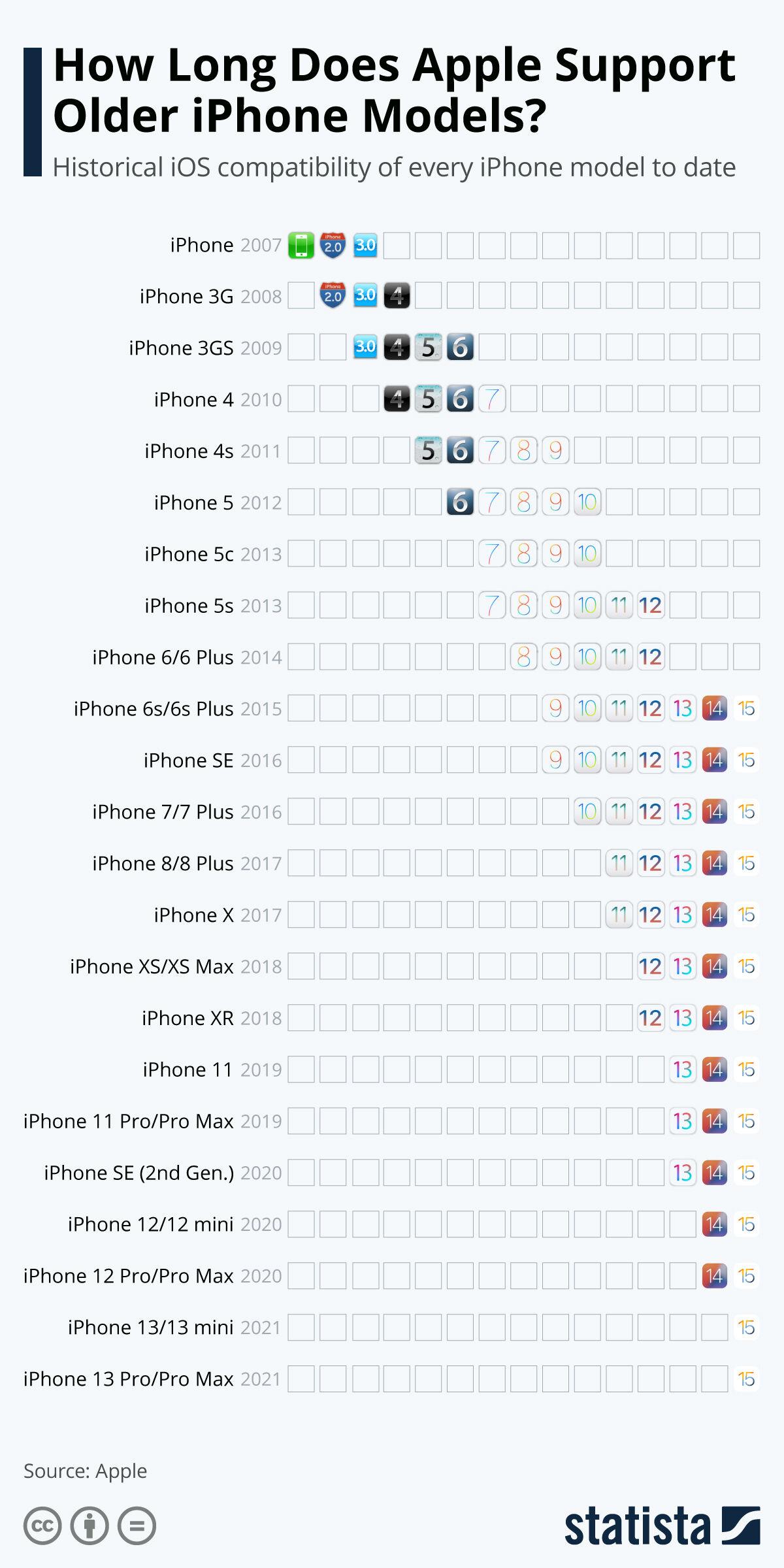 The first iPhone, which launched in 2007, was able to run iPhone OS 3, which was supported by Apple up until 2010.

The length of support increased with the launch of the iPhone 4s in 2011. That phone was able to run operating systems all the way up to iOS 9. Apple was still supporting iOS 9 in 2019 – it issued a GPS related update on 22 July 2019.

The iPhone 5s and iPhone 6 both run iOS 12, which was last updated by Apple in July 2020 – specifically the update was for devices that don’t support iOS 13, for which the oldest handset is the iPhone 6s.

When iOS 14 launched it ran on all iPhones from iPhone 6s onwards, just like iOS 13. This meant that the iPhone 6s, which launched in 2015 with iOS 9 in 2015, was still compatible when iOS 14 was released five years later.

As for iOS 15, which arrived in September 2021, all iPhones from iPhone 6s onwards will be supported, just as with iOS 14.

Apple supports the last three versions of its operating systems for bug and security updates, so if your iPhone runs iOS 13 you should be ok.

So that means Apple supports the iPhone 6s or newer when it comes to software updates.

If you have an iPhone 6 or older and are concerned about security it is time to update your iPhone.

When does Apple stop supporting iPhones?

In terms of software that’s not a bad showing, but if you have a fault with your iPhone will Apple be able to provide the parts to fix it with?

Apple will support iPhones (and all devices it makes) for seven years from the last time it sold that particular model. So as long as your iPhone was still being sold by Apple up to seven years ago the company will still service it – in other words: help you fix it (for a price).

This is where Apple list of obsolete and vintage products comes in.

Apple states on its website here that “Owners of iPhone, iPad, iPod or Mac products may obtain a service and parts from Apple or Apple service providers for five years after the product is no longer sold.”

The following iPhones are considered Obsolete, which means sales were discontinued more than seven years ago and Apple has now discontinued all hardware servicing.

And these iPhones are listed as Vintage, which means they not been sold for more than five years (but less than seven years). Apple will still service these products.

That means that, from the end of 2021 Apple may only service the iPhone 5s and iPhone 6 Plus if it has the required parts. All iPhones that followed those handsets should be supported by Apple.

You may also be interested to learn how long Apple supports Macs for.

Is your iPhone slipping into obscurity? Find a great deal on a new iPhone here.