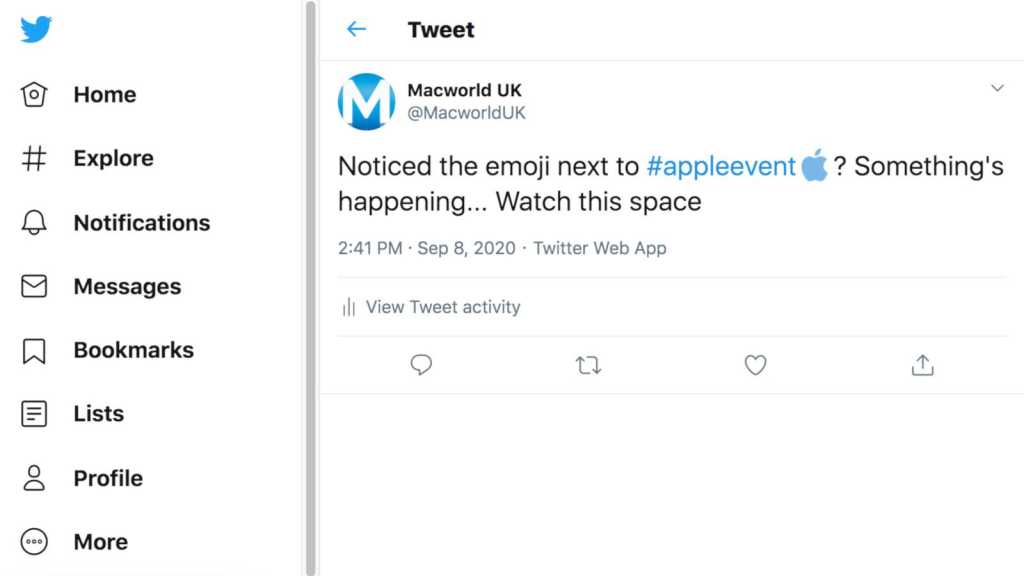 Some of the best-known leakers and journalists on the Apple punditry circuit have pinpointed this week – commencing 7 September 2020 – as a big one for Apple announcements. Jon Prosser has claimed that a new iPad and the Apple Watch 6 will be launched today, via press release; John Gurman, meanwhile, thinks we’ll get invitations to the iPhone 12 launch. Update: we now know that Apple is holding an event on 15 September.

Apple fans remain on tenterhooks, but it’s become clear that something is coming. The latest clue is what’s known as a ‘hashflag’ – this is when Twitter promotes a topical hashtag and makes an emoji appear whenever it’s used on the site. In this case, the hashtag #appleevent shows a blue Apple logo.

The Apple rumour site 9to5Mac has done some digging using the Hashflag Browser tool, and notes that the hashflag is set to run from today until 28 September. That gives us a pretty clear window of when to expect an announcement. (We have more speculation about the Apple Event.) 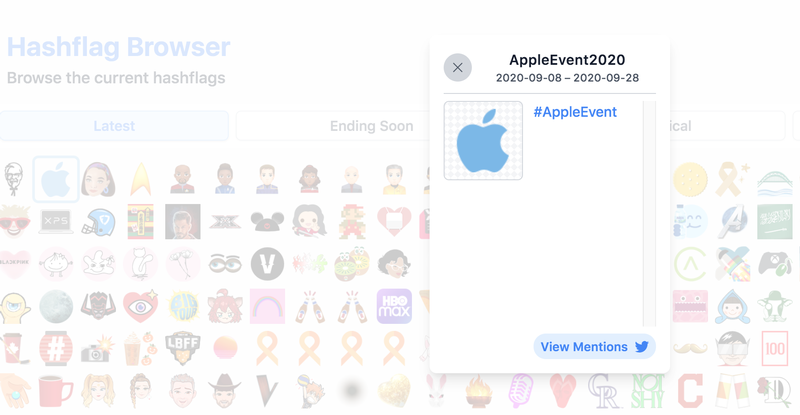 What can we expect? The big three likelihoods are the iPhone 12, the Apple Watch Series 6 and a new iPad. But we may also hear about AirTags, Apple’s expected take on the Tile style of searchable, web-connected label for wallets and bags.

Whatever is announced, you’ll hear about it first here on Macworld.