On Tuesday 15 September Apple broadcast what may be the first of three events this autumn. The tagline of the event was Time Flies, which as expected was a fairly obvious reference to a new Apple Watch, but there was more up Apple’s sleeve than a Series 6 watch. The company also unveiled a cheaper Apple Watch, a new iPad Air, a new standard iPad and a bundled services offering that has the potential to increase subscribers to Apple TV+, Apple Music and other Apple services.

There were a lot of people hoping for a new iPhone, but the iPhone 12 was a no show at the event. Apple has already said that it is experiencing delays with the new handset, so the iPhone 12 event is expected to happen later this year, probably in October. We discuss why Apple didn’t announce the iPhone 12 here.

The new version of the Apple Watch includes a new blood oxygen sensor that could help the battle against COVID-19, as well as asthma and heart failure. New sensors will be able to determine how much osygen is in your blood just by shining a light on your wrist. Apple says that it will be effective whatever your skin colour.

There will also be new blue and red colour options, a new gold stainless steel version and a graphite colour option. To match you will be able to choose from a number of new wrist bands including a Solo Loop that is made from a silicon band and a braided Solo Loop made from 100 recycled polyester yarn.

Apple claims it’s 20% faster than the previous model and the screen is apparently 2.5x brighter when outside. Read all about the new Apple Watch Series 6 here.

You can pre order the Apple Watch Series 6 from Apple here. It will be on sale Friday 18 September starting at £379/$399. 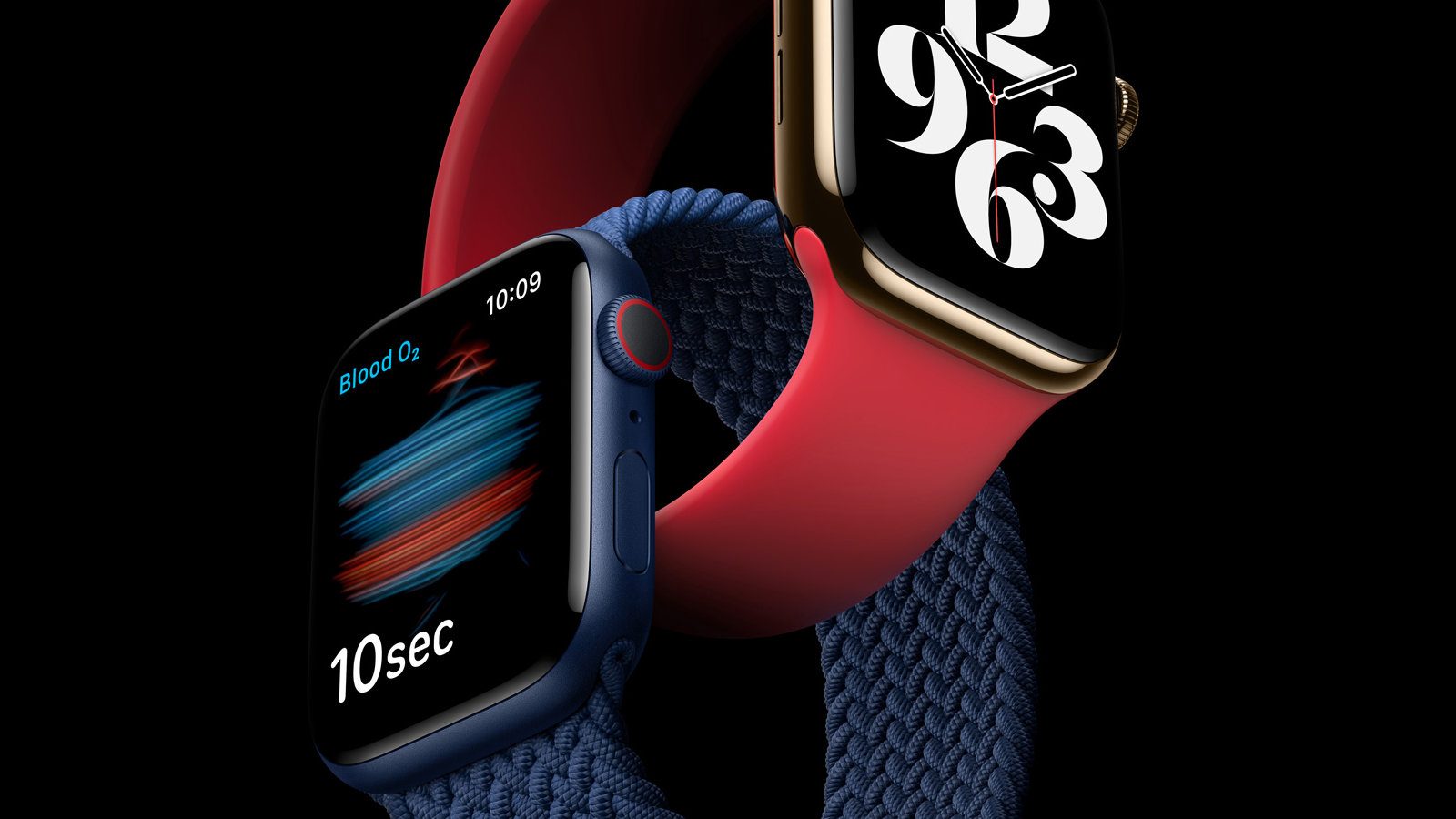 However it does lack the Blood Oxygen sensor, the ECG, and the always on display, and the processor is the S5 from the Series 5 rather than the S6 found in the Series 6. Apple says it will be 2 times faster than the Apple Watch 3. You can read more about the new Apple Watch SE here. 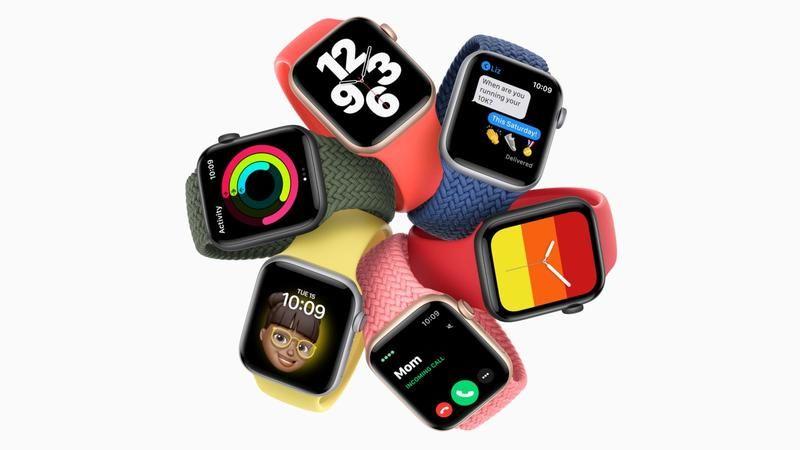 The 15 September event wasn’t only about Watches. Apple also launched a brand new, new-look iPad Air with an A14 Bionic chip.

The iPad Air now has a larger 10.9in display (up from 10.5in), new 12MP rear camera, and a Touch ID sensor built into the on/off switch. No more Home button!

The new Air also features a USB-C port rather than a Lightning port.

You will be able to preorder the iPad Air from Apple here. 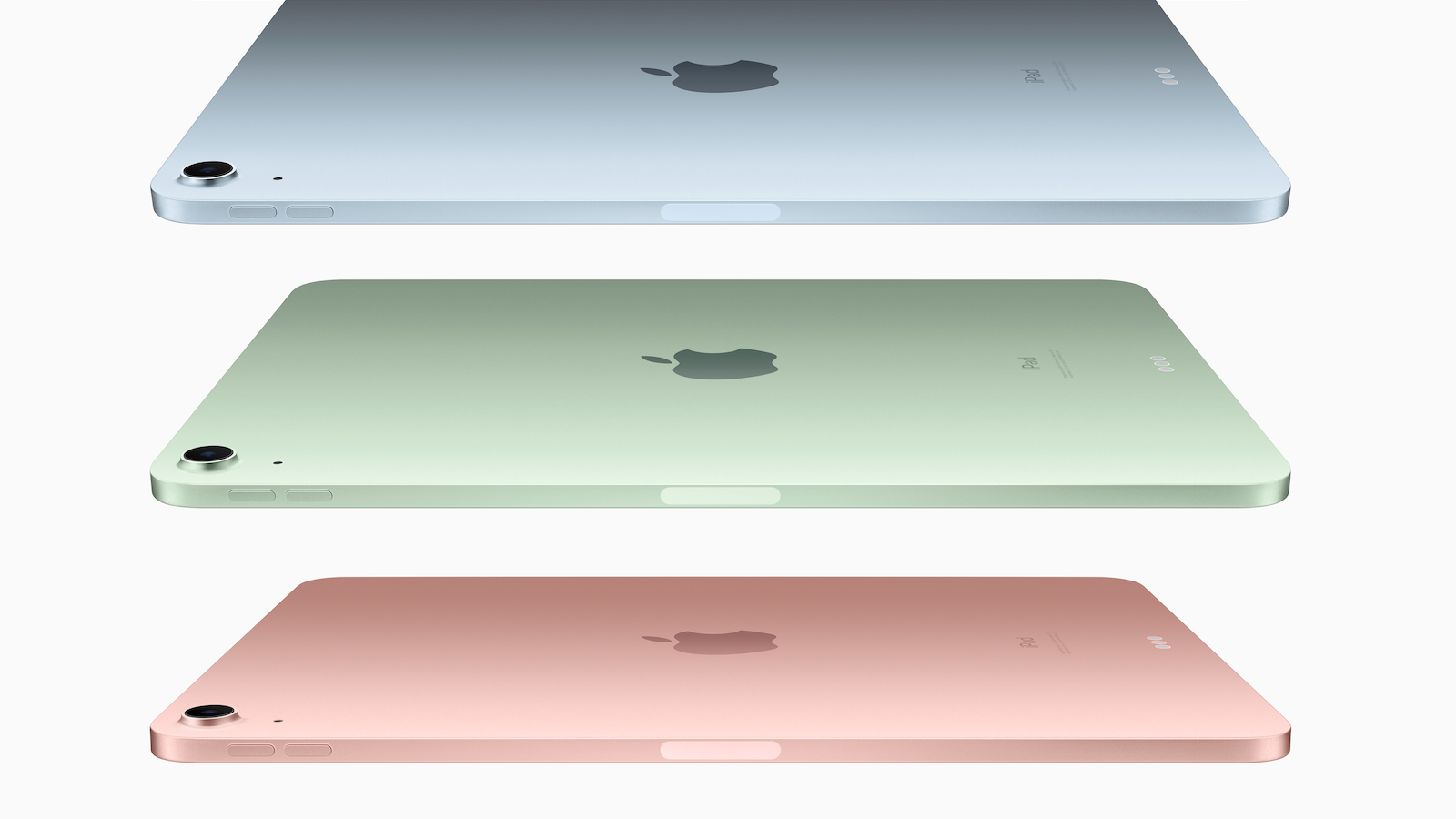 Announcing the update to the standard iPad Apple said that this standard model is the “most popular iPad”. If that’s the case we think the company has been doing its customers a disservice over the past year. Back in 2019 Apple updated the iPad with a new bigger screen, but the specs inside didn’t change, which meant that it was lumbered with a A10 chip. We are glad to report that Apple has now rectified this and the new iPad sports an A12 Bionic processor. This means that the iPad now has the Neural Engine, which will help with advanced image processing and rendering and AR features.

Unfortunately the iPad still only offers 32GB at the entry-level, which really isn’t enough.

There’s good news for UK customers: US pricing remaining unchanged but there is a £20 price reduction in the UK. It now starts at £329/$329. Read all about the new 2020 iPad here.

Apple One is a single subscription for many of Apple’s services like iCloud, Apple Music, Apple News, iCloud, and the newly announced Fitness+.

There are various plans offering different bundles. For example you can subscribe to Apple Music, Apple TV+, Apple Arcade and get 50GB of iCloud for £14.95/US$14.95 per month. There are also Family bundles. The ultimate bundle costs £29.95/US$29.95 per month and can be shared with six users. It includes: Apple Music, Apple TV+, Apple Arcade, iCloud (2TB), Apple News and the new Apple Fitness+ (coming later in 2020). Read more about Apple One here. 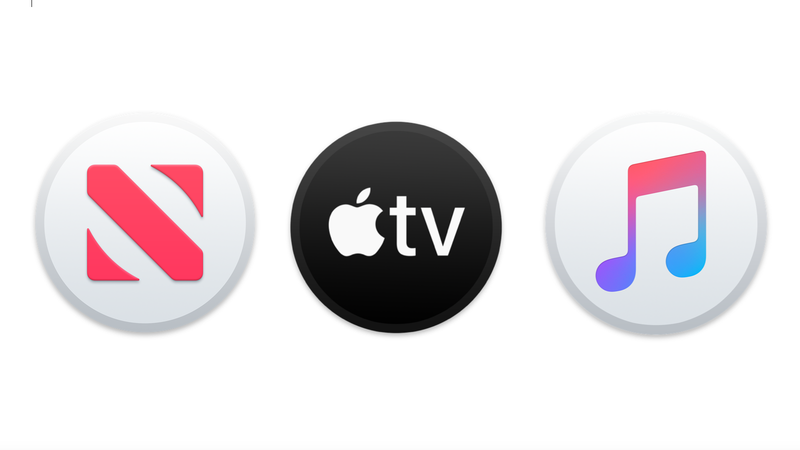 If you are interested in what else Apple might announce you may want to read our round up of upcoming Apple Products. We also have an article discussing the timing of the next Apple Event.