Apple has release the latest version of its operating system for iPhones, iOS 14. While the likes of the iPhone 11, iPhone 11 Pro and the eagerly anticipated iPhone 12 models will benefit from all the new software bells and whistles, let’s spare a thought for those older models that many of us still use.

To see what life is like on the more senior side of tech-street, I’ve installed iOS 14 on my battered iPhone 6s to see how the software copes with slightly more cramped living conditions.

There’s no difference here than with any previous installation of iOS that the iPhone has undergone. Just head over to Settings > General > Software update and let iOS do its thing. The process takes about an hour or so to complete, so if you’re planning on upgrading, much sure you won’t need your device for a while.

For more details, read how to get iOS 14 on iPhone and can my iPhone get iOS 14?

For the most part, things behave in the same way on iOS 14 as they did on the previous versions of iOS. Moving around the interface is fluid, with none of the noticeable slowdowns we’ve sometimes experienced with older iPhones when an update comes around.

From a user’s point of view, there’s not much difference in terms of how you navigate, as everything is pretty much as it was in iOS 13. In some ways this is a bit disappointing, as it means you’ll still need a bit of hand juggling to reach the upper parts of the display when trying to reach certain options, but we’re all quite used to that by now.

To see how to two versions directly compare, read our iOS 14 vs iOS 13 guide.

The battery on my iPhone 6s is something of a disaster at this point. During the short time I’ve had it installed, things haven’t seemed any worse under iOS 14. Which I guess has to go down as a plus.

There are plenty of new features in iOS 14, including widgets, App Library, updates to Messages, Maps and the new Translate app, but which ones can you expect to use on an older model?

One of the most obvious additions to iOS 14 is widgets. These mini apps can be placed on your home screens where they display live information. So, if you want to know what the weather looks like for today, be aware of the latest headlines, or simply have a selection from your photo library appear each time you unlock your device, it’s a nice feature.

One area where maybe it struggles is in sheer space available on the screen. Newer devices, with their edge-to-edge displays, have more room to accommodate multiple widgets on one screen, but the 4.7in panel on my iPhone 6s just feels too cramped for that. Heaven knows what owners of the iPhone SE will be able to use.

Adding a wider widget along the top of the page works well, but trying to move it to lower positions sees the bottom row of icons move up and the widget occasionally refusing to be dropped due to it being blocked by the row of dots that indicate how many screens you have.

There’s also an issue with some not quite working as you’d expect, as the Podcasts widget displays an episode title and the artwork for the latest episode of a show, but doesn’t give control for the one actually playing. This make it practically useless, but hopefully the issue is a bug and not a design choice, so it may be fixed in the near future.

On the whole, though, widgets are a welcome sight in iOS 14, and they work well in reducing the need for opening apps. Plus, they break up the monotony of the icon grid that has been the aesthetic every iPhone has had for the past decade.

Swiping screens from right to left will have you eventually arrive at the App Library. This works in a simple way to arrange your apps into themed folders where you can quickly find what you’re after. 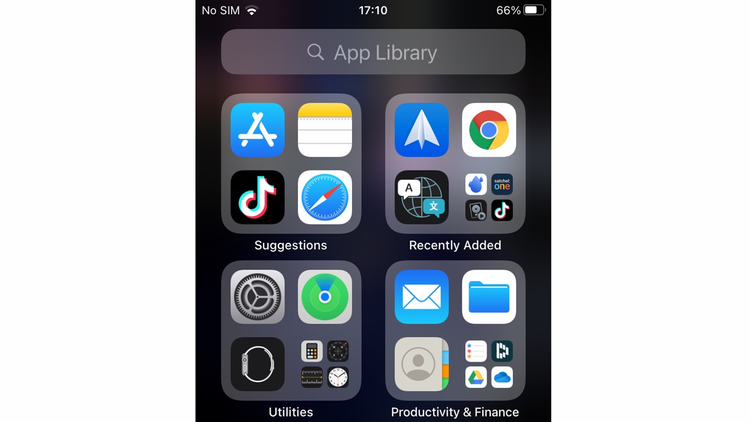 The best part of this is you can now get rid of the pages and pages of icons that were necessary before, replacing them with a few essential apps, some widgets and the App Library. To see everything the feature has to offer, read how to use the App Library in iOS 14.

A new feature in iOS 14 that’s a little odd is App Clips. This allows you to use an app for a function without actually having to download it to your iPhone.

Everything suggests this will work with older models, but at the moment it requires contact with NFC tags or options popping up in Messages, Safari or Maps, with the photo recognition for QR codes expected to arrive soon. The main problem was that I couldn’t find any local stores or services that supported the feature, so I’ll have to wait until the concept is more widely accepted before I can properly test it out.

Default apps for Mail and Browser

Perhaps the most anticipated change to iOS is the ability to change the default apps for handling email and web browsing. Thankfully this works well on my iPhone 6s: the only setup required is to download the app you want to use, go into Settings > [app] > Default Browser [or email] App, then select it as the default. 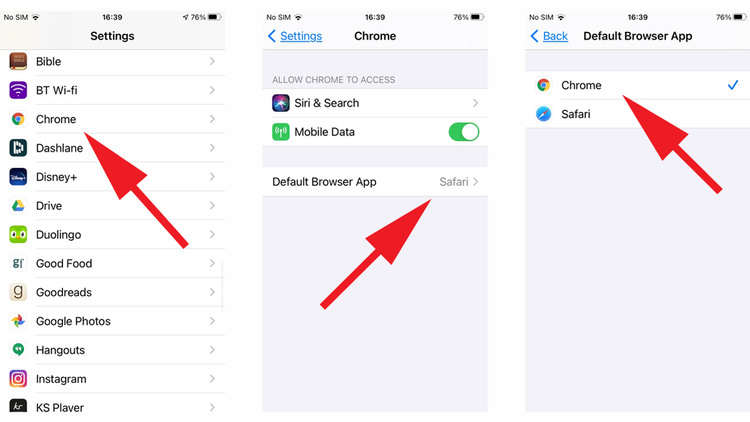 Now, when I click on links in emails, I’m immediately taken to Chrome rather than Safari, and clicking on email links takes me to Spark instead of Mail. Nice. That is, until you reboot the device, then everything reverts back to the Apple apps once more. Not so nice.

This is a known bug, however, and should be fixed soon.

Messages has new group chat features, such as in-line replies and the ability to add photos to group icons, but perhaps the most useful is pinned chats, where you can pin up to nine conversations to the top of the Messages page. 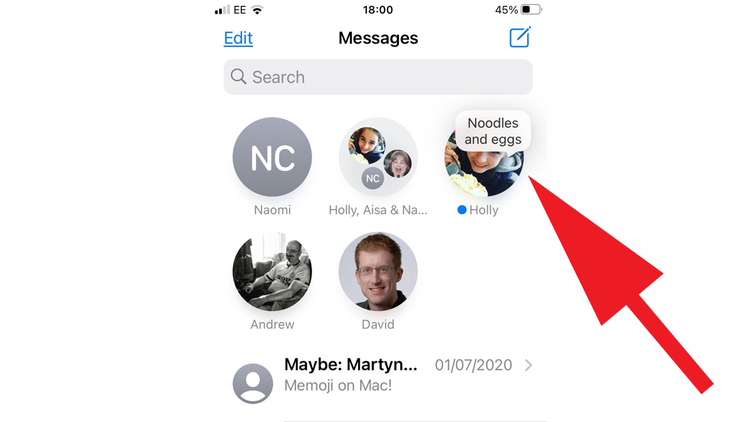 It makes it easy to pop in and out of active chats, plus you’ll see new messages coming in as they have a pop-up of what’s been said appearing over the person or group’s icon.

Maps has also had some tweaks, such as travel guides for particular cities, but as I live in Cornwall and can’t see that I’ll be travelling to busy metropolis areas any time soon, there wasn’t much there for me to look at.

Siri has been overhauled too, so that the AI now doesn’t take over the whole screen when you require its services. Instead you get a little glowing orb at the bottom of the display, while all the information on the main screen is still visible. Any results appear in cards that show at the top of the screen. It’s definitely an improvement on what went before. 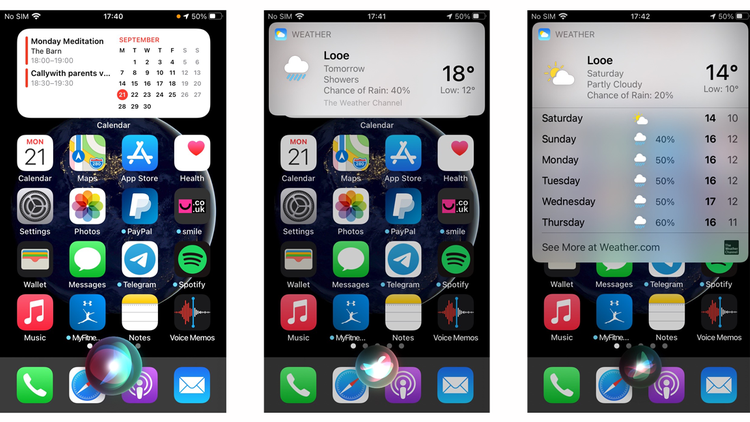 The new Translate app is also quite fun, allowing you to converse with people who speak other languages thanks to the voice input and translations. It’s not dissimilar to Google Translate, which has been available for years, but I still like that it’s included with iOS 14 out of the box.

Should I upgrade my old iPhone to iOS 14?

So far, so good, is my experience with the new software. Widgets are cool and make a welcome change to the design layout of iOS, albeit with the usual Apple limitations of how you can size them and the fact that some have obvious bugs to iron out.

The default app option for Mail and web browser is great, but the bug where it reverts to the Apple version after rebooting just seems plain careless on Apple’s behalf. This should never have been missed in testing and does make you question the thoroughness of the quality control in iOS 14.

Otherwise, it’s a decent upgrade that brings new features and doesn’t seem to break anything in the process. These days, that’s all we really ask.

To see all the new features awaiting when you upgrade, take a look at our guide to iOS 14. Or if you’d prefer to replace your ageing iPhone with a newer one then be sure to check out our best iPhone deals.