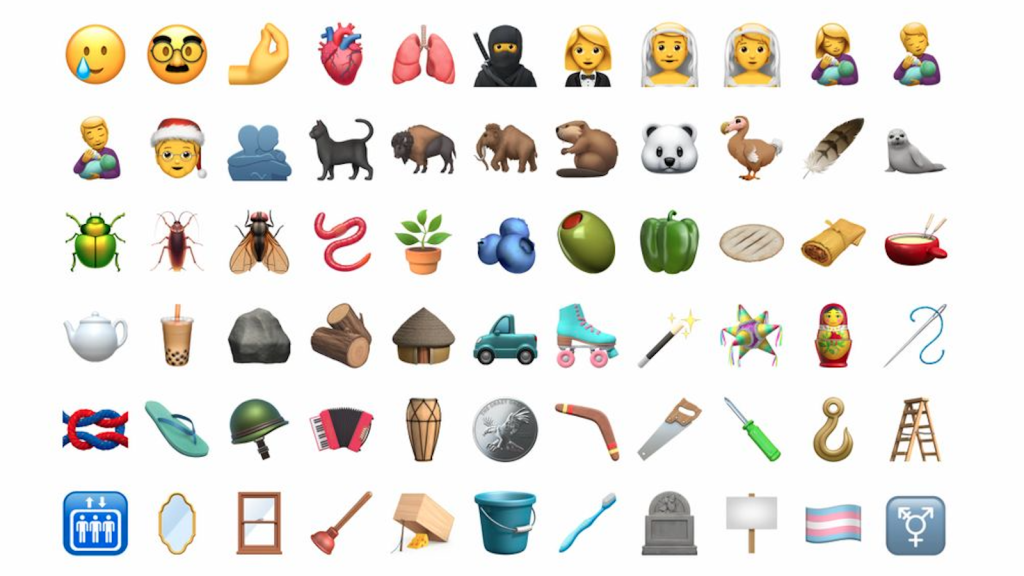 iOS 14.2 looks set to bring a collection of new emojis to iPhones.

The new emoji were presented by the Unicode consortium this spring and were promised for iOS 14. Apple actually gave a preview of the new emoji during WWDC in June, however they were not included when iOS 14.0 was released to the public.

The new emoji include an accordion, ninja, beaver, roller skates, dodo, seal, various insects, a saw and a screw driver, and Russian dolls.

The also include gender variations for people wearing a tuxedo or veil.

In 2019 a set of new emoji were released in iOS 13.2 and now it looks like the same could happen this year.

Beta 2 of iOS 14.2 includes the new symbols, according to 9to5Mac. If you are a beta tester you will have access to bubble tea, a plunger, a tombstone, a step ladder and other newcomers.

It looks like Apple will skip iOS 14.1 and go straight to 14.2. No beta versions of 14.1 have been released to either developers or the general public.

You can view the new emojis on the emojipedia blog here.

Read more about the new features coming in the next version of iOS 14.