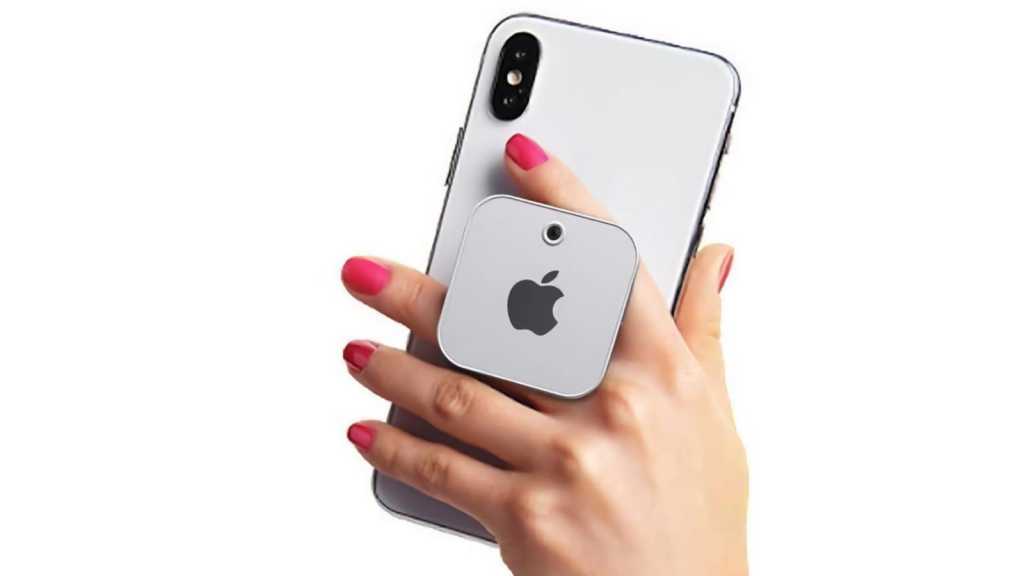 Only a few more days to go, and then Apple will present the new iPhone. That now looks pretty much nailed on. But will we get the bonus of “One more thing” at the end?

Apple analysts such as Jon Prosser and Ming-Chi Kuo think additional products are likely to appear at the event, even if they inevitably sit in the iPhone 12’s shadow. They expect Apple to announce new Bluetooth trackers called AirTags, and the AirPods Studio.

But what if Apple springs a real surprise? Like, for example, the product featured in a new Instagram video: a small device that attaches to the back of an “old” iPhone X or a new iPhone 12 and turns it into, wait for it, a mouse.

Well, sorry to say this, but no, this isn’t a real product about to be announced. The video is just a concept design by Yanko Design: an imaginary product, a what-if.

The way it works, or would work if it was real, is that the gadget on the back of the iPhone tracks its movements so it can be used like a Magic Mouse. In addition, you can (could) perform various Magic Mouse-style swipe gestures on the display, which remains dark while used in this way – and if the “mouse” function isn’t needed, the gadget serves as a helpful smartphone holder.

As cool as the design concept is, one could also question its right or need to exist. After all, MacBooks come with a good trackpad, and these are probably a lot easier to work with than an “iPhone mouse”.