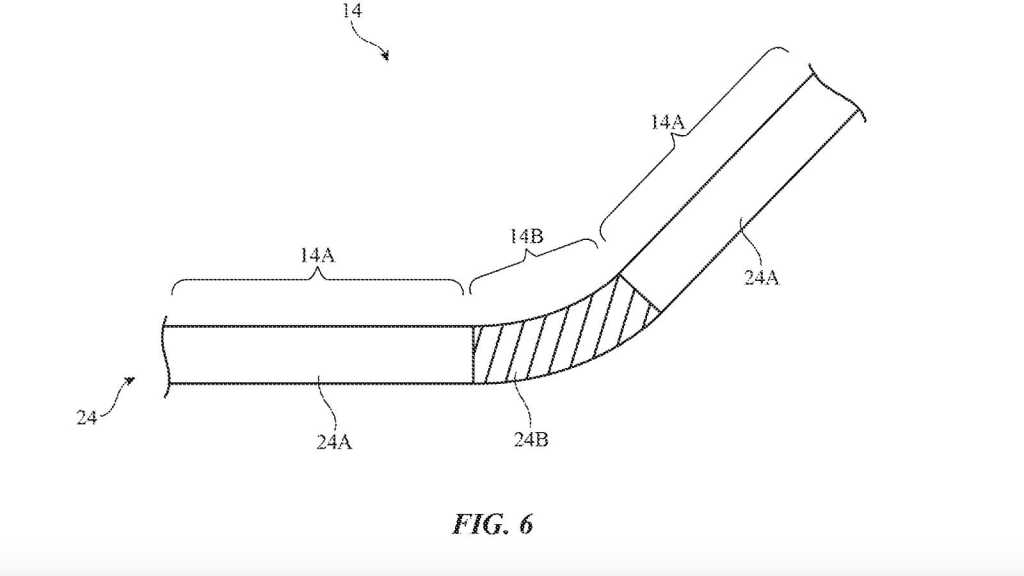 This year Samsung unveiled the Galaxy Z Fold 2, the second version of its foldable phone, and other manufacturers have added similar devices to their ranges. But Apple still seems hesitant about folding handsets – no wonder, as the company is known for only using technologies when they are fully developed and reliable.

But there are indications that Apple is working behind the scenes on devices with foldable displays. A patent application discovered by Patently Apple, for instance, describes the idea of ​​a “self-healing display”, a technology that could be particularly valuable in a foldable iPhone.

The patent describes a coating that is applied to the display (either the entire display, or just over those areas that are folded) and is capable of self-repair. This layer, which could be made of an elastomer, is elastic and malleable. This makes it less prone to scratches and dents, and those that do occur would be less visible.

The ‘healing process’ can either take place without external influence – the material simply repairing damage by itself – or with the aid of heat. Special conductors could transfer heat generated in the device, perhaps excess heat produced when charging, on to the coating in order to promote the repair.

The idea of ​​a self-healing display is not new, and Samsung has already patented a similar technology. In fact, LG built much the same technology into the G Flex back in 2014.

The self-healing tech is unlikely to make an appearance in this autumn’s iPhone 12, but could be something to look forward to in 2021. Some pundits, in fact, have claimed the folding iPhone was at the prototype stage as early as June of this year.