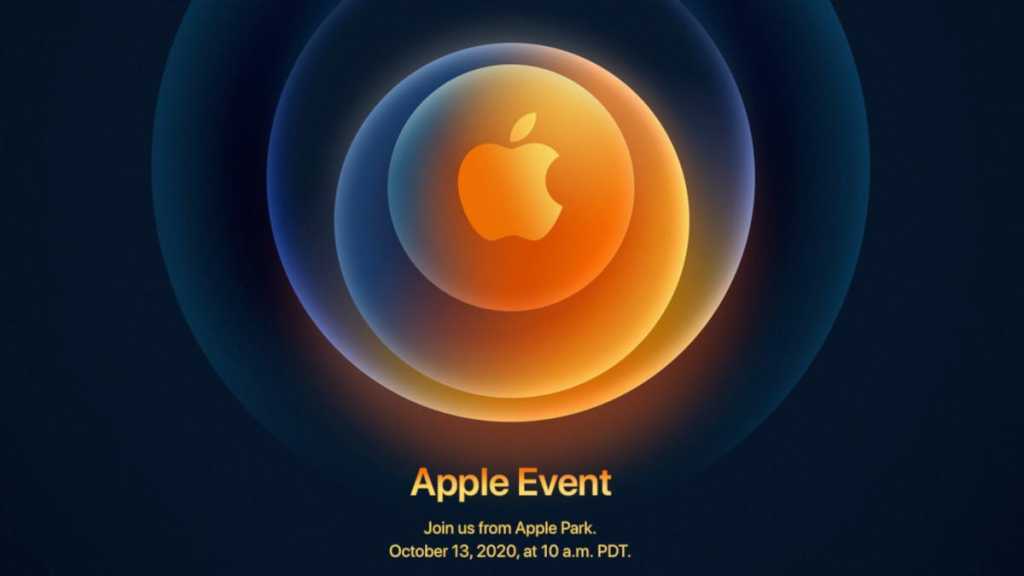 The long wait for the iPhone 12 is almost over. Apple has now officially announced its next press event, and it’s happening – as we’ve all been expecting for some time – on 13 October.

The event will be broadcast from Apple Park (it’s a virtual event, of course; it’ll be another pre-recorded video, same as for the Time Flies event on 15 September) and start at 10am PDT. That’s 6pm here in the UK, or 1pm on the East Coast of the US.

Apple sent out the invitations late on 6 October, giving the world’s press a week to prepare for the biggest tech event of the year. Because it’s a virtual event the company could have got away with considerably less notice, since journalists won’t need to pack their suitcases or book hotels; perhaps it learned a lesson from the pushback it got from developer partners after giving them just one day’s notice ahead of the rollout of iOS 14 and watchOS 7.

The event’s tagline is “Hi, Speed.” Aside from the excruciating pun and pedantic punctuation – both Apple trademarks – it feels like an unusually transparent hint: what could it mean beyond the imminent launch of a very fast device? Given that speed test results have recently leaked for the extremely rapid A14 processor, it’s hard to escape the feeling that we’re being told to get ready for the iPhone 12.

Of course, Apple would never reveal in advance of the event what it’s actually going to be announcing, and it’s possible this is yet another sleight of hand: the unveiling of some new (very fast) Macs, say, with the iPhone pushed back yet again until November.

(On the other hand it’s hard to make a case for the AirPods Studio or new HomePod being ‘fast’ in any meaningful sense. If they make an appearance, they will be a side dish, not the main course.)

But we’d say that another delay to the iPhone 12 is the longest of all possible long shots. The leaks, the hints, the insider gossip, the strategic logic all point to an iPhone 12 launch happening now, in October, as soon as possible. Apple stands to lose too much if it waits any longer, and sources in the supply chain suggest factories have been working night and day to get the handsets ready in time.

We may not get every model of iPhone 12 this month, though. Given the logistical bottlenecks Apple has faced this year there may be a split launch, with all four models announced at once but only two available to buy initially.

For all the latest leaks and gossip ahead of the launch, visit our iPhone 12 news hub. If you need an phone right this minute, however, you may prefer to read Best iPhone deals.